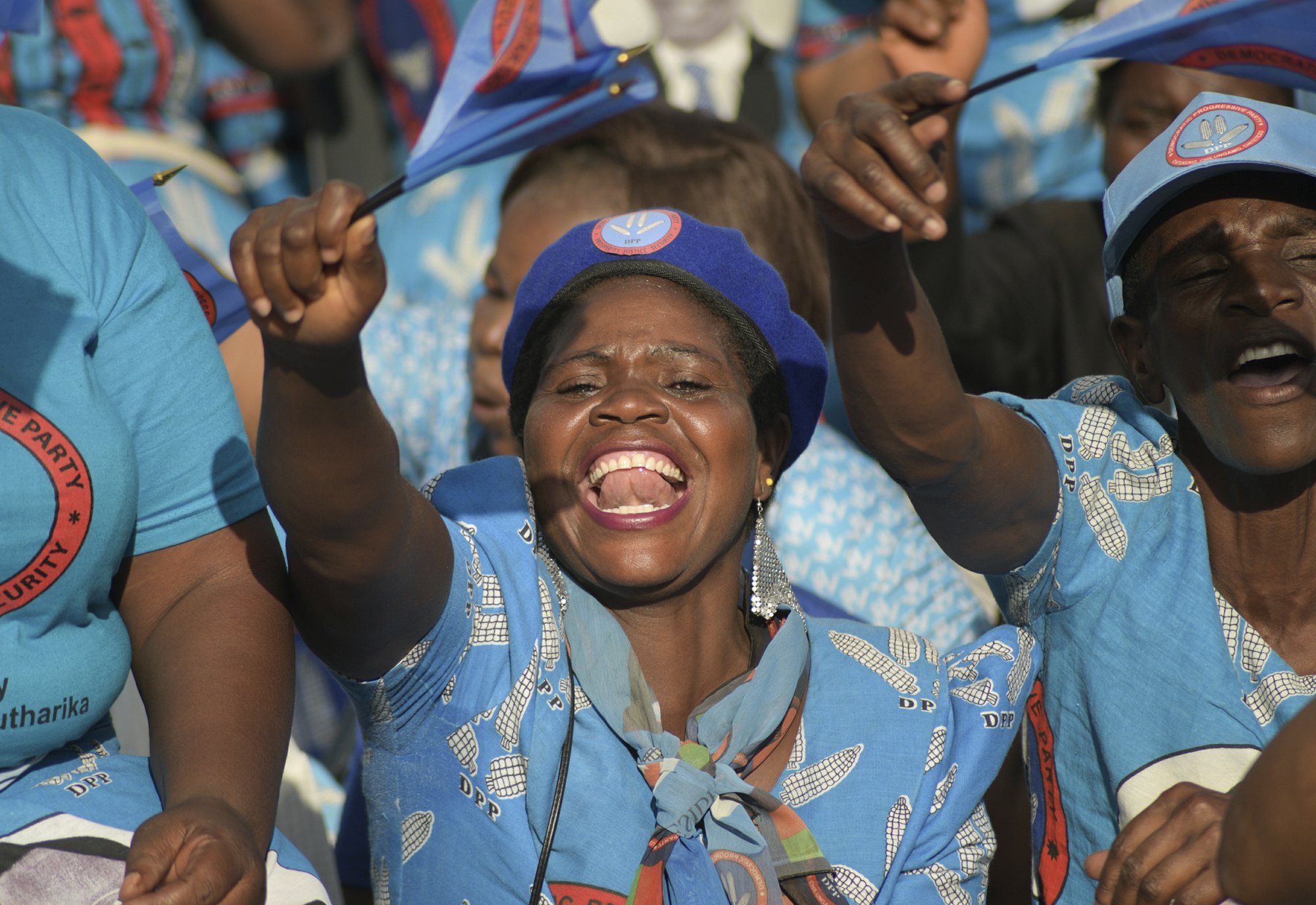 Democratic Progressive Party (DPP) supporters attend a final election rally led by Malawian President, Peter Mutharika, in Blantyre, Malawi Saturday, May 18, 2019. Corruption and the need for economic growth are the main campaign issues as Malawi goes to the polls on Tuesday for a presidential election that pits the incumbent 78-year-old president Peter Mutharika of the ruling Democratic Progressive Party against his own vice president, 46-year-old Saulos Chilima as well as the main opposition party leader Lazarus Chakwera, 64. (AP Photo/Thoko Chikondi)

LILONGWE, May 19: Corruption and the need for economic growth are the main campaign issues as Malawi goes to the polls Tuesday for a presidential election that pits the incumbent against his own vice president as well as the country’s main opposition party.

The need to protect people with albinism has also emerged as a hot election topic in this southern African country.

More than 6 million people are registered to vote in the elections that also will decide 193 parliamentary seats in one of the world’s poorest countries. As in previous elections, the results of the presidential vote likely will be challenged in court.

Although seven candidates are running for president, just three are seen as having a chance at winning. As Malawi has no runoff election, whoever receives the most votes wins, even if the share is well below 50%.

Former president Joyce Banda has dropped out of the race and is supporting Chakwera via a coalition with her People’s Party.

While Mutharika pursues a second five-year term, he has been dogged by rivals’ accusations of corruption, which he has denied.

Political analyst Andrew Mpesi said the graft charges could hurt the president in this election.

“Every Malawian is aware that almost every day the front pages of mainstream papers in this country reported government corruption, theft and abuse of public resources,” he said.

Despite allegations of election-rigging being exchanged by Mutharika and Chilima, Mpesi said Malawi’s electoral commission has been transparent during the preparation process, “which gives people some confidence that we can have better elections.” Opposition parties appear to have improved their ability to monitor the process, he added.

The killing and abduction of people with albinism, and the widespread impunity for those who carry it out, also has emerged as an election issue. Twenty-five people have been killed and 10 have gone missing since late 2014, according to the Association of People Living with Albinism.

People with albinism are targeted for their body parts, which are sold to be used in potions made by witchdoctors who claim they bring wealth and good luck.

Opposition candidate Chakwera has vowed to end the killings of people with albinism within a month of taking office. Mutharika has rebuked him, however, saying that “it is immoral for any political leader to sink so low and use the suffering of our brothers and sisters with albinism for political gain.”

Newcomer Chilima, whose party is only nine months old after breaking with Mutharika’s party during a power struggle, is appealing to Malawi’s younger voters, who make up 54% of those registered in this election. He is promising jobs in a country where unemployment is over 20%.

Mutharika, meanwhile, says his government is committed to introducing more infrastructure development projects, pointing to the construction of roads, bridges and hospitals during his time in office.

For the first time, the election is being carried out under a new law that regulates funding for political parties, which now must declare all donations exceeding $1,398 from individuals and $2,796 from companies.

Campaigning for Tuesday’s election ends on Sunday. Voting results are expected to be announced within eight days, though it took 10 days to announce results in the previous election in 2014.

Voter Mark Likoswe, who repairs shoes in the city of Blantyre, expressed concern about possible unrest.

“I feel that violence might break out because there is tension due to the way rival parties have handled themselves,” he said.