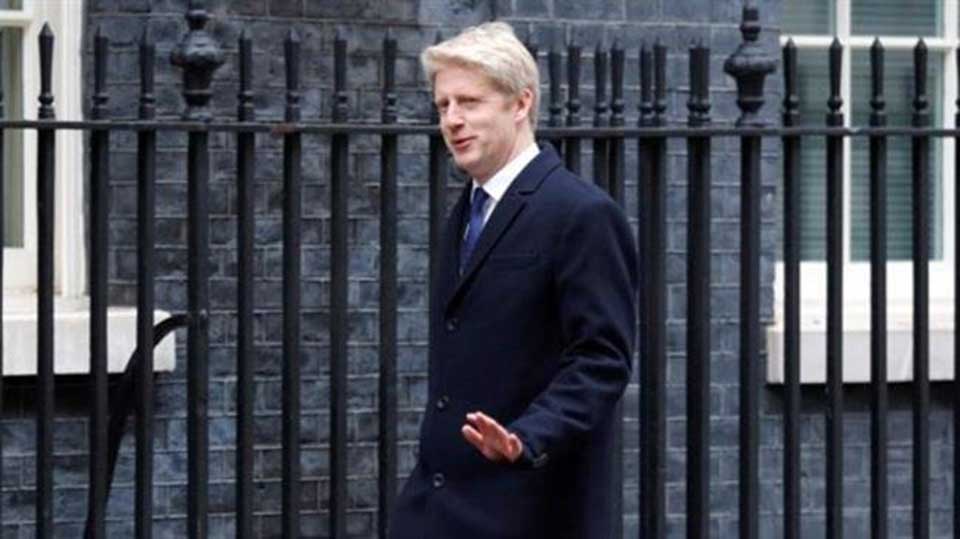 LONDON, Nov 10: British transport minister Jo Johnson has resigned from his post, dealing a severe blow to Prime Minister Theresa May who is hoping to win parliament’s backing for her Brexit plan.

Jo is the younger brother of Boris Johnson who quit as UK foreign secretary in July over May’s plans to leave the European Union.

In the 2016 referendum, Jo Johnson voted to remain in the bloc, while his brother Boris voted for leave.

On Friday, Jo called May's Brexit deal “con,” demanding a Final Say referendum to allow the public to decide about the fate of their country.

“It has become increasingly clear to me that the Withdrawal Agreement, which is being finalized in Brussels and Whitehall even as I write, will be a terrible mistake,” he added.

Johnson said, "Britain stands on the brink of the greatest crisis since the Second World War," adding, “The democratic thing to do is to give the public the final say.”

May is in the final phases of talks with Brussels on clinching a deal that could guarantee a smooth Brexit and ensure that there would be no hard border between the two sides on the island of Ireland.

However, the negotiations may collapse simply because of the very issue of the Irish border as the two sides keep insisting on their conditions.

According to a senior journalist, the government will officially release the details of a long-anticipated deal next week.

Sam Coates, who has seen a draft timetable on the issue, said Thursday that the cabinet would discuss the Brexit deal on Monday and the publication of the full Withdrawal Agreement would be due on Tuesday.

The reported finalization of the Brexit agreement effectively puts an end to calls for a second referendum on Brexit or a reversal of May’s Brexit strategy.

May had indicated several times that she would bring the United Kingdom out of the EU on March 29, 2019, no matter what happens at the end of the Brexit talks.

A traitor like Madhav Nepal has no space in the party: UML Chairman Oli
9 hours ago