Jha manages to get reappointed as NTA head 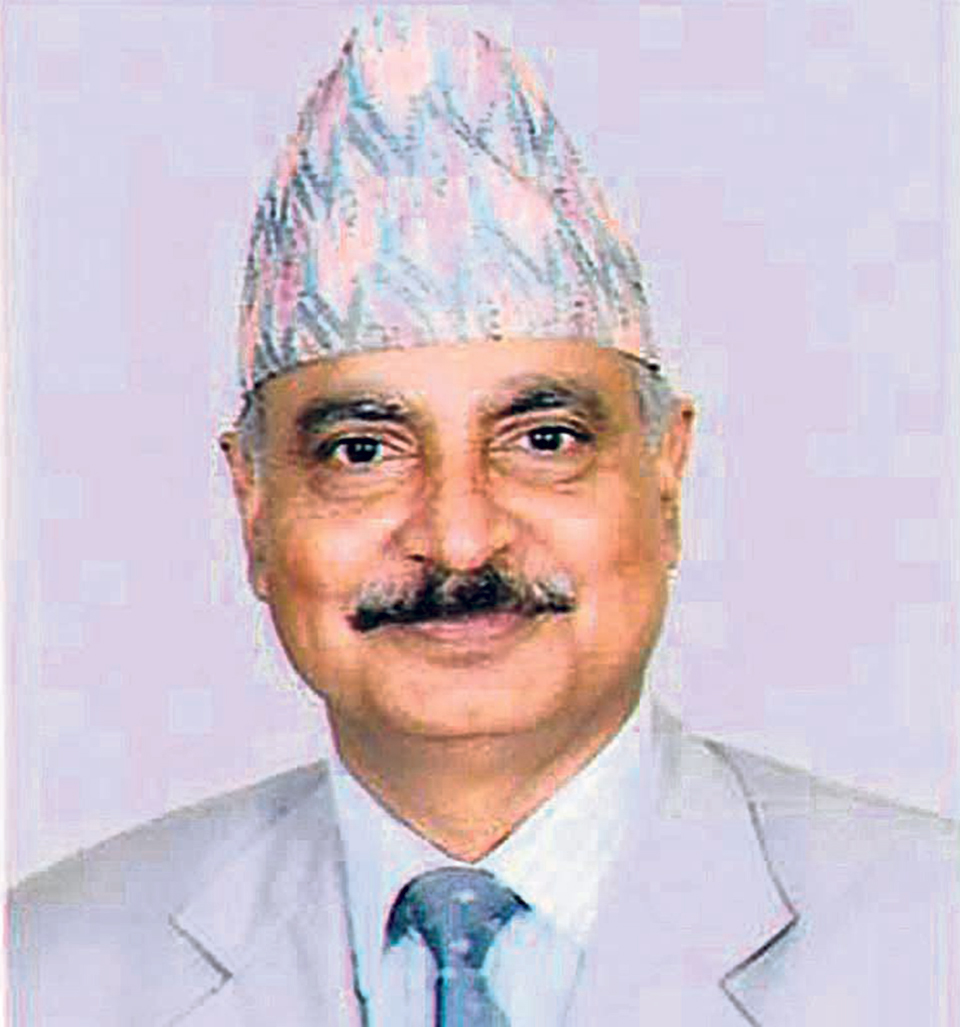 KATHMANDU, Sept 8: The government has reappointed the controversial Digambar Jha as chairman of Nepal Telecommunications Authority (NTA), 64 days after he was removed from the post.

The cabinet meeting Thursday night decided to re-appoint Jha on the direct proposal of Prime Minister KP Oli. Minister of Information and Communications Technology Gokul Baskota had embarked on a visit to Ethiopia earlier this week after forwarding the proposal on Jha’s appointment as head of the telecommunications regulatory body.

A plan to appoint him at the previous cabinet meeting had been put on hold as some ministers opposed.

“No one spoke up against the proposal Thursday night after Prime Minister Oli himself proposed Jha for the post,” said a minister requesting anonymity. Besides Jha, the Ministry of Information and Communications Technology had nominated former government secretary Sushil Ghimire and senior director of NTA Purushottam Khanal as candidates for the post.

Jha’s tenure at NTA was criticized for not taking any initiative to retrieve the profit tax during the ownership transfer of Ncell. Questions were also raised about irregularities during 4G technology licensing and optical fiber expansion.

A few months after assuming office, Information Minister Baskota, acting on a report on Jha’s performance as the NTA helm, had restricted him to administrative work. Later, Jha along with other political appointees by the Deuba government, were removed by a cabinet decision on July 4.

Jha moved the Supreme Court against the government decision and the apex court stayed the decision. But everyone was taken by surprise when Jha withdrew the case before a full verdict was handed down.

Dispute in cabinet and bribe offer
Information minister in the Deuba government Mohan Basnet re-appointed Jha as NTA chairman on November 20 last year. Basnet informed media that Jha was re-appointed for a year. But the official decision stated that the appointment was for four years. According to sources, Basnet returned to Kathmandu from his election campaign to correct the appointment to four years. Though there is no provision of taking an oath of office from the minister, Jha took an oath from Minister Basnet after his reappointment.

Earlier in 2012, a cabinet meeting had witnessed a heated debate between then chief secretary Leelamani Paudel and Information Minister Raj Kishor Yadav after Paudel questioned Jha’s qualification to be NTA chairman. Amid the dispute, the Baburam Bhattarai government appointed Jha as NTA chairman on December 4, 2012. But Supreme Court stayed Jha’s appointment for over two years over the question of his qualification. Jha assumed office only after a joint bench of the apex court approved the appointment.

Before that, Jha had offered Rs 100 million* to then supply minister Lekh Raj Bhatta for re-appointment as Nepal Oil Corporation (NOC) general manager in 2012, said a source close to the minister. After Bhatta refused the bribe and started preparations for appointing the NOC head through open competition, Jha sought the help of then industry minister Anil Jha, who offered financial support for the Maoist party if Jha was appointed  NOC chief. “Even then Maoist chairman Pushpa Kamal Dahal and other leaders had suggested to Bhatta to appoint Jha to the post but he rejected it,” said the source.

Jha’s tenure as NOC general manager was also controversial. He was appointed head of the body by then supply minister Rajendra Mahato on September 5, 2007 during the seven-party and Maoist government led by Girija Prasad Koirala.

Jha worked at the Small Towns Water Supply Sanitation Project and Road Maintenance and Development Project prior to his appointment to the NOC.

*This story corrects the bribe amount that appeared on print.

KATHMANDU, Dec 27: The government forced controversial Digambar Jha, the chairman of Nepal Telecommunications Authority (NTA), out of the post on... Read More...

KATHMANDU, Sept 4: A cabinet meeting on Sunday could not finalize a name for the vacant position of chairman of Nepal... Read More...

It is difficult to run hotels according to the prevailing policy: HAN
14 minutes ago