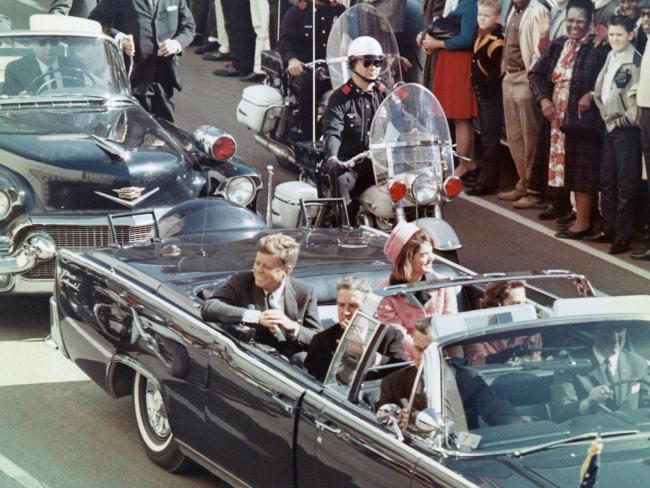 OCT 29: IF anyone was expecting that the 2800 declassified documents that have been released into the assassination of US President John F. Kennedy would provide more clarity into his assassination. and who was behind it, they would be feeling a little disappointed.

On the other hand, if you are looking for a few more juicy details to back up your favourite conspiracy theory then there is plenty here to pick over.

The question remains. Is it possible “lone gunman” Lee Harvey Oswald acted alone in killing Kennedy, shooting him from the sixth floor of the Texas School Book Depository in Dallas. Or was there involvement with the Russians? The Cubans? The Mafia? The CIA? The Vietnamese? Vice President Lyndon B Johnson?

The list of conspiracy theories is long and won’t be shortening after the White House released this latest cache of documents.

What to make of the autocratic FBI head J. Edgar Hoover and the anonymous telephone call his organisation received the day after Kennedy was shot and killed on November 22, 1963?

In a memo composed by Hoover on November 24, just hours after Oswald was killed by Jack Ruby, a man who claimed Mafia connections, he spoke of an anonymous phone call the FBI had received.

“Last night we received a call in our Dallas office from a man talking in a calm voice and saying he was a member of a committee organised to kill Oswald,’’ Hoover wrote. “We at once notified the chief of police and he assured us Oswald would be given sufficient protection.

“This morning we called the chief of police again warning of the possibility of some effort against Oswald and again he assured us adequate protection would be given. However, this was not done.’’

Hoover also could see the rise of the conspiracy theorists when it came to determining who really killed JFK.

In the memo he also said he was concerned about “having something issued so that we can convince the public that Oswald is the real assassin’’.

That could be read two ways. Was he looking for the definitive proof that Oswald was the assassin? Or was he looking to concoct a plausible-sounding story that would fool the public into believing it was Oswald?

Then there was the story of Oswald and his “broken” Russian. The CIA learnt Oswald visited the Soviet embassy in Mexico City on September 28, 1963 and spoke with Consul Valeriy Kostikov. They found this out when on October 1 they intercepted a phone call from Oswald to the embassy when he asked a guard if there was “anything new concerning the telegram to Washington’’.

Adding to the Russian intrigue, there was the FBI document which tells of an anonymous phone call to a British newspaper called the Cambridge Newsrecommending the reporter phone the US embassy to ask if any “big news’’ was happening and then hung up. This was 25 minutes before Kennedy was shot, and it shouldn’t be forgotten at this time Cambridge was seen as a haven for Russian spies.

More information has also been released about the CIA’s frequent, often bizarre, attempts to assassinate Cuban leader Fidel Castro. There was the wet suit that was to be contaminated with a “fungus producing madera foot, a disabling and chronic skin disease, and also contaminating the suit with tuberculosis bacilli in the breathing apparatus’’.

Then because Castro was a keen diver, thought was given to finding a sea shell big enough to hide explosive to kill the Cuban leader. There wasn’t. Other wild theories about who was behind the murder of Kennedy are also canvassed in the documents.

One postulates the real killer of Kennedy was Dallas policeman JD Tippit. Tippit was shot by Oswald 45 minutes after he shot Kennedy. Tippit was the alleged head of extreme right wing John Birch Society and the note suggests he may have met Oswald in Jack Ruby’s nightclub a week before the assassination.

Among the theories was one held by Johnson, who became president after Kennedy’s death, that it was the South Vietnamese who were responsible. The thinking being that the Americans had killed President Ngo Dinh Diem on November 2 and this was payback.

No doubt more will emerge. US president Donald Trump has said he will release all remaining documents regarding Kennedy’s demise which will, no doubt, provide the fuel for ever more conspiracy theories.

KATHMANDU, Aug 9: The Commission for the Investigation of Abuse of Authority (CIAA) today filed a charge sheet against Jivnath... Read More...

IPOs worth Rs 1.21 billion to be issued
31 minutes ago