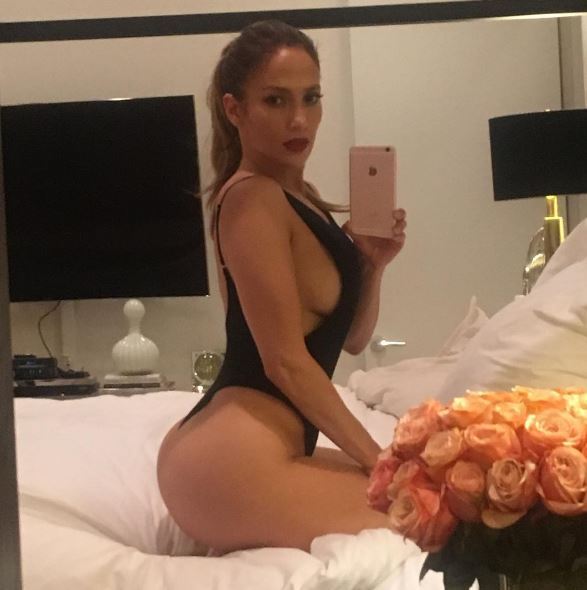 For no explanatory reason other to remind us that she still got the glow, Jennifer Lopez took to her Instagram account and posted a very seductive selfie that managed to attract a ton of attention.

More than one million people’s worth of intention to be exact. In under 24 hours, the post has since been liked 1.2 million times. Not too shabby for a 47-year-old mother of two.

The caption for the photo simply included a trio of hashtags: “#loveyourselffirst #feelingempowered? #healthybodyhealthymind” that can be attributed to her model-esque frame being a result of regular exercise with clean eating.

Having dating A-listers such as Diddy, Ben Affleck and Marc Anthony in the past, JLo is no stranger to copious amounts of gawking at her body but she hasn’t had much wiggle room for sexy flicks for the ‘Gram outside of shots from her various live concerts. Her recent line of employment in NBC’s highly touted cop drama, Shades of Blue, keeps her looking distressed and with a gun in her hand — the complete opposite of the bedroom internet breaker in question. The show was picked up for a second season back in February and has acquired a loyal viewership amongst young adults.

But deep down inside, it appears she knows what the people really care about. Get a load of some of the wildest reactions from JLo’s selfie down below.

HOLLYWOOD, April 17: Jennifer Lopez may have finally found a man who can keep up with her on and off the dance floor. Read More...

I love Drake, he is brilliant: Jennifer Lopez

Singer Jennifer Lopez, who was rumored to be dating Drake, has praised the R&B star saying he is brilliant and... Read More...