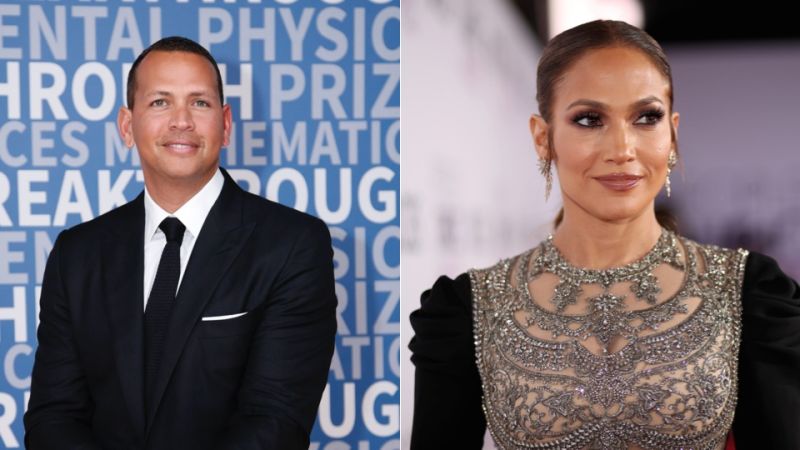 HOLLYWOOD, April 17: Jennifer Lopez may have finally found a man who can keep up with her on and off the dance floor.

The "Dance Again" singer and Alex Rodriguez are currently living the high life during a luxury vacation to the Dominican Republic, and last night they danced the night away together.

But the trip isn't all about J.Lo's romance with her new man. Jenny from the Block is actually in the Caribbean country for her highly publicized concert with ex-husband Marc Anthony, which also happened last night.

Before she hit the floor with Rodriguez, Lopez and her former flame took the stage in a sold-out show at Los Altos de Chavon theater in La Romana on Saturday night. The concert marked the glittery hitmaker's first show in the DR, and clearly Rodriguez wanted to be there to see his star shine.

Judging from the video, Lopez and her former Yankee baseball stud had some sizzlin' times at the concert's after-party. A partygoer filmed the mega-watt couple at last night's bash and the two appear as if they're having a blast groovin' to a very up-close-and-personal performance happening right in front of them. Nice moves, A-Rod!

As previously reported, Lopez touched down on Thursday, but before long, Rodriguez was quickly on the scene to spend time with his new flame ahead of her historic show.

But it looks like Lopez will be staying a few extra days for some down time. The Shades Of Blue actress is set to vacation in the tourist town fora total of 10 days, bunking up at the Casa de Campo Resort & Villas. The resort's luxury villas will run you $10K per night. With a base price tag of $100K—we wonder which of the successful twosome is footing the bill?

Last week, it was learned that duo's romance has been heating up and is getting more serious—and this trip may be the clincher on taking it to the next level.

"Boyfriend and girlfriend titles have been vocalized with each other," a source previously shared "What was a hot, casual thing is turning into something more serious."

Recently, A-Rod gushed over the superstar during a visit to The View. "She's an amazing, amazing girl. One of the smartest human beings I've ever met and also an incredible mother," said the baseball star. "She just likes simple things. I mean, she's a very, very simple person. Loves family. Is a great sister. Is a great daughter."

She's also a great dancer...and we love that he can keep up!

I love Drake, he is brilliant: Jennifer Lopez

Singer Jennifer Lopez, who was rumored to be dating Drake, has praised the R&B star saying he is brilliant and... Read More...

I grew up with holes in my shoes: Jennifer Lopez

Singer-actress Jennifer Lopez can afford the best of labels today, but there was a time when she used to wear shoes with... Read More...