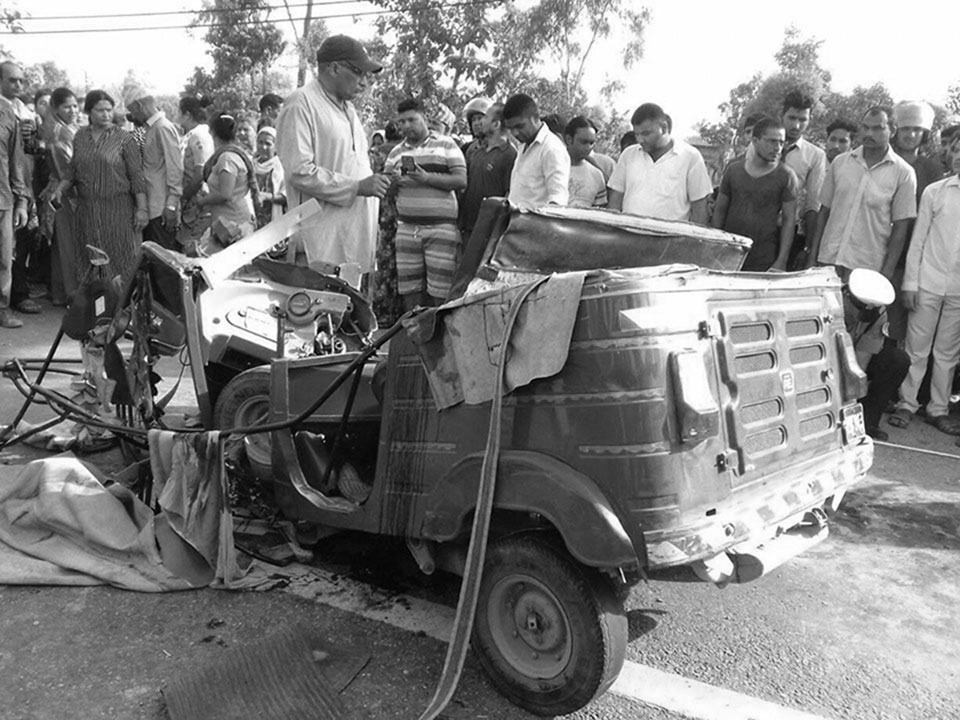 KANCHANPUR, June 14: Three persons travelling through auto rickshaw died on the spot at Bhimdutta municipality-8, Bangaun of Kanchanpur this morning. The accident took place when the JCB knocked the auto rickshaw.

One woman and two men lost their lives when the JCB (Se 1 Ta 733) en route to western direction hit the auto rickshaw (Me 1 Ha 763, according to the District Police Office, Kanchanpur.

Likewise, five other people who were travelling in the auto also sustained injuries. The injured are undergoing treatment at Bhimduttanagar-based Mahakali Zonal Hospital.

Gyan Bahadur Bista, Deputy Superintendant of Police (DSP) and spokesperson of District Police Office Kanchanpur, informed that the dead bodies are being collected in a place, but identities of the deceased have yet to be ascertained.

JCB driver went at large after the accident, police said.

UDAYAPUR, Jan 18: Ward member of Jantedhunga rural municipality in the district died when an auto-rickshaw met with an accident... Read More...