Jazz albums to add to your playlist

Jazz is one of the most popular and significant genres of music that has avid fans and listeners all over the world. Jazz is a music genre that originated in the African-American communities of New Orleans in the United States of America in the late 19th and early 20th centuries. It actually evolved from blues and ragtime. As of now, it has inspired musicians from all over the world to showcase their creativity and love for music, thanks to its improvisational and flexible style. Here is a list of jazz albums to listen to for anyone interested to get familiar with what is hailed as “one of America’s original art forms”.

Ryo Fukui’s 1977 highly sought-after jazz gem Mellow Dream is truly an underrated album. Ryo Fukui continues his exploration of modal, bop and cool jazz sounds with meticulous grace and absolute mastery. Ryo Fukui was a Japanese pianist based in Sapporo, Japan. His works have been gaining steady popularity after his death in 2016 and his lost album “My Favorite Tune” was finally rediscovered by a jazz enthusiast on YouTube. As its title suggests, Mellow Dream ventures into slightly mellower, more soulful, and sometimes more contemplative territories while still packing the commanding punch Fukui’s work is loved for. Tracks on the album include “Mellow Dream”, “My Foolish Heart”, “Baron Potato Blues”, “What’s New”, “Horizon” and “My Funny Valentine”. 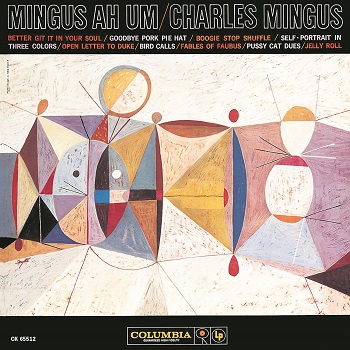 One of jazz’s most colorful characters Charles Mingus, a bass player and composer originally from Arizona but raised in Los Angeles, released Mingus Ah Um in 1959. It includes elements of hard bop, plaintive blues, and gospel singing. The album is regarded as an extended tribute to ancestors because it derives inspiration from Mingus’s childhood as well as his ethnicity. The album also had a biting political edge thanks to the track “Fables Of Faubus”, which attacked Arkansas Governor Orval E Faubus, who resisted racial integration in American schools. Key tracks from the album are “Better Get It in Your Soul”, “Goodbye Pork Pie Hat”, “Boogie Stop Shuffle”, and “Self-Portrait in Three Colors” to name a few. 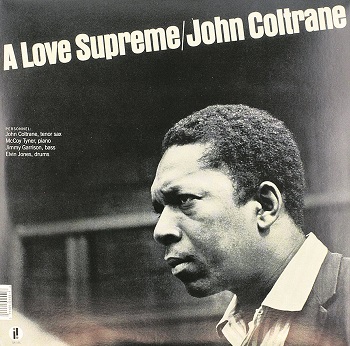 Another iconic jazz album in this list, A Love Supreme has a legacy in the jazz world like that of Kind of Blue. It was released in 1965 and is regarded as Coltrane’s masterpiece. The album is credited to creating what is now called spiritual jazz. A Love Supreme was the first time that a musician had successfully used the language of jazz to explore deeper metaphysical concerns. It is also often categorized as avant-garde jazz and free jazz due to how the album is structured: It is divided into four pieces but it all comes under one musical narration. The four parts are titled “Acknowledgment”, “Resolution”, “Pursuance”, and “Psalm”. 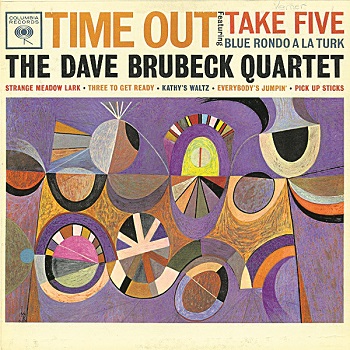 Time Out album finds Dave Brubeck’s classic quartet, featuring Paul Desmond on alto sax, experimenting with a range of unorthodox time signatures (which are notational convention used to specify how many beats are in each measure and which note value is equivalent to a beat). Though upon release it received negative reviews from critics, the album featured an unlikely hit single called “Take Five” and went on to sell over two million copies and is certified platinum. These tracks on the album are classified as “cool jazz” and proved that jazz didn’t have to be wild and way out to be revolutionary and innovative and that it could be just as powerful with a laid back feel and a subtleness to it. Other tracks from the album are “Strange Meadow Lark”, “Blue Rondo à la Turk”, “Three to Get Ready” etc.

Kind of Blue by American jazz trumpeter Miles Davis celebrates its 60th year in 2019. Throughout these six decades of its existence, it has often been cited as the bestselling jazz albums of all time. The album features Davis’ ensemble sextet consisting of saxophonists John Coltrane and Julian “Cannonball” Adderley, pianist Bill Evans, bassist Paul Chambers, and drummer Jimmy Cobb, with new band pianist Wynton Kelly appearing in one track in place of Evans. In this album, Davis followed up on the modal jazz experimentation by basing Kind of Blue entirely on modality, departing further from his earlier works which was mostly hard bop style of jazz. The most popular tracks in this album include “So What”, “All Blue”, “Flamenco Sketches”, and “Freddie Freeloader”.

When it comes to shutting out the world and getting focused on the task at hand, a good soundtrack can... Read More...

Smart lockdown to be enforced, int’l flights to resume
36 minutes ago

Smart lockdown to be enforced, int’l flights to resume
36 minutes ago