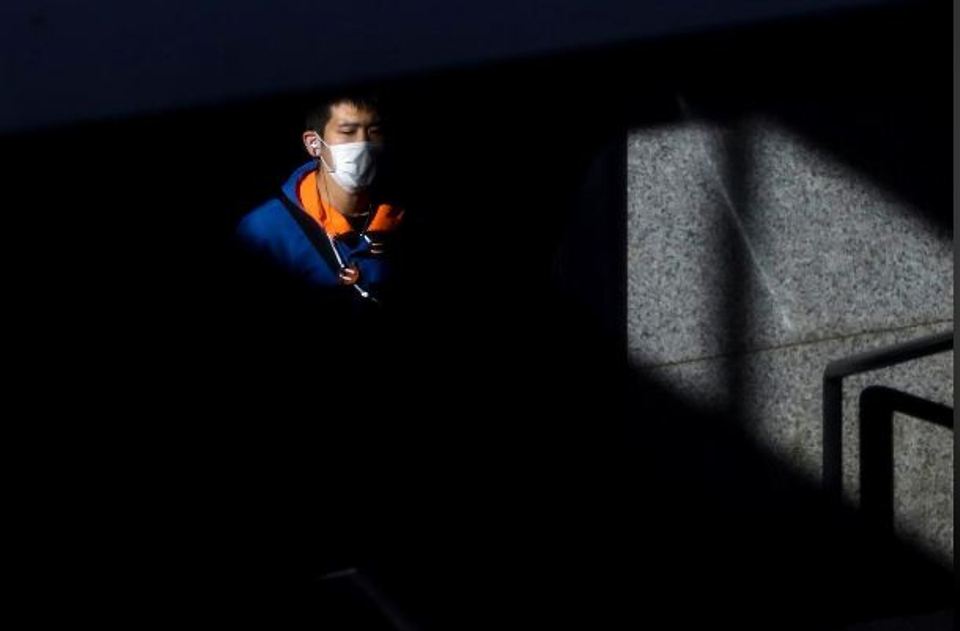 A man wearing a protective mask, following the outbreak of the coronavirus, is seen at the Shinjuku station in Tokyo, Japan, March 3, 2020. REUTERS/Athit Perawongmetha

TOKYO, March 4: The number of confirmed coronavirus infections in Japan topped the 1,000 marks on Wednesday, mostly from the Diamond Princess cruise liner, as the government reiterated that plans to host the Tokyo Olympics in July remained on track.

Five new infections were reported as of Wednesday afternoon, in locations from Yamaguchi prefecture in the west to Hokkaido in the north, underlining the virus’ spread across the country and raising questions about whether the Olympics can go ahead.

The government’s top spokesman said Japan would go ahead in preparing to host the Olympics as planned, amid speculation they could be postponed because of the coronavirus threat.

“We would steadily proceed with our preparations while closely coordinating with the IOC (the International Olympic Committee) and the organising committee,” Chief Cabinet Secretary Yoshihide Suga said at a regular news conference.

The Olympics are scheduled to open in less than five months and IOC head Thomas Bach on Tuesday reiterated his backing for this summer’s Games despite the coronavirus threat, urging athletes to prepare “full steam.”

Still, there are worries the Games could be postponed or even canceled. Japanese Prime Minister Shinzo Abe has asked schools to close this month, companies are encouraging employees to work from home and sporting events are being canceled or played in empty arenas.

Olympic Minister Seiko Hashimoto fueled concerns about a delay, saying on Tuesday that Tokyo’s contract with the IOC “could be interpreted as allowing a postponement” until the end of the year, although she reiterated the government remained committed to the Games starting on July 24.

Hashimoto also indicated the end of May could be a key date for making any decisions related to possible cancellation.

Masa Takaya, a Tokyo 2020 organising committee spokesman, said on Wednesday the government had clarified its commitment for the Games to proceed, and there was no deadline on a decision whether to postpone.

“We have been informed from the Olympic minister that she is absolutely on the same page and the Games will go ahead as planned.”

The head of the World Health Organization said he had confidence in Japan’s efforts and hoped for progress, but that the WHO was watching developments and talking with the IOC.

“What we have agreed is that we monitor the situation and then of course with the government of Japan, if there is a need for any actions then we can discuss with the Japanese government,” WHO director-general Tedros Adhanom Ghebreyesus told a news conference in Geneva on Tuesday.

The epidemic has already been affecting related events in the run-up to the Games.

Crowds will be smaller and receptions have been scrapped at the Tokyo 2020 torch-lighting ceremony in ancient Olympia, Greece, next week as the Hellenic Olympic Committee (HOC) introduced measures to protect against the coronavirus, it said on Tuesday.

Olympics host city Tokyo has seen 40 cases, while infections have been confirmed as far south as Okinawa.

The northern island of Hokkaido reported three new cases on Wednesday, bringing its total to 82, the highest among Japan’s prefectures. In western Japan, Ehime reported its second case and Yamaguchi announced its first.

“Given how the coronavirus was spreading throughout the country, I thought it would only be a matter of time before a case was confirmed in Yamaguchi,” Tsugumasa Muraoka, the prefecture’s governor, told a news conference.

“We will be doing all we can to prevent the spread of the virus,” he said.

In separate statements on Wednesday, Japan’s biggest carrier ANA Holdings and local rival Japan Airlines Co said they would cancel some of their domestic flights between March 6-12 due to slower travel demand.

TOKYO, May 25: The Japanese government Tuesday was quick to deny a U.S. warning for Americans to avoid traveling to... Read More...