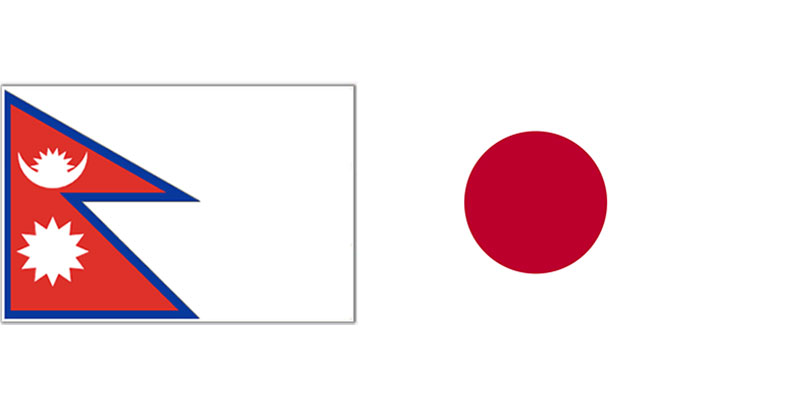 KATHMANDU, Aug 31: The government of Japan has decided to provide a grant assistance of 1.832 billion rupees to the government of Nepal for upgrading aviation safety facilities and supporting school sector development program in Nepal.

Masashi Ogawa, Japan's ambassador to Nepal, and Lok Darshan Regmi, secretary at the Ministry of Finance, signed and exchanged two separate sets of notes to this effect on Wednesday on behalf of their respective governments.

The grant agreement comes as Japan and Nepal prepare to celebrate the 60th anniversary of the establishment of diplomatic relations between the two countries.

The signing ceremony was held at the presence of Deputy Prime Minister and Minister for Finance of Nepal, Krishna Bahadur Mahara, and the State Minister for Foreign Affairs of the Japan, Nobuo Kishi, read a statement issued by the Kathmandu-based Embassy of Japan.

Also, Jun Sakuma, chief representative of JICA Nepal, and Baikuntha Aryal, joint secretary of the International Economic Cooperation and Coordination Division of the Ministry of Finance of Nepal signed and exchanged the grant agreement on behalf of their respective organizations.

“Under the first notes, the government of Japan intends to extend Rs 1.518 billion to the government of Nepal for the implementation of the Project for Improvement of Aviation Safety Facilities in major airports with the purpose of improving the safety and efficiency of air transport in Nepal,” read the statement.

“After the completion of this project, it is expected that the number of flights that can land with precision by using the LOC at TIA will be increased; the number of flights that can fly to the designated airports by utilizing VOR/DME will be increased, and the runway usability factor for big aircrafts at TIA will be improved,” it said. “As a result of this project, aviation safety will be significantly enhanced at the eight selected airports.”

Under the second notes, the government of Japan will extend Rs 313 million for the implementation of the School Sector Development Program (SSDP).

KATHMANDU, Nov 4: The Government of Japan has agreed to provide Rs 24.5 million to Nepal as grant assistance for... Read More...