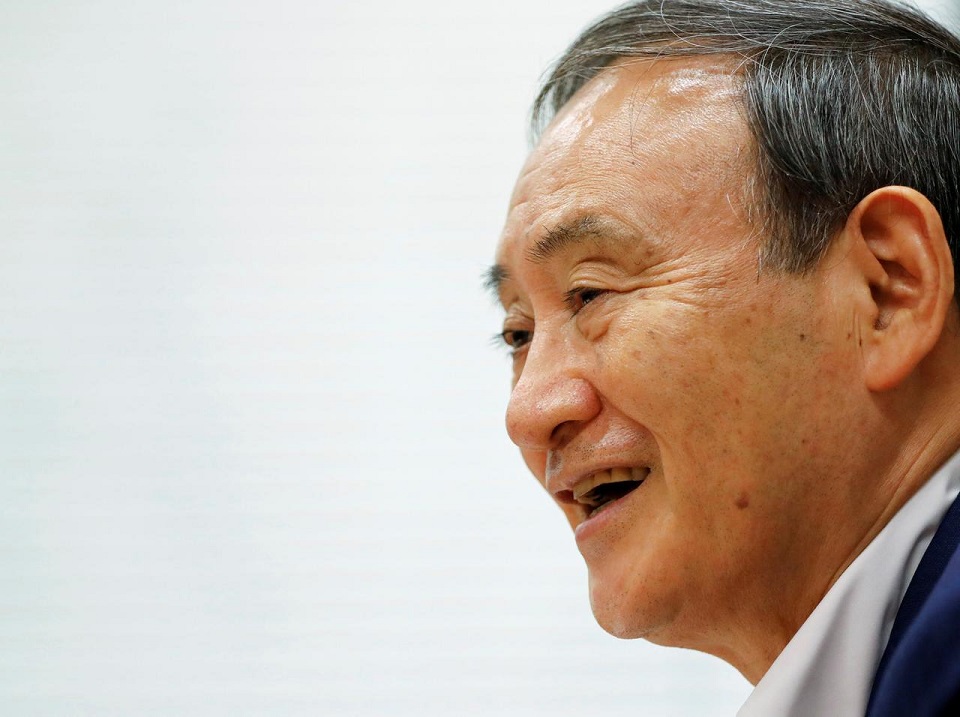 TOKYO, Sept 2: Japan’s Chief Cabinet Secretary Yoshihide Suga is due to hold a news conference later on Wednesday when he is expected to confirm his candidacy in the ruling party’s leadership election, a race he looks heavily favoured to win.

Suga, a longtime aide to Prime Minister Shinzo Abe, has privately indicated his intention to stand for leader of the ruling Liberal Democratic Party (LDP), a source told Reuters earlier. The party’s leader is set to take over as prime minister given its majority in the lower house of parliament.

His main competitors for the top job are likely to be a former defence minister, Shigeru Ishiba, and ex-foreign minister Fumio Kishida, but Suga’s position looks strong.

He has secured the backing of five of the LDP’s seven factions, public broadcaster NHK and others reported.

The party decided on Tuesday to hold a slimmed-down election with just members of parliament and three votes from each of the 47 prefectures - an advantage for Suga.

The election will be on Sept. 14, the party decided on Wednesday.

Many party chapters will poll rank-and-file members to decide how to allocate their three votes, but experts say this is unlikely to change the momentum growing for Suga if the members of the five factions back him.

Financial markets also favour Suga, assuming he will continue with the reflationary “Abenomics” strategy aimed at reviving the economy.

But Ishiba is by far the most popular candidate among the public and has been on a media blitz over the past few days, raising questions about the possibility of change after Abe’s eight years at the helm.

“During Abenomics, stocks rose, the yen was weak and wrought unprecedented profits to companies - that’s something to be grateful for,” Ishiba said on Fuji TV on Wednesday when asked how he would improve the lives of low-income workers and the unemployed.

“But what do we do with the dark side of that? That’s the most important question in the post-Abe era,” he said.

Apart from inheriting an economy in the throes of its worst downturn since World War Two, Abe’s successor will have to try to ensure that next year’s Olympics - already delayed for a year by the novel coronavirus - go ahead as planned.

In recent months, Abe had seen his support fall to one of the lowest levels since taking power in December 2012 because of growing discontent among voters with his handling of the coronavirus and scandals among LDP members.

“There are various criticisms of the Abe administration, and we must work on each issue, listening to the voices of the people earnestly so as not to lose public trust,” Suga said at one of his twice-daily news conferences as top government spokesman.