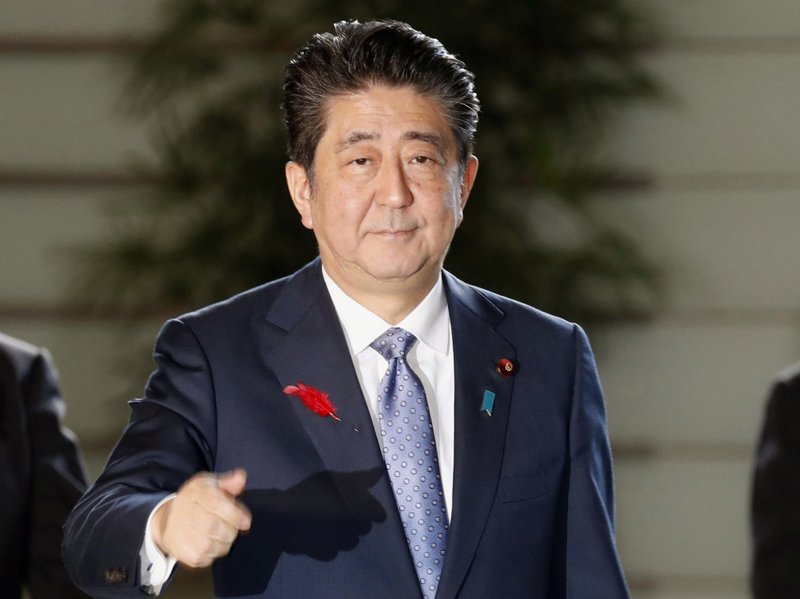 Japan’s Prime Minister Shinzo Abe arrives at his prime minister’s office in Tokyo Tuesday, Oct. 2, 2018. Abe is scheduled to reshuffle his Cabinet after his re-election as president of the ruling party, retaining key diplomatic and economy posts for continuity as Japan tackles challenging trade talks with the U.S.(Yohei Kanasashi/Kyodo News via AP)

Abe was re-elected in September to head the Liberal Democratic Party for a third term, paving the way to serve as Japan’s leader for up to three more years.

Abe has to re-solidify his grip on power in the party after his weaker-than-expected showing in the leadership election. He renewed more than half of the 19 Cabinet members and added some of his confidantes to help his push for a constitutional revision, though hurdles remain high.

Abe, 64, has said he is determined to use his last term to pursue his long-sought amendment to Japan’s U.S.-drafted pacifist constitution that many conservatives see as a humiliation imposed on Japan following its World War II defeat.

At home, he faces political challenges such as dealing with Japan’s aging and declining population and a consumption tax hike to 10 percent that he has already delayed twice. He’s also tasked with preparing for and carrying out a royal succession in the spring.

PM to shuffle cabinet, to appoint RPP-chief Thapa as DPM