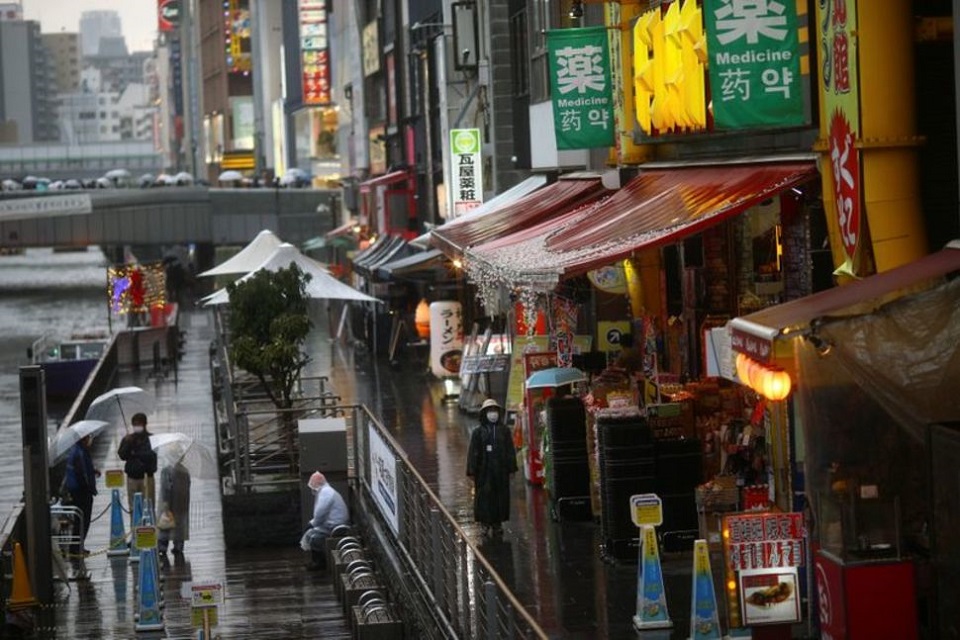 TOKYO, April 7: The Japanese metropolis of Osaka is to declare a medical emergency as new COVID-19 infections climb to all-time highs, the Kyodo news agency reported on Wednesday.

New infections will likely exceed 800 a day and authorities in the prefecture are preparing to declare an emergency as the medical system comes under increasing strain, Kyodo reported, citing officials.

A spokesman for the Osaka prefecture could not confirm that infection figure when contacted by Reuters and said an emergency declaration was still being considered.

Health authorities are worried that variants of the coronavirus are causing a fourth wave of infections with just 107 days until the Tokyo Olympics are due to begin and while a vaccination drive is still in its early stages.

The Osaka government reported 719 new cases on Tuesday, the highest since the pandemic began. Some 70% of hospital beds for severe cases are now occupied, according to official data.

Osaka and the neighbouring prefectures of Hyogo and Miyagi started targeted lockdown measures for a month from Monday in a bid to rein in a more virulent strain of the virus that has been spreading.

Osaka’s infections have exceeded those in the much larger city of Tokyo in recent days.

Prime Minister Yoshihide Suga said on Sunday emergency measures employed in the Osaka area could be extended to Tokyo and elsewhere if needed.

Japan’s vaccination drive is far behind that of most major economies.

About 1 million people in Japan have had at least one COVID-19 vaccine shot since February, which is less than 1% of the population, compared with almost 2% in South Korea, which started its campaign after Japan.

BAITADI, March 2: Health check is being conducted at the help desk established for coronavirus test at Jhulaghat border. ... Read More...