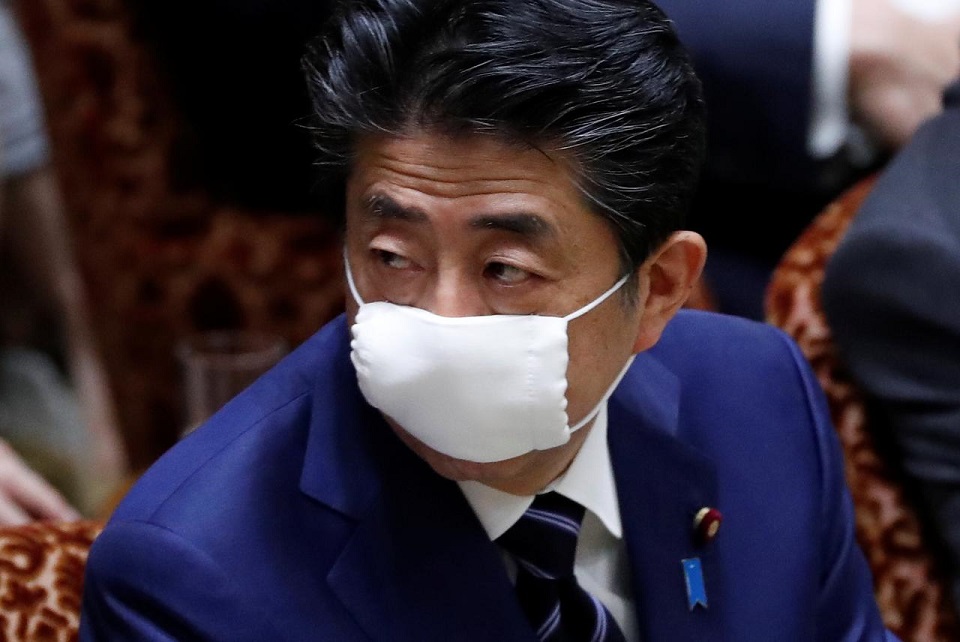 TOKYO, April 6: Japan will declare a state of emergency as early as Tuesday in a bid to stop the coronavirus, media reported, with the government preparing a stimulus package to soften the blow on an economy already struggling to avoid a recession.

More than 3,500 people have tested positive for the coronavirus in Japan and 85 have died, not a huge outbreak compared with some hot spots, but the numbers keep rising with particular alarm over the spread in Tokyo, which has more than 1,000 cases.

Prime Minister Shinzo Abe was likely to announce his plan for the emergency later on Monday, the Yomiuri newspaper reported, while Kyodo news agency said new measures would likely come into force on Wednesday.

An emergency would give governors authority to call on people to stay at home and businesses to close, but not to order the kind of lockdowns seen in other countries. In most cases, there are no penalties for ignoring requests, and enforcement will rely more on peer pressure and respect for authority.

Pressure had been mounting on the government to take the step although Abe has voiced concern about being too hasty, given the restrictions on movement and businesses that would ensue.

The stimulus package of hundreds of billions of dollars is due to be rolled out this week.

Japan’s top government spokesman, Yoshihide Suga, said a decision had yet to be made.

An emergency would appear to have public support. In a poll published on Monday by JNN, run by broadcaster TBS, 80% of those surveyed said Abe should declare it while 12% said it was not necessary. His approval rating fell by 5.7 points from last month to 43.2%, the survey showed.

Kenji Shibuya, director of the Institute for Public Health at King’s College, London, said the emergency was too late given the explosive increase in cases in Tokyo.

“It should have been declared by April 1 at the latest,” he said.

Sounding alarm over the high rate of cases that could not be traced, Tokyo Governor Yuriko Koike indicated last week that she would favour a state of emergency as a way to help her urge residents to adhere to stronger social-distancing measures.

An expert on the government’s coronavirus panel said Japan could avoid an explosive rise by reducing person-to-person contact by 80%.

Under a law revised in March to cover the coronavirus, the prime minister can declare a state of emergency if the disease poses a “grave danger” to lives and if its rapid spread could have a big impact on the economy.

The government is likely to impose the emergency in the greater Tokyo metropolitan area and possibly also Osaka and Hyogo prefectures in western Japan, media reported.

TBS said the government was considering a period of six months, and the designated prefectures would each decide the length of time for their individual measures.

While Japan’s coronavirus epidemic is dwarfed by the 335,000 infections and more than 9,500 deaths in the United States alone, experts worry a sudden surge could overwhelm Japan’s medical system.

Abe must seek formal advice from a panel of experts before deciding to go ahead and declare the emergency.

Governors in Tokyo and elsewhere have asked citizens to stay home on weekends, avoid crowds and evening outings, and work from home. That has had some effect, but not as much as many experts said was needed.

TOKYO, Jan 2: The Japanese capital, Tokyo, and three nearby prefectures have asked the national government to declare a state... Read More...

Japan’s state of emergency is no lockdown. What’s in it?

Japan to set up coronavirus task force; no emergency now

TOKYO, March 26: Japan will set up a new coronavirus taskforce, the government said on Thursday, as it warned of a... Read More...