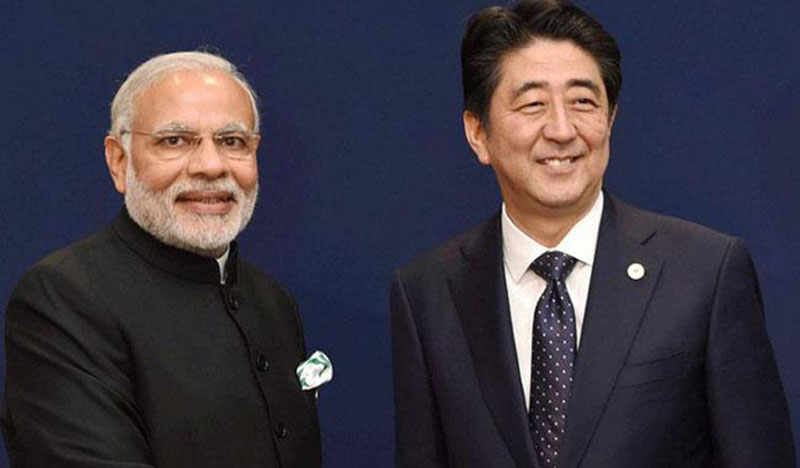 TOKYO,  Nov 6: Japan and India are set to sign a controversial civil nuclear deal this week, reports said Sunday, as the two Asian allies look to boost economic and security ties to counter an assertive China.

India’s Prime Minister Narendra Modi and his Japanese counterpart Shinzo Abe are set to sign a deal Friday that would allow Japan to export nuclear technology to the subcontinent, the Yomiuri Shimbun paper reported.

India would become the first non-signatory to the Treaty on the Non-Proliferation of Nuclear Weapons (NPT) to agree such a nuclear deal with Japan — which was the victim of US atomic bombings in the final days of World War II. The two countries are also set to agree that if India conducts a nuclear test, Japan will stop cooperation, the Yomiuri reported.

The expected deal comes against a backdrop of growing security concerns in the region over China’s military presence. Beijing is expanding its deep-water naval presence and asserts sovereignty over disputed areas of the East and the South China Sea and Indian Ocean region, parts of which Japan also claims.

India has a longstanding territorial dispute with China, and troops from the two countries engaged in a major stand-off at the border in 2014. Tokyo has its own spat with Beijing over islands in the East China Sea and is increasingly vocal about its rival’s ambitions to control almost the whole of the South China Sea. Japan has in the past shunned civil nuclear cooperation with India, citing concerns over the international Non-Proliferation Treaty, but appears to have softened its stance. The business daily Nikkei confirmed the expected nuclear deal, adding that a batch of business-linked deals is also set to be signed.

Modi will arrive in Japan Thursday for a three-day visit after the two men in September held talks on the sidelines of a Southeast Asia meeting in Laos.

Japan and India have been holding talks on the purchase for more than two years. It would one of Japan’s first sales of military equipment since Prime Minister Shinzo Abe lifted a 50-year ban on arms exports and it reflects growing defence ties between the two countries.

India’s Defence Ministry will approve the purchase of 12 US-2 aircraft at a Defense Acquisitions Council meeting scheduled for Monday, the Nikkei reporting, citing senior ministry officials it did not name.

The deal will be included in a memorandum of understanding to be signed during Indian Prime Minister Narendra Modi’s visit to Japan from Thursday to Saturday, the Nikkei said, citing the officials.

During the visit, Abe will also urge Modi to expand its usage of Japan’s high-speed train technology, the Nikkei reported.

TEHRAN, Nov 9: Iran's President Hassan Rouhani said there was "no possibility" of its nuclear deal with world powers being overturned... Read More...