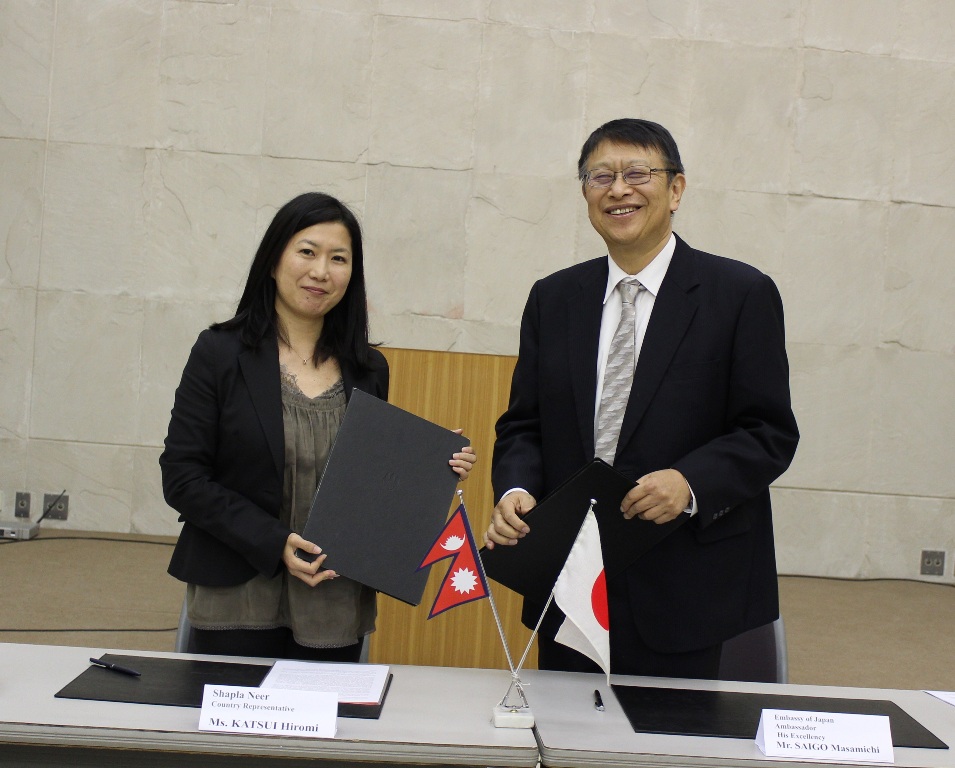 KATHMANDU, Feb 5: Japan has extended a financial assistance of USD 442,839 to SHAPLA NEER - Citizens’ Committee in Japan for Overseas Support - under the Grant Assistance for Japanese NGO Projects Schemes.

Shapla Neer, an international NGO based in Japan, will work with a Nepali partner NGO, Rural Reconstruction Nepal (RRN), to implement the Disaster Risk Reduction (DRR) Strengthening Project in Chitwan district, according to a press release issued by Japanese Embassy in Kathmandu.

A grant contract to this effect was signed and exchanged today between Masamichi Saigo, Ambassador of Japan to Nepal, Hiromi Katsui, the country representative, Shapla Neer Nepal Office, at the Embassy of Japan in Nepal. The grant assistance will be used to strengthen community resilience to disasters in Madi Municipality, one of the flood-prone areas, located in Chitwan District.

It will also support the establishment and maintenance of infrastructures such as river widening, gabions and embankments as well as retention walls and drainage systems. The communities will maintain these structures in cooperation with the local government.

KATHMANDU, Nov 4: The Government of Japan has agreed to provide Rs 24.5 million to Nepal as grant assistance for... Read More...

KATHMANDU, June 30: The World Bank has objected to the government’s revision of the housing grants tranches, stating that such revision... Read More...