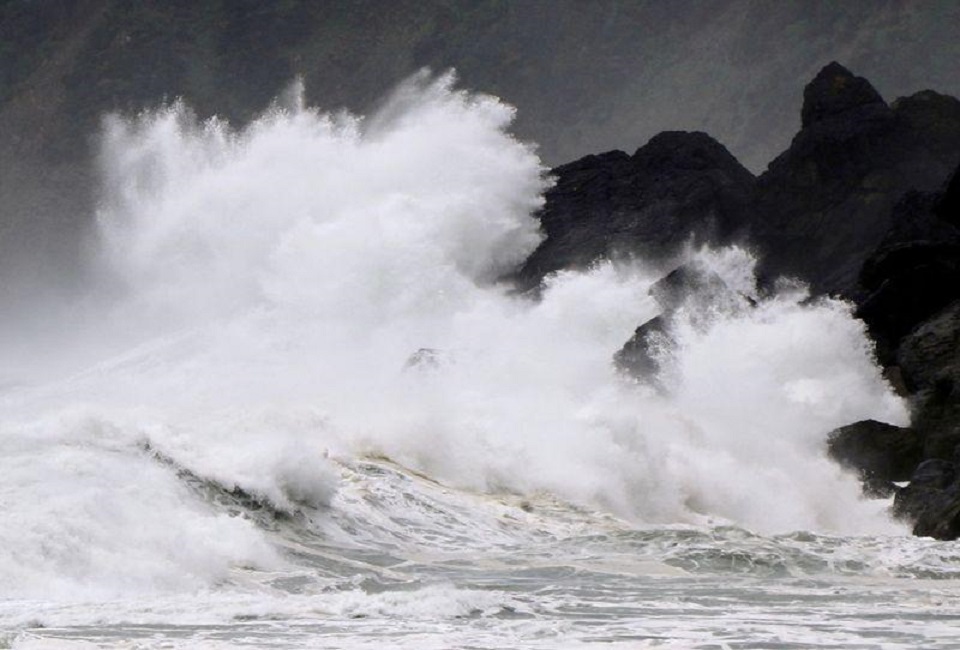 TOKYO, Sept 5: Japan is bracing for powerful Typhoon Haishen as it bears down on the country’s southwest, with weather forecasters warning of potential record rainfall, violent wind, high waves and tides.

The Japan Meteorological Agency has urged residents of Okinawa and Kyushu to exercise maximum caution as Typhoon Haishen was on course to approach Okinawa by Sunday and the main southern island of Kyushu afterwards.

“People in affected areas should not hesitate to evacuate their homes, even though they may be worried about being infected with the coronavirus,” a meteorological official told a news conference broadcast by NHK on Saturday.

The typhoon is forecast to have atmospheric pressure of 915 hectopascals at its centre, and sustained winds of up to 198 km (123 miles) per hour on Sunday, the meteorological agency said.

The typhoon’s centre was near Minamidaito, east of Okinawa’s main island, on Saturday, moving north at 30 kph (19 mph).

To prevent damage from the typhoon, Kyushu Railway Co said it will suspend some of its train operations on Sunday and all operations on Monday.

Water was discharged at 23 dams in six prefectures to prevent damage from floods caused by the typhoon, Kyodo news agency reported.

Bad weather from the typhoon has forced Japan’s coastguard to suspend its search for crew missing from a capsized cattle ship in the East China Sea.

KATHMANDU, Nov 17: The Japanese Association in Nepal is all set to hold Japan Festival 2016 on the occasion of... Read More...