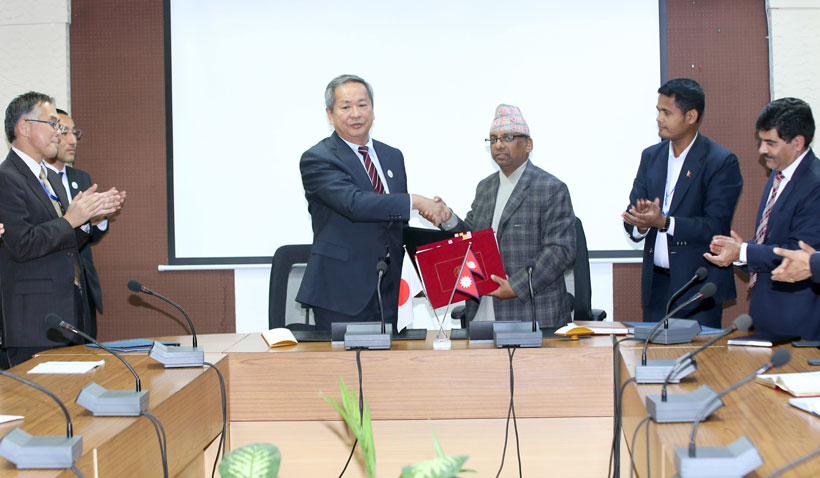 A grant aid of approximately Rs 692 million (754 million Japanese Yen) pledged by the JICA is meant to be used for the Project for Improvement of Medical Equipment (PIME) in Tribhuvan University Teaching Hospital (TUTH) while another portion of the aid of around Rs 321 million (350 million Japanese Yen) is under the grant assistance scheme in Japan's Fiscal Year 2016.

Secretary of the Ministry of Finance Shanta Raj Subedi and Japanese ambassador to Nepal Masashi Ogawa signed the exchange of notes amid a programme held here today on behalf of the Government of Nepal and the Japanese government respectively.

Under the first portion of the grant, the grant will be used for the PIME that aims to improve the quality and quantity of medical services and education to be provided by TUTH through procurement of medical equipments. The Ministry of Education of Nepal will be the executing agency while the TUTH will be responsible to implement the project.
Likewise under the second part of the grant aid, the grant shall be used by the Government of Nepal for the purchase of products or services necessary for the implementation of the food security program launched by the government.

The grant will also be used for the purchase of rice and its transportation to Nepal. Ministry of Supplies of Nepal will be the executing agency and Nepal Food Corporation will be responsible to implement the project.