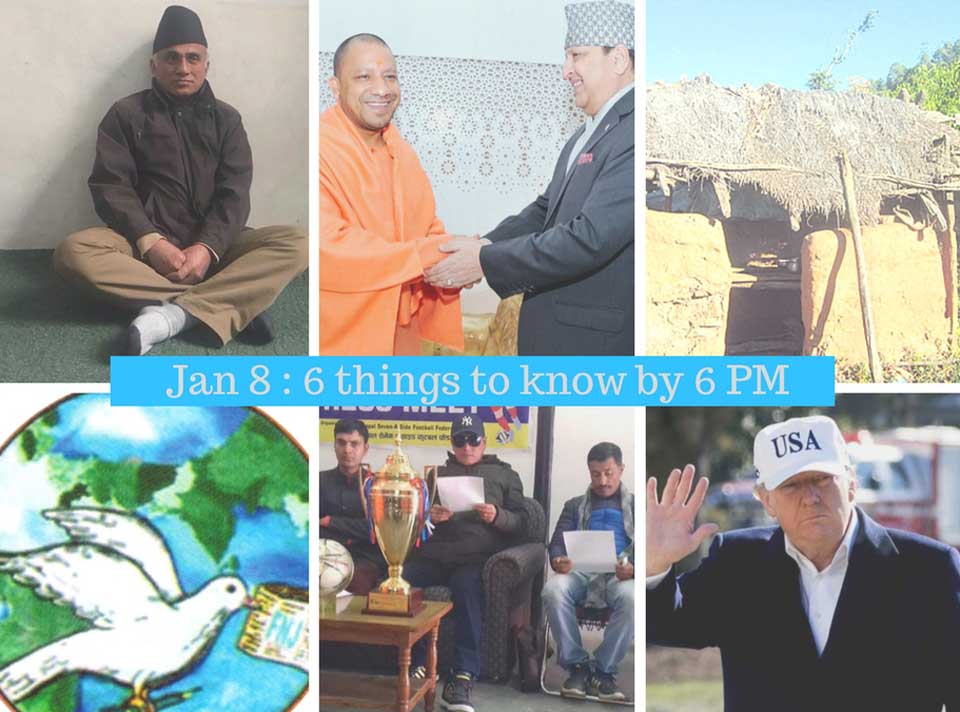 Senior orthopedic at Tribhuvan University Teaching Hospital, Dr Govinda KC has begun his hunger strike from Monday afternoon at 4 pm. Earlier in the day, organizing a press meet, Dr KC informed that he is beginning the hunger strike for 14th times demanding the resignation of Chief Justice Gopal Parajuli. He demanded probe upon CJ Parajuli.

The Federation of Nepali Journalists (FNJ) has said Nepal Police does not have the authority to shoot letters to the editors, seeking to know the source of news that is published or broadcast and requiring the editor to be present at the police station for an explanation over the issue of that news.

Former King Gyanendra Shah, who is in a tour of the western region, has reached Lucknow, Uttar Pradesh, India.  Former King Shah met pro-Hindu BJP leader and Chief Minister Yogi Adityanath on Monday morning at the latter official residence in Lucknow, according to twitter of CM Adityanath.

Woman dies due to Chhaupadi

A 22-year-old woman who was banished to a hut nearby her house in Achham following the monthly period was found dead last night. She is Gauri Budha, spouse of Birendra Budha of Bhairavsthan of Turmakhand Rural Municipality-3.

Trump administration officials and allies are rallying to the president’s defense, trying to contain the fallout from an explosive new book that questions Trump’s fitness for office. Chief policy adviser Stephen Miller, in a combative appearance Sunday described the book as “nothing but a pile of trash through and through.” CIA Director Mike Pompeo said Trump was “completely fit” to lead the country.