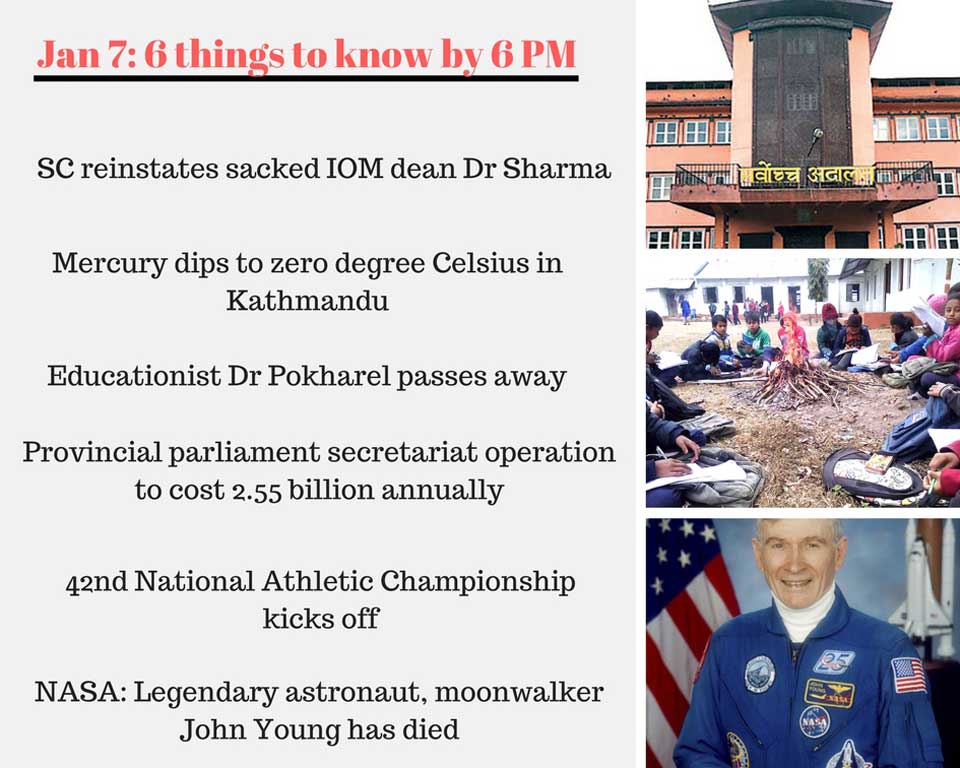 The Supreme Court has ordered the government to reinstates Dr Shashi Sharma, sacked dean of Institute of Medicine (IOM) to work in the capacity of the Dean of the institute.

Outgoing Member of Parliament and educationist Dr Baburam Pokharel passed away today. He was 67. Dr Pokharel, a heart patient, was rushed to the hospital after he fell down in the toilet at around 6:00 this morning. He was however declared dead on arrival at 7:15 at Norvic Hospital Thapathali, according to the hospital sources.

The cost of operation of all the seven provincial parliament secretariats is estimated to be around Rs. 2.55 billion annually, according to a study carried out by the Legislature-Parliament Secretariat.