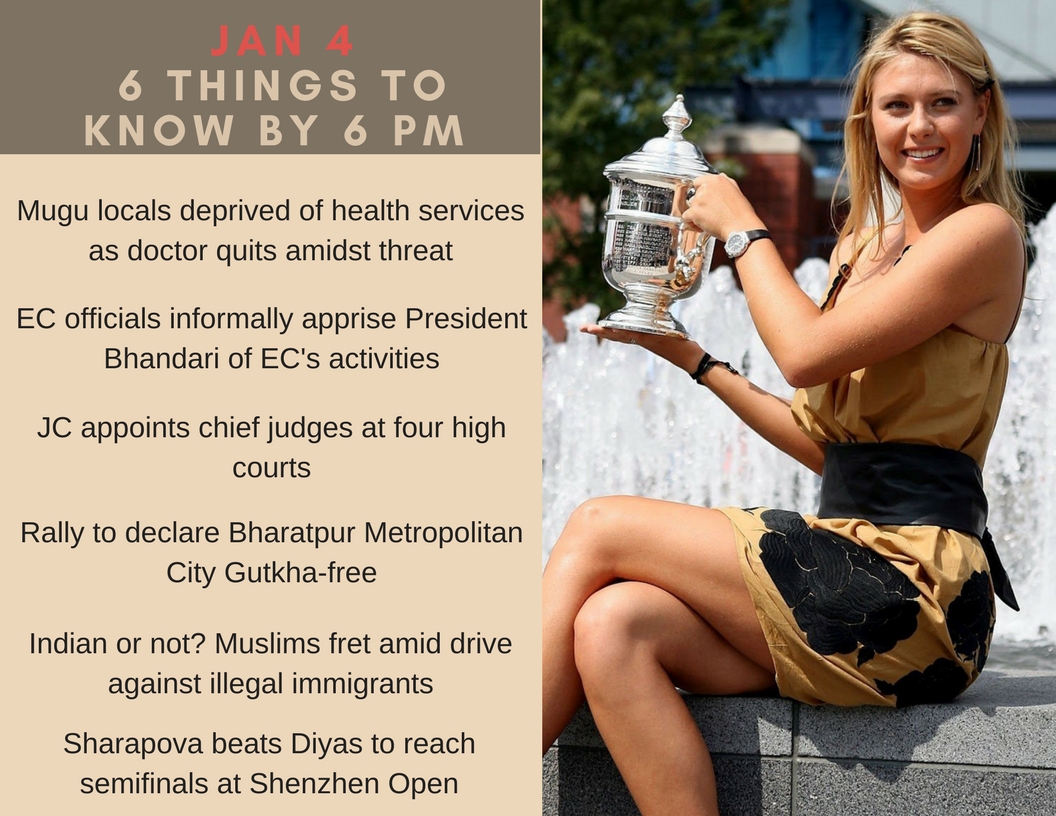 A doctor of Medicine-General Practice, Jitendra Kadel volunteered to work in one of the remotest district hospitals of the country. However, in less than a year, Kandel reported political parties were mounting pressures and his own staff threatened him. On November 13, Kandel left the district, and locals are deprived of operations, once again.

A delegation comprising Chief Election Commissioner Dr Ayodhee Prasad Yadav and election commissioners had reached the Office of the President to informally familiarize the President with the activities carried out by the EC in the recent period. The delegation also pointed out the need for political consensus regarding making public all the results of the House of Representatives and Provincial Assembly elections.

Locals of the Bharatpur Metropolitan City organized a demonstration in Bharatpur today to press the municipal officials to rid the city of chewing tobacco products like Gutkha. Participants of the rally carried placards calling for ban on Gutkha-like chewing tobacco products in Bharatpur Metropolitan City as it not just harmed human health, but also increased pollution.

Marzina Bibi, a Muslim woman living in India’s northeastern state of Assam, is petrified she will be declared stateless. The 26-year-old’s name was not on a preliminary list of citizens that was published at midnight on Sunday, although she holds a voter identity card and had voted in state elections in 2016. Prime Minister Narendra Modi’s Hindu nationalist Bharatiya Janata Party (BJP), which came to power in Assam in the April, 2016 elections, vowed during the campaign to act against illegal Muslim immigrants from neighboring Bangladesh. But rights activists say the drive is also targeting Muslims who are Indian citizens.

Maria Sharapova continued her preparations for an Australian Open return by reaching the Shenzhen Open semifinals with a 6-3, 6-3 win over Zarina Diyas. The five-time major winner dictated play against Diyas, hitting 24 winners and five aces to clinch victory in just under 90 minutes on Thursday.

Photos: Pinnacle installed at top of Bal Gopaleshwar Temple at Ranipokhari
50 minutes ago
Four killed, 10 hospitalized in forest fires in eastern Ukraine
1 hour ago
Former finance minister Khatiwada appointed as Nepal’s envoy to the US
2 hours ago