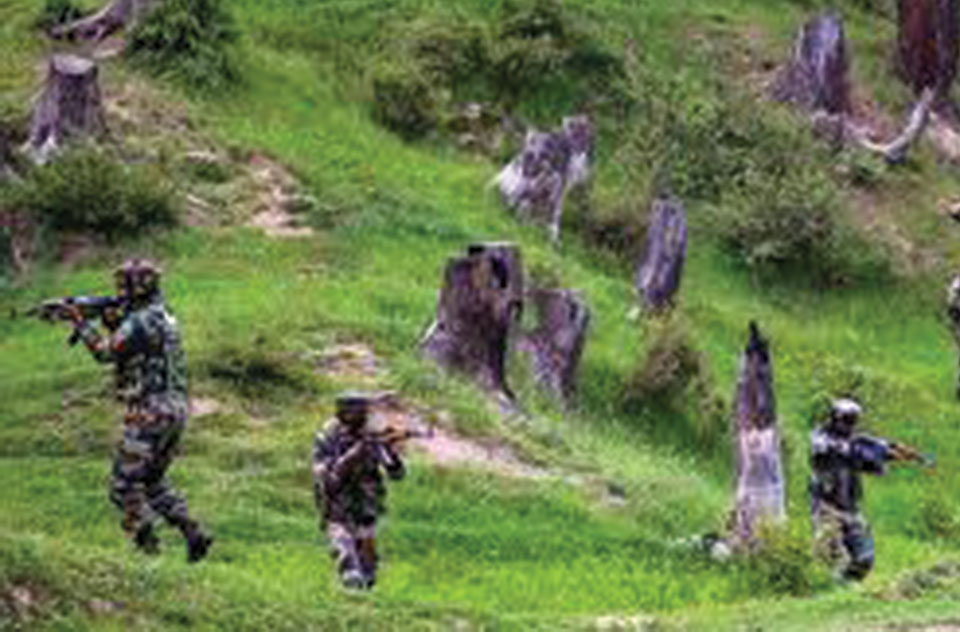 Every year, October 27 serves as a grim reminder of the painfully unresolved status of the Jammu and Kashmir dispute; a seventy-year-long history of a valiant struggle of the people of Jammu and Kashmir for their right to self-determination that was promised to them by the International Community through UN resolutions that required a free and fair plebiscite. This day is observed around the world as the “Black Day”.

The determination of the people of Jammu and Kashmir is remarkable, whose struggle has not only survived the high handedness of the occupation forces, but also gained strength precisely from the brutalities that were meant to crush it. And that is a fact - not a rhetoric. The report of the UN Office of the High Commissioner for Human Rights (OHCHR) released in June this year states, “While Indian-Administered Kashmir has experienced waves of protests in the past—in the late 1980s to early 1990s, 2008 and 2010—this current round of protests appears to involve more people than the past, and the profile of protesters has also shifted to include more young, middle-class Kashmiris, including females...” The report highlights the gravity and the severity of the human rights violations committed in Indian Occupied Kashmir (IOK) by the Occupation forces. It covers the period from June 2016 till April 2018, a time that witnessed an increase in the reports of serious human rights abuses.

As a diplomat, I feel compelled to go to some length on the use of infamous pellet-guns by occupation forces against unarmed civilians. According to the report, pellet-firing shotgun, first used in Kashmir in 2010 mass protests, is not known to have been used against protesters anywhere else in India. The document recalls that in January 2018, Jammu and Kashmir Assembly was told that 6,221 people had been injured by pellet guns in the period between July 8, 2016 and February 27, 2017; among the victims, 728 had eye injuries. Civil society organizations claim a higher number of people partially or completely blinded by pellet gun injuries.

The report laments the fact that the use of these infamous pellet guns in Kashmir continues. On April 1, 2018 (the last month covered under the report), around 35 people were reportedly hit in the eyes by pellets used against people protesting against killing of civilians in Shopian and Anantnag. Reading the report, one trembles to think if silence on such brutalities is any different from a silent support for violence against the innocent. Does not indifference to injustice encourage the oppressor to continue with high handedness, impunity and strengthen his faith in non-accountability?

In the last 30 years, over 100,000 Kashmiris have been martyred, thousands of women raped and well over 100,000 houses / shops burnt. In July 2016, the freedom struggle took a new turn with the martyrdom of Burhan Wani, a young freedom fighter. This was followed by crippling curfews and a siege of innocent population. These human rights violations and the discovery of mass unnamed graves come as a rude shock to the world’s conscience. Jammu and Kashmir remains the most heavily militarized zone in the world today.

The only way forward is to put an end to these atrocities and investigate and prosecute the perpetrators of those already committed. The UN report does not fall short on that account either. In that context, the reports asks for an urgent repeal of Armed Forces (Jammu and Kashmir) Special Powers Act, 1990; and, in the meantime, immediately remove the requirement for prior central government permission to prosecute security forces personnel accused of human rights violations in civilian courts. This 1990 Act, the report says, obstructs the normal course of law, impedes accountability and jeopardize the right to remedy for victims of human rights violations. The UN OHCHR report calls upon India to establish “independent, impartial and credible investigations to probe all civilian killings since July 2016 as well as other incidents of excessive use of force including serious injuries caused by the use of pellet-firing shotguns.”

The human Rights dimensions of the Jammu and Kashmir dispute come against an important historical backdrop. Jammu and Kashmir dispute is about the right of self-determination. While encompassing all the aspects of dispute would be way beyond the scope of this column, in summary, several UN Security Council resolutions, (to which India itself was a party), require the fate of this former princely state (till 1947) to be decided according to the wishes and aspirations of the people of Jammu and Kashmir through a free and fair plebiscite. Kashmiris have been struggling for their right to self-determination, making historic sacrifices through processions, rallies of more than a million people. Time has shown that the determination of the people of Jammu and Kashmir has only grown in the face of brutality. It is only a matter of time that this struggle will be crowned with success, most certainly it is not a matter of “IF” but “WHEN”. It is a writing on the wall.

The author is Pakistan’s ambassador to Nepal

KATHMANDU, Jan 24: At a time when the tenure of two transitional justice mechanisms is expiring in two weeks, the... Read More...