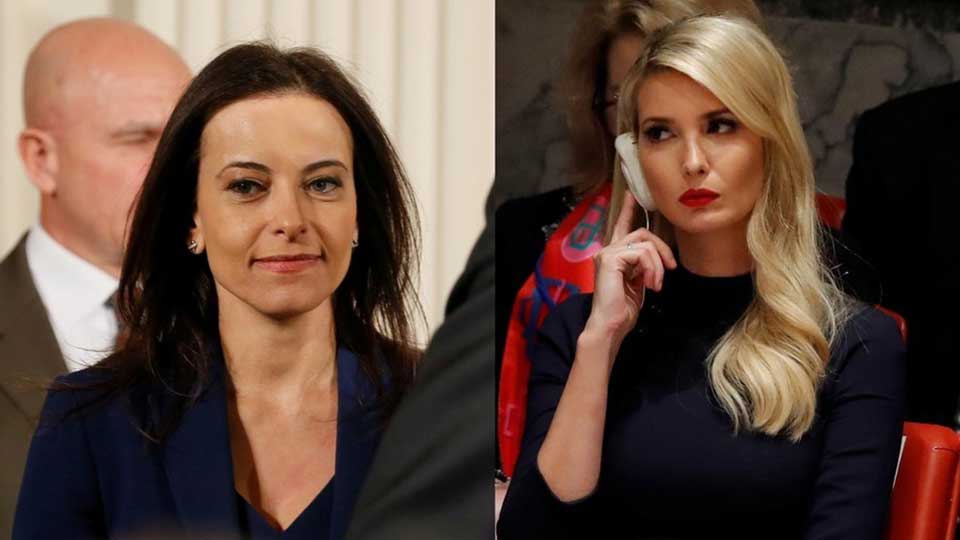 WASHINGTON DC, Oct 10: With US envoy to the UN Nikki Haley set to depart by year’s end, speculation is rampant as who might replace her. Will it be President Donald Trump’s daughter Ivanka, or her husband Jared Kushner? Or maybe someone else?

Haley surprised nearly all White House watchers on Tuesday, announcing she was leaving her job on East River. No real reason was given for the departure, fueling all sorts of rumors in Washington. Within hours, however, speculation turned to who might succeed her at the UN.

In her parting remarks, Haley heaped praise on Ivanka and Jared, and Trump later told reporters that his daughter would be “wonderful” at the job. He quickly added he didn’t want to be accused of nepotism and mentioned another name: Dina Powell.

Powell served in the Trump White House for almost a year before leaving her job as deputy national security adviser to return to Goldman Sachs in January 2018. CNN once called her “Ivanka Trump's woman in the White House.”

Multiple news outlets have put forth Powell’s name as a likely contender, citing anonymous sources from within the administration. She was also spotted in a photograph with Haley, visiting her in South Carolina this past weekend. Trump did say Haley would help him make the final pick for her replacement.

Then again, Powell might be seen as too “liberal” by the current national security adviser John Bolton, who might be more inclined to suggest someone like Richard Grenell, the current US ambassador to Germany. The two had worked together at the US mission to the UN during the George W. Bush administration.

Twitter, however, had another theory: Kanye West, aka Ye, the rapper-businessman who has taken heat for his support for the president. Stranger things have happened, after all.