ITC to inject $9 million to promote export of pashmina, coffee 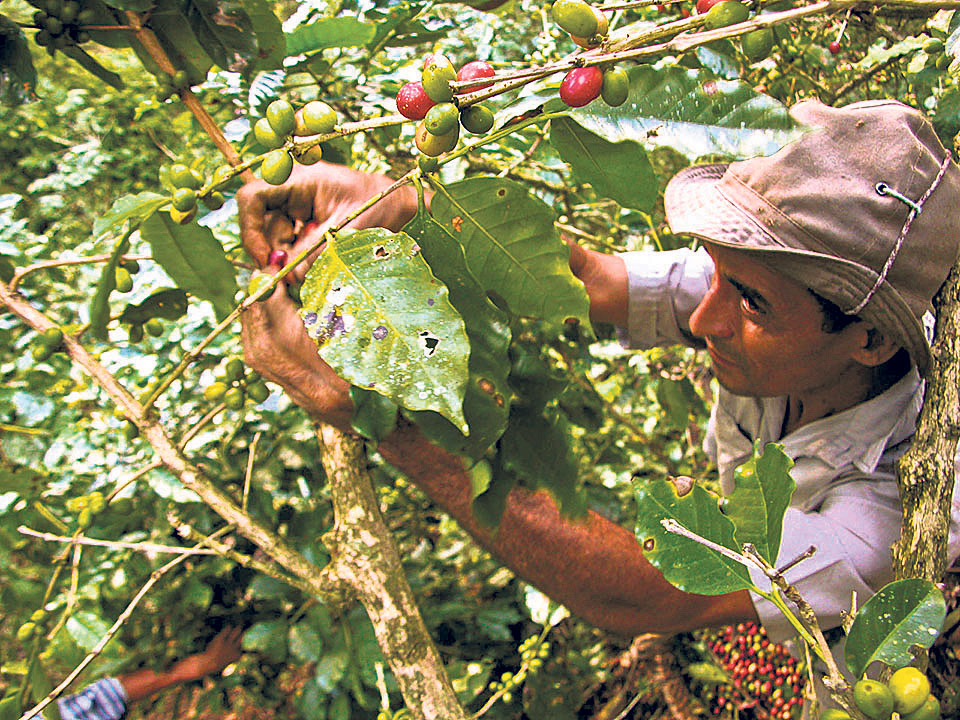 KATHMANDU, Mar 1: The International Trade Centre (ITC), a multilateral joint agency under the World Trade Organization (WTO) and the United Nations, is providing US$ 9 million to help boost the production and export of Nepali coffee and Chyangra Pashmina.

According to the Ministry of Industry, Commerce and Supplies, the ITC in association with the European Union is injecting the aforementioned amount to help these two products in both the backward and forward linkages. “The program has targeted to promote the products in which the country has high comparative advantages,” the ministry's secretary Baikuntha Aryal told Republica.

Aryal said that, with the technical expertise from the ITC, micro, small and medium-sized enterprises in Nepal, particularly in the coffee and pashmina sector, could benefit greatly through better quality, market promotion and market intelligence leading to exports.

The ITC that is funding the amount under the program entitled 'Trade for Sustainable Development' has officially launched the project on Thursday. “The project will be a contribution towards the country's efforts to achieve greater sustainable economic growth and development, and its goal of graduating from the least developed country (LDC) category in the near future. “Coffee from the Himalayas and Chyangra Pashmina have the potential to contribute to the reduction of rural poverty, decent jobs for women and youth,” reads a press statement issued by the ITC.

The five year public-private-partnership program is being enforced in partnership of Agro Enterprise Center of the Federation of Nepalese Chambers of Commerce and Industry.

Hem Raj Dhakal, vice chairman of the center, said that, the project would be launched in a number of locations utilizing the network of the federation. “However, it is yet to fix the locations at which the project will be enforced,” said Dhakal.

According to Dhakal, under the project, the concerned farmers will be provided training for production, processing and packaging of Nepali coffee and Chyangra Pashmina. “Besides, it will also help in conducting promotional activities in the European markets in particular,” he added.

Both coffee and woolen pashmina produced in Nepal have received the collective trademarks. However, these products as of now have failed to maximize the benefit due to low volume of outputs and lack of publicity in the international market.

Earlier too, the ITC had supported Nepali pashmina under Pashmina Enhancement and Trade Support (PETS) project that ended in 2017. According to the Nepal Pashmina Industries Association, the three-year project with investment amount of  $ 1.8 million had helped build the capacity of 32 pashmina traders in management and designing while 250 farmers in Upper Mustang benefited through awareness programs conducted by the ITC supported project. The project also supported Nepali traders participating in international trade fairs in the US, France and Japan.

“The ITC has extended its technical support in the products in which the country can set its identity to achieve the goals of sustainable development,” said Dhakal. According to him, the ITC has also assured to extend similar program also in other sectors in which Nepal bears high potential.

US will withdraw from the WTO unless it shapes up, threatens Trump

Trump's warning about a possible US pull-out from the organisation highlights the conflict between the president's trade policies and the... Read More...

GENEVA, Oct 21: China is seeking $2.4 billion (£1.9 billion) in retaliatory sanctions against the United States for non-compliance with... Read More...