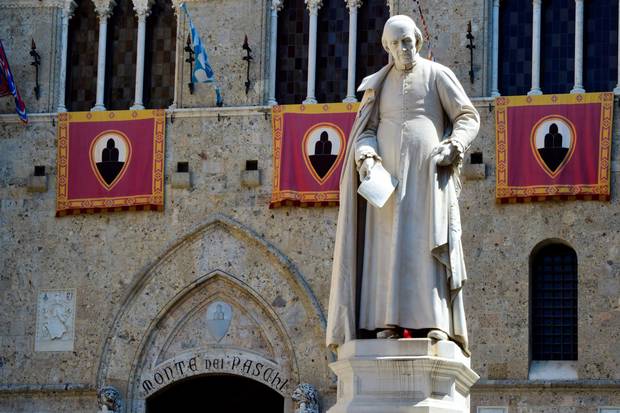 ITALY, Jan 19: Italy is considering merging troubled banks Monte dei Paschi and Banca Carige with healthier rivals such as UBI Banca as it scrambles to avert a new banking crisis, sources familiar with the matter said.

Monte dei Paschi, rescued by the state in 2017, and Carige, recently put into special administration by the European Central Bank (ECB), are struggling with bad debts and the prospect of asset writedowns that would eat into their capital.

Their problems threaten to reignite a banking crisis that Rome thought it had ended two years ago and could further damage an economy already at risk of slipping back into recession.

According to one of the sources, the options being considered even include the possibility of a three-way merger that would bring together Monte dei Paschi, Carige and UBI. The banks and the Italian treasury declined to comment. Discussions are at a very early stage and no final plan has been drawn up by the anti-establishment government, which has criticised past bank bailouts and wants to avoid spending taxpayer money to rescue lenders.

Several government officials have publicly voiced support for mergers that would strengthen the banking industry. Stefano Buffagni, cabinet undersecretary and a prominent member of the ruling 5-Star Movement, said this week the government should play a leading role in engineering such tie-ups.

MILAN, Aug 19: The search operation for those missing after a motorway bridge collapsed in the Italian port city of... Read More...

One killed, three injured in wild boar attack
41 minutes ago