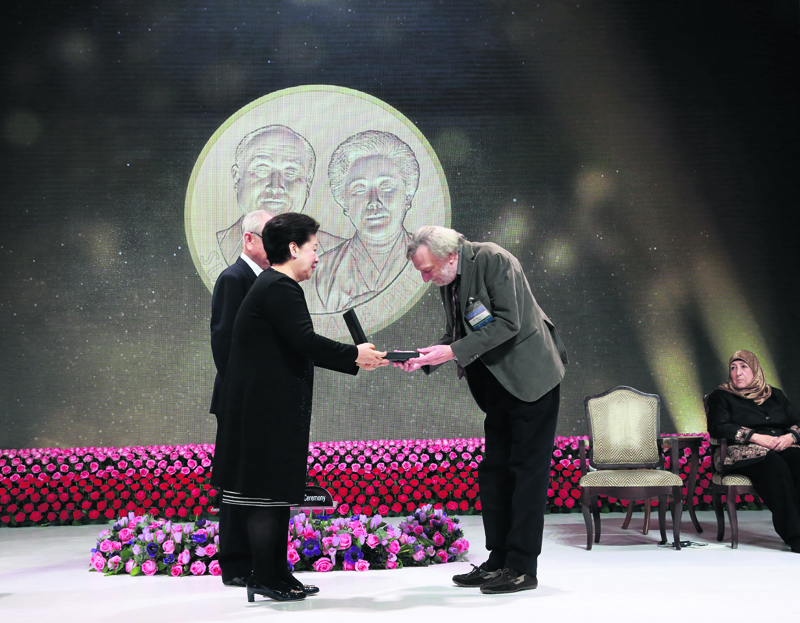 Dr Gino Strada has saved the lives of eight million people over the past 28 years, providing urgent medical relief to refugees and war victims at the forefront of global disputes. Dr Sakena Yacoobi has educated 13 million refugees at Afghan refugee camps devastated by the war, and offers solution for their resettlement.

Each laureate received a prize of $500,000, along with a medal and plaque presented by the founder Dr Hak Ja Han Moon, and committee chair, Dr Il Sik Hong, during the award ceremony held in Seoul last Friday.

The award ceremony was attended by more than 800 delegates, including former President of Kiribati HE Anote Tong who gave the congratulatory address, current and former presidents and vice presidents, among others representing various governments, academia, businesses, media, and religions.

Chairman Hong stated that the world now has largest number of displaced persons on the global level since World War II and the international community must make a transnational effort for the common benefit of humankind.

Chairman Hong said that at a time when the global refugee crisis seems to be worsening by the day, these two laureates are devoting their lives to fundamentally rebuilding the lives of refugees by providing medical aid and education.

The Sunhak Peace Prize biannually recognises and honors individuals or organizations that have made enduring contributions to peace and human development for future generations.