‘It is becoming difficult to keep business running’ 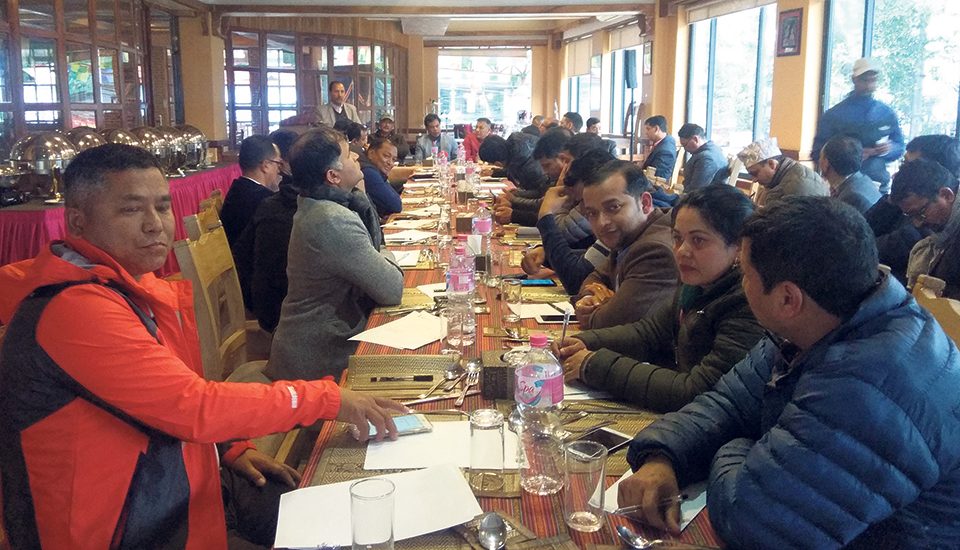 POKHARA, Mar 2: Hit hard by the impact of coronavirus outbreak, local entrepreneurs have suggested to the government to take needful measures to prevent further slide in their business. They have even warned of protest if the government failed to address to their concerns on time.

Stating that the tourism, industry, agriculture, automobile, and other commercial ventures were facing a serious crisis, local entrepreneurs said it was becoming difficult for them to handle business.

At a time when many industries were facing problem to run their day to day business, they complained that banks were compounding their woes. They said that if the situation persists any longer, they will lock their businesses and submit key to the government.

Among others, they have asked the government to come up with interest rate subsidy, increase loan repayment period, and introduce programs to bring more tourists to the country.

Ganesh Bahadur Bhattarai, a tourism entrepreneur said, impacts of coronavirus outbreak to the tourism industry was more severe than the one inflicted by the 2015 earthquakes and subsequent Indian blockade. "It will have a long-term impact. Not only industrialists and businesspeople, even farmers are affected as their farm products are not being sold," he added.

Local entrepreneurs say that the government was aware of their problem. "But it is not taking any action. Coronavirus has hit not only the tourism industry, its effect has been seen in airlines, transportation, agriculture and livestock business, among others," added Bhattarai.

Similarly, Bindu Kumar Thapa, former president of Pokhara Chamber of Commerce and Industries, said that the government should take needful steps to bring down high interest rates. "Profit margin of 10-12% is acceptable, but bank and financial institutions are profiting as high as 35%. It's a black-market," he charged.

Similarly, Ananda Raj Mulmi, former president of Federation of Nepalese Chambers of Commerce and Industry (FNCCI), said the problems that entrepreneurs and industrialists in Pokhara are facing at the present cannot be solved by the provincial government. "We have become united not just to complain. We want the government to listen to us, and address our concerns accordingly," he added.

Also speaking at the program, Tikaram Sapkota, former board member of Nepal Tourism Board (NTB), said the coronavirus outbreak will hit the tourism industry hard. "The government should promote domestic tourism to keep the industry alive. It should float special travel offers to encourage staffers of both private and public institutions to travel to different domestic destinations," he added. He also urged the government to lower skyrocketing interest rates.

KATHMANDU, June 22: The hotel quarantines set by the Hotel Association of Nepal (HAN) have remained underused amid the government’s... Read More...

When the news emerged that a Chinese doctor, who had warned his colleagues about an emerging virus, was reprimanded by... Read More...