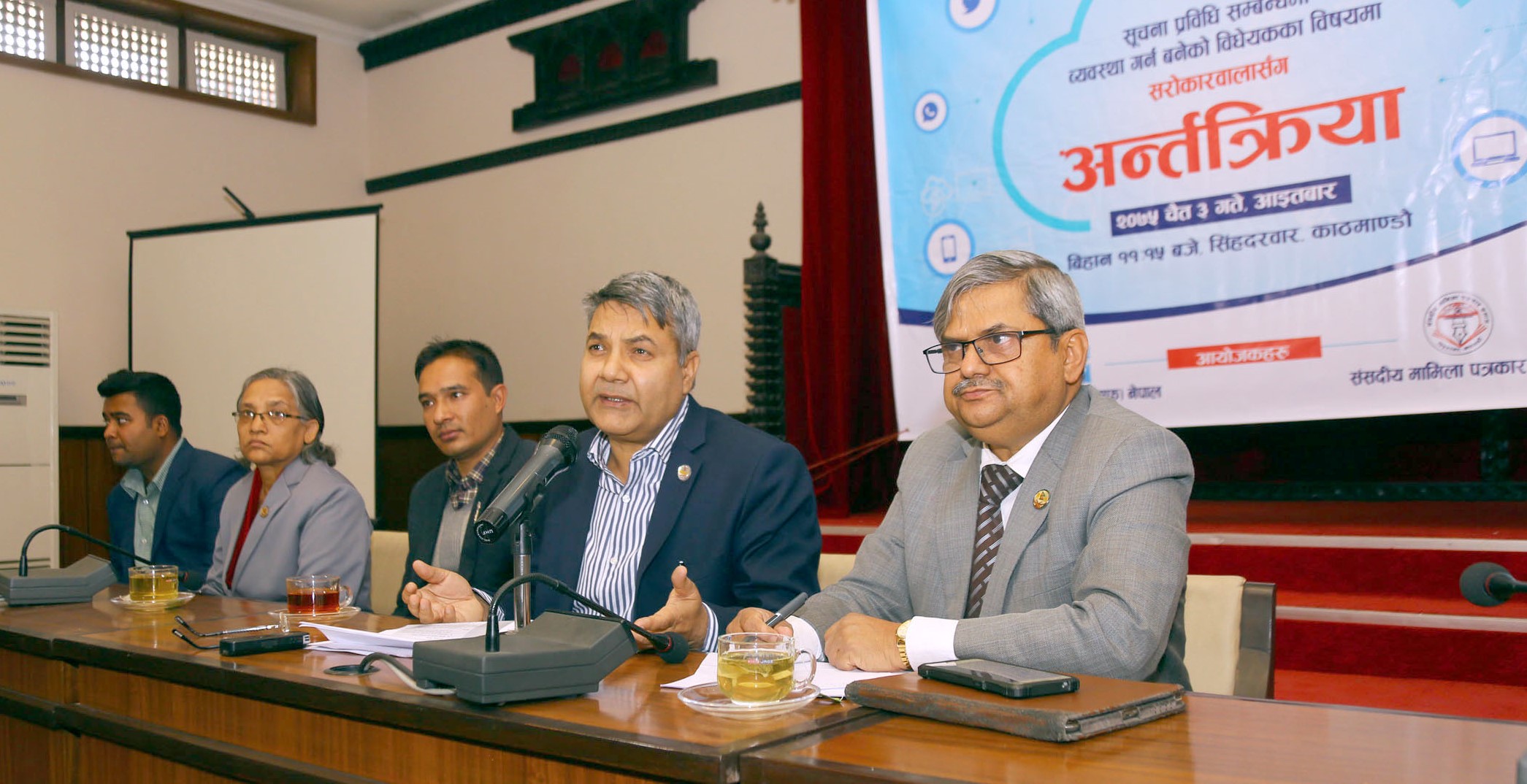 KATHMANDU, Mar 17: Minister for Communications and Information Technology Gokul Banskota made it clear that the new information technology bill was brought to manage digital medium but not against citizens' rights of expression.

"The bill does not question the rights of expression. It is brought with the aim to develop a digital signature and facilitate people's life. It also aims to discourage cyber bullies and crimes and curb the flow of indecent contents on the internet," he said at an interaction on 'Bill on the management of IT' held here jointly by the Society of Parliamentary Affairs journalists and the ICT Journalist Development Forum.

The bill provisions the regulation of social media by its registration, he said the social media operation without registration and posing a threat to national independence and social security would be banned.

Minister Banskota argued, "Where social networks like Google, Facebook and Twitter are used and developed, they pay tax to the respective State after getting registered there. But, they have evaded tax in Nepal. So it should be made systematic."

Stressing that social networks would be registered and domestic and foreign companies, who run social networks, should come into the tax system, he clarified that the bill was brought as it was necessary to regulate social networks after registering them.

The Minister further said, "Journalism is responsible towards nation and people and the social networks could be personal that journalism and social network are not same."

Presenting a working paper, lawmaker and senior advocate Ram Narayan Bidari and advocate Santosh Sigdel put forth views on the technical aspects of the bill.

The bill is currently under discussion at the Development and Technical Committee of the parliament. RSS

Why IT Bill is flawed

Arresting for writing in social media platforms, forcing artists to delete their songs from the internet and filing court cases... Read More...