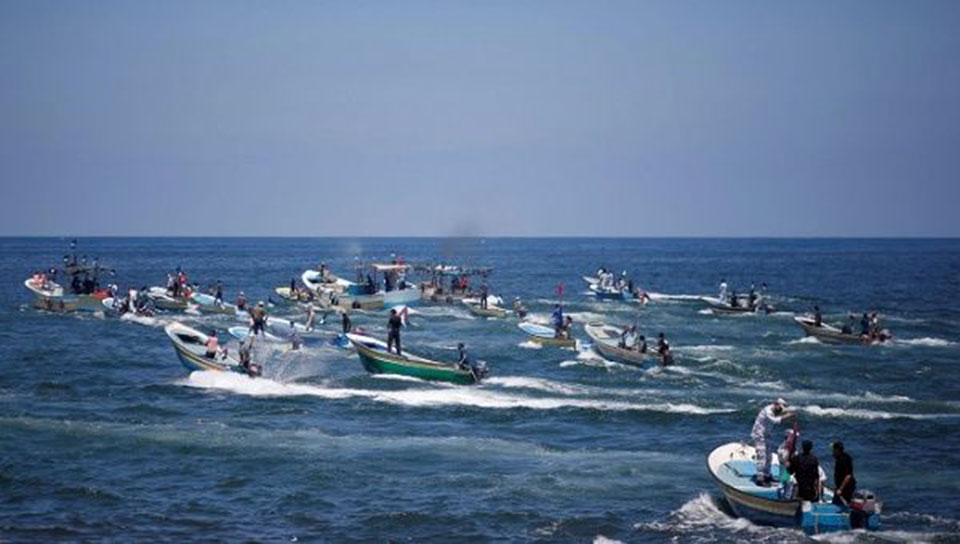 GAZA, July 11: “Gaza has proved to the whole world that it does not accept submission despite the continuous blockade.”

Freedom Boat 2 is a small fleet of vessels that were headed to Cyprus. The main boat with 11 Palestinian passengers, which includes university students and people injured during anti-Israel protests, was accompanied by about one dozen smaller boats, all sailing to break the Israeli maritime blockade on the Gaza Strip.

This is the second attempt to go out of the blockade since Palestinians started to hold regular demonstrations along the security fence that is located between Israel and The Gaza, on March 30. The first fleet had tried to set out from The Gaza on May 29.

Member of Gaza's National Committee for Breaking the Siege, Hani al-Thawabtah, declared during a press conference that “Gaza has proved to the whole world that it does not accept submission despite the continuous blockade.”

Israeli Navy Forces detained all 17 passengers of the Freedom Boat 2 fleet and seized the ship. Passengers were released, but the captain, Suheil Muhammad al-Amoudi, remains in custody.

“Latest Israeli procedures of tightening up the blockade on Gaza will not force Palestinians to give up on Palestine,” al-Thawabtah added.

Palestinians have regularly taken part in demonstrations along the Gaza-Israel border. Since March 30, over 130 Palestinians have been killed and thousands injured, by Israeli armed forces, and over 3,500 have been detained in 2018, including 651 children.

JERUSALEM, May 14:Israeli troops killed dozens of Palestinians taking part in mass protests on the Gaza border on Monday as the... Read More...