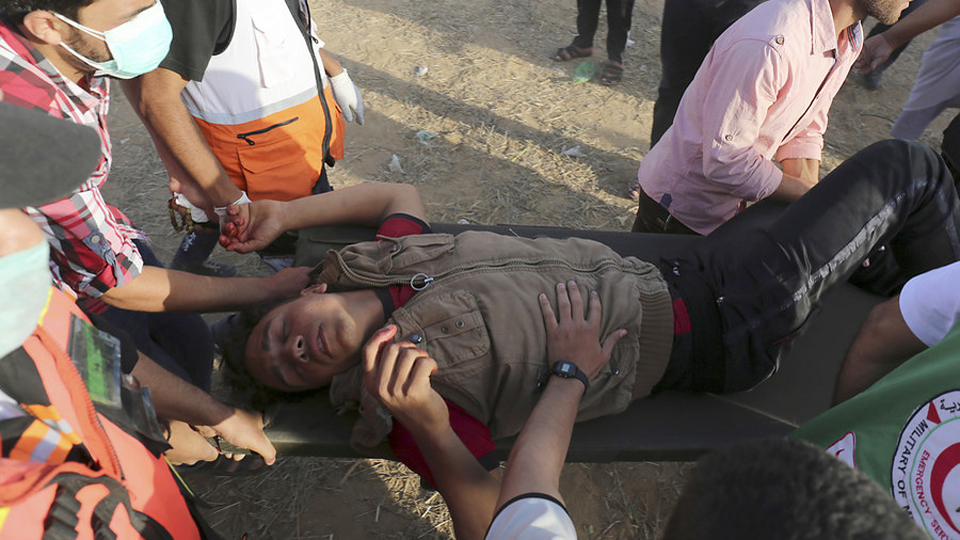 PALESTINE, June 23: Dozens of Palestinian protesters have been injured by Israeli forces gathered at the Gaza border for the Great Return March, according to the Ministry of Health.

Dozens of Palestinian protesters have been injured by Israeli forces gathered at the Gaza border for the Great Return March, according to the Ministry of Health. The injuries came on a day dubbed "Friday of the Wounded," with Palestinians turning up at the Gaza border holding balloons with the names and faces of those killed since the Great Return March demonstrations began 85 days ago. A total of 120 people have been killed and more than 13,000 have been injured since the Great Return March began on March 30, according to the Red Cross.

Israel has been condemned for using violent actions to quell the demonstrations, on one occasion calling on the Air Force totarget a single Palestinian. In another incident, the military deployed tank fire against three Palestinians. Earlier this month, Human Rights Watch said it believes the deaths and injuries of Palestinians by Israeli soldiers may amount to war crimes. It is calling for a probe into the military's behavior, and it believes that officials responsible should face trial and sanctions. Cabinet will get full shape today: Dahal
10 hours ago
Afghanistan and the United Nations
16 hours ago