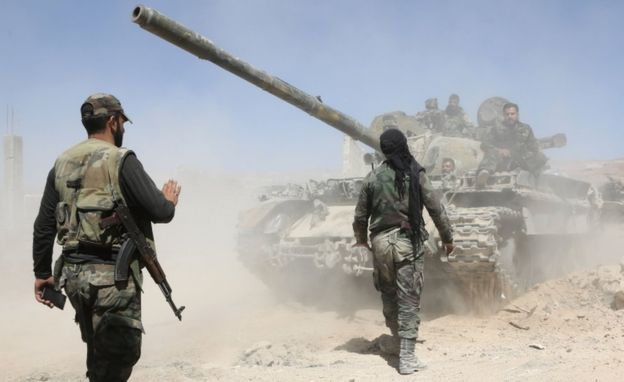 Although Islamic State lost its last territorial enclave in Syria at Baghouz near the Iraqi border last month to U.S.-backed forces, it still has fighters holding out in the remote central desert.

The most intense attack was in the al-Koum area north of the ancient desert city of Palmyra, the Observatory said, where Islamic State militants killed 15 Syrian army and allied soldiers.

Islamic State said in a message on its Amaq news outlet on Friday that it had killed 20 Syrian soldiers and injured others in the al-Sukhna region between Palmyra and Deir al-Zor in an ambush and clashes.

Syrian state news outlets did not carry any reports of Islamic State attacks or of deaths among pro-government forces in clashes with the militant group.

At least 6 pilgrims killed in militant attack in Indian Kashmir

SRINAGAR, July 10: Six Hindu pilgrims, most of them women, were killed in a gunbattle that erupted in Indian Kashmir on... Read More...

One killed in tusker attack in Jhapa

DAMAK (Jhapa), June 2: One person was killed when a wild elephant attacked him at Haldibari in the district last... Read More...