The inter-rural municipality dispute flared up late last week after Gandaki Province’s Tourism Minister Sagar Lamshal unveiled the new epicenter at Bhirkot Chungdanda in Dharche amid fanfare. During the ceremony, local authorities from Dharche even posed for a photograph, with a hoarding board reading “epicenter” in the background. (Photo: Narahari Sapkota)

GORKHA, Nov 9: Two rural municipalities in Gorkha district are at loggerheads over the epicenter of the devastating earthquake that hit Nepal in 2015.

Both the rural municipalities - Barpak Sulikot and Dharche - have claimed that the epicenter of the earthquake lies in their areas.

During the ceremony, local authorities from Dharche even posed for a photograph, with a hoarding board reading “epicenter” in the background.

Locals from Barpak Sulikot have vented their ire after the news came out on social media and local media regarding the announcement of the new epicenter of the earthquake by their neighboring rural municipality.

“Dharche Rural Municipality should correct its mistakes,” Bhatta asserted, adding that he has already sought the district administration’s help to resolve the matter.

On the other hand, officials from Dharche Rural Municipality said that they have only made an attempt to promote local tourism and don’t have any intention to change the epicenter. “We have already clarified the matter in writing to the authorities of Barpak. Hope they will understand,” Raj Gurung, the chairperson of Dharche, said.

Locals from Barpak blocked a road to Dharche for five days last week in protest against naming Bhirkot Chungdanda as the new epicenter of the earthquake.

Chairperson of Dharche-4 Raj Gurung said that daily essential goods and construction materials were left stranded along the road due to the blockade.

Although they allowed the resumption of the local road to Dharche, authorities concerned from the two rural municipalities have yet to sit down for talks to resolve the dispute.

Meanwhile, Assistant Chief District Officer Devi Pandey said that they have already asked the chiefs of the two rural municipalities and local representatives to settle the dispute through dialogue. Ashok Kumar Gurung, District Coordination Committee chairperson, said that the dispute between the two rural municipalities is not something new and this time they have locked horns over the 2015 quake’s epicenter.

Earlier, the two rural municipalities were at odds over the border demarcation and use of local forest.

Barpak, a village situated in the Northern part of Gorkha, was the epicenter of 2015’s earthquake that claimed over 9,000 lives, leaving thousands injured across the country.

The 7.8 magnitude earthquake killed and injured many people and left all the families residing in the quaint village homeless. Locals claim that almost 1,500 houses were destroyed. 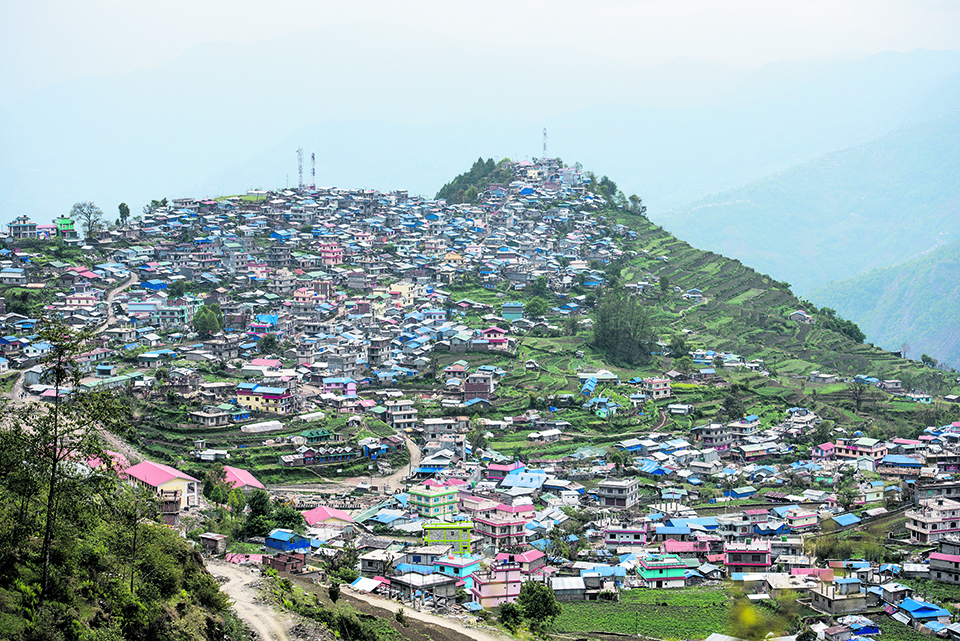 Suspension bridges constructed over Shringi and Koyakhola in Gorkha

KATHMANDU, July 19: The civil society in Bhimsen Thapa rural municipality in Gorkha district has lodged a complaint at the... Read More...