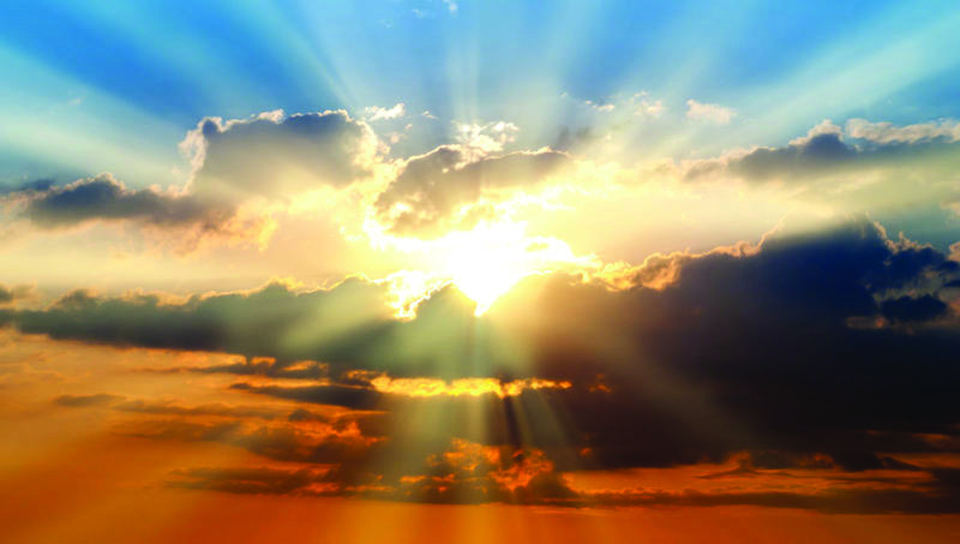 If the question was asked in a philosophy class, I probably would have quoted Fredrick Nietzsche and said God is imaginary creation of human minds

“Papa, is God dead?” My seven year old, behind me on her booster seat, caught me completely off guard. If you are raising a child, you must have observed that difficult questions arise at the most unexpected hours. Children, it seems, enter into a fact finding mode when you strap them on a car seat or attempt to put them to sleep after a long tiring day. Majority of her friends are Christian. So I knew she was talking about Jesus. But I decided to play along. “Which one, darling?” Her grandparents had given her antidote to monotheism by introducing her to several Hindu gods and goddesses during their last visit. She knew what I meant. Answering a question with a question is a strategy that helps to tease out answers from kids when you don’t want to overload them with your opinion.

“Why is so and so claiming that God is dead when most of our Gods are still alive?” She posed another question. Well, that did not go as planned. I did not want her to conclude that her friends’ God is dead while most of her Gods are alive. “But, I thought Jesus is the Son of God, right?” I tried to pull the train on track by reframing the question. “Yes.”  “Ok that means only the son is dead but his father, the real God, is still alive.” She concluded.

I did not quite like the conclusion but kept my mouth shut. A minute later, she asked again: “Papa, have you seen God?” “No, I have not.” “Have you met someone who has seen God?” “No, I have not.” She was pitching questions like a bowler eager to knock the opponent out. I was batting them, but was really looking forward for the bowling to be over. Finally, we reached the destination and she had to end the grilling session. Her mom, who came to pull her out from the vehicle, was my Goddess of relief.

Raising a curious child is one of the most difficult things to do. And I have realized that the most protection your child needs is from the all-knowing “you.” Parents are the real culprit when it comes to killing their kids’ curiosity. We tend to provide answers to each and every question our children ask. No need to say, most of us don’t even bother to ask ourselves the seriousness attached to those answers before providing them. Here are some of my favorites: “Why do I have to wear this “sacred” thread?” Answer: Because you are Brahmin. “Why do I have to sprinkle water and place rice around my plate before eating?” Answer: Because you are giving it to Gods first. Why do I have to hang my “sacred” thread around my ear-lob while going to a restroom? Answer: Because it otherwise will bring bad luck, followed by “you are asking too many questions. Can’t you just do a thing without asking for a reason behind?”

Apparently, the system that I grew up into was threatened by questions asked by children.  By providing light answers to genuine queries, parents and grandparents literally put hurdles to their children’s curiosity and creativity. And by doing so, parents are exposing their kids to their own strongly-held belief systems which are not only outdated but sometimes incorrect. Because the ideas held true so young are the founding stones of a belief system on which kids build their structures and constantly adjust those ideas based on their initially held strong beliefs, it is difficult to let go everything you have initially believed to be true.

If you are wondering how on earth Creationism has entered into some of the Science classrooms after century of Darwinism, look no farther than our own strongly held unreasonable religious and cultural beliefs. I have met so many Orthodox Hindus who clearly see all the modern day technological revolutions clearly written down in Hindu texts thousands of years ago. They are so delusional that they would latch into anything that fits into their belief system.

Raising a curious kid at this day and age is difficult. It means barring your child with so much of information that floats on the web and limiting their consumption of Siri and Cortana and the other all knowing personal assistant available with a flick of a finger ready to answer everything. The answers of these artificial intelligent assistants definitely need to be monitored. But answers provided by parents also need to be inspected, as we could be more harmful compared to the information AI assistants feed our kids with. But, frankly, very few of us have time to think about it. In a fast moving world where time is money and money sometimes is luxury you want to buy for your kids, we barely have time and patience to think before answering these very pertinent questions.

If the question “Is God dead?” was asked in a philosophy class, I probably would have quoted Fredrick Nietzsche and probably would have added that God is an imaginary creation of a human mind, and therefore s/he does not exist. And I would have discussed how Nietzsche came to that conclusion a century ago. And if it was a science class we could have discussed how science has even found Higgs Boson, a dark invisible particle that gives mass to all particles, often known as God Particle, but failed to locate God. Or how Einstein’s general theory of relativity has helped astrophysicists find millions of stars and black holes based on the distortion massive objects have caused on the fabric of space and time, but Heaven. Since it was not a question asked in a science or philosophy class but in an informal curiosity class by a seven year old who was armed with curiosity, the question became very difficult to answer.

Above all, I did not want my seven year old, who constantly checks under a pillow to try to catch a tooth fairy taking her tooth away, to enter school and quote her dad as saying “God in fact is dead.” Think about the mayhem it creates in an elementary school. A declaration made by a girl who keeps her baby teeth under a pillow for a tooth fairy because she still believes that her broken tooth can fetch real dollar bills in exchange challenges the existence of an “omnipresent God”. Does that mean, we are setting her up for gullibility by choosing to take part on the myth of a tooth fairy? Probably we are.

Probably we just did not think it through before falling into this socially accepted omnipresent trap of tooth fairy. I can’t wait to be caught taking a tooth out.

What’s up with God?

Unsatisfied with my answers around the existence of God and how the book on “Big Bang” she had read did not discuss God, she wanted to know the discrepancies between two stories. “Did God make a Big Bang, Papa?” “I don’t know, darling.” “Is this like that question which you wanted me to find the answer because you don’t have the answer?” “Yes, darling.” She was referring to a question “who was the first person born on Earth?” that she had asked me a while back and I wanted her to find the answer because I clearly did not have the answer.

The ball was still on her court. But she seems satisfied with the answer. She got out on the porch and started blowing bubbles. Some bubbles touched the ceiling, iron rails, and popped instantly. Others were carried by the breeze and went out of our sight into the open space. The fabric of breeze was pulling the bubbles away and they were getting farther and farther with each other like ever expanding galaxies. The only difference was that most bubbles were blowing off when they were pulled gently by the breeze while very few survived and disappeared into the emptiness.

Weather Alert: Chance of light rain across Nepal
24 minutes ago

Two arrested with 147 grams of brown sugar
42 minutes ago