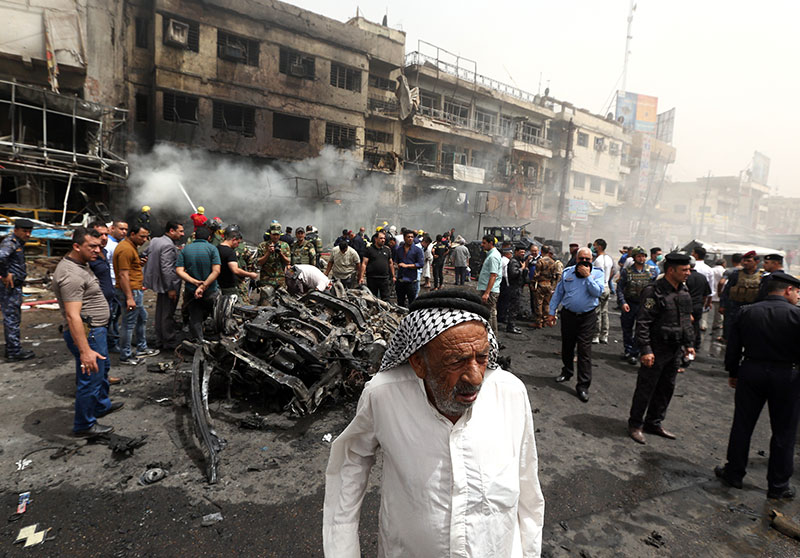 BAGHDAD, July 8: The death toll from an attack on a Shiite shrine north of Baghdad has risen to 37 overnight, with 62 people wounded, Iraqi officials said Friday.

The assault on the revered shrine comes less than a week after a bombing in central Baghdad claimed by the Islamic State group killed at least 186 people, fueling anger at the Iraqi government's security failings.

The attack began with a volley of mortar fire on Sayyid Mohammed shrine and a nearby market in Balad, 50 miles (80 kilometers) north of the Iraqi capital, late Thursday night. A suicide bomber first targeted policemen guarding the shrine's entrance, allowing a second bomber to push into the courtyard with nine gunmen, who targeted security forces and civilians who had gathered inside to celebrate Eid al-Fitr, the holiday marking the end of the holy month of Ramadan.

A third bomber was killed before he detonated his explosives, police officials said.

Police and hospital officials confirmed the death toll, speaking anonymously as they were not authorized to release information to the media.

In Baghdad, anger and protests were growing outside the scene of last weekend's car bomb attack, which was one of the deadliest since the 2003 U.S.-led invasion of Iraq. Many Iraqis blame their political leadership for security lapses that allow such large-scale bombings to happen in territory far from the front-line fighting against IS.

Small-scale bombings occur on a near-daily basis in Baghdad, and in May a string of larger attacks, many of them claimed by IS, killed more than 200 people in a single week.

The Islamic State group was pushed out of Fallujah last month after holding the city just west of Baghdad for more than two years. Despite a string of territorial defeats, IS still holds pockets of territory in northern and western Iraq, including the country's second largest city of Mosul.