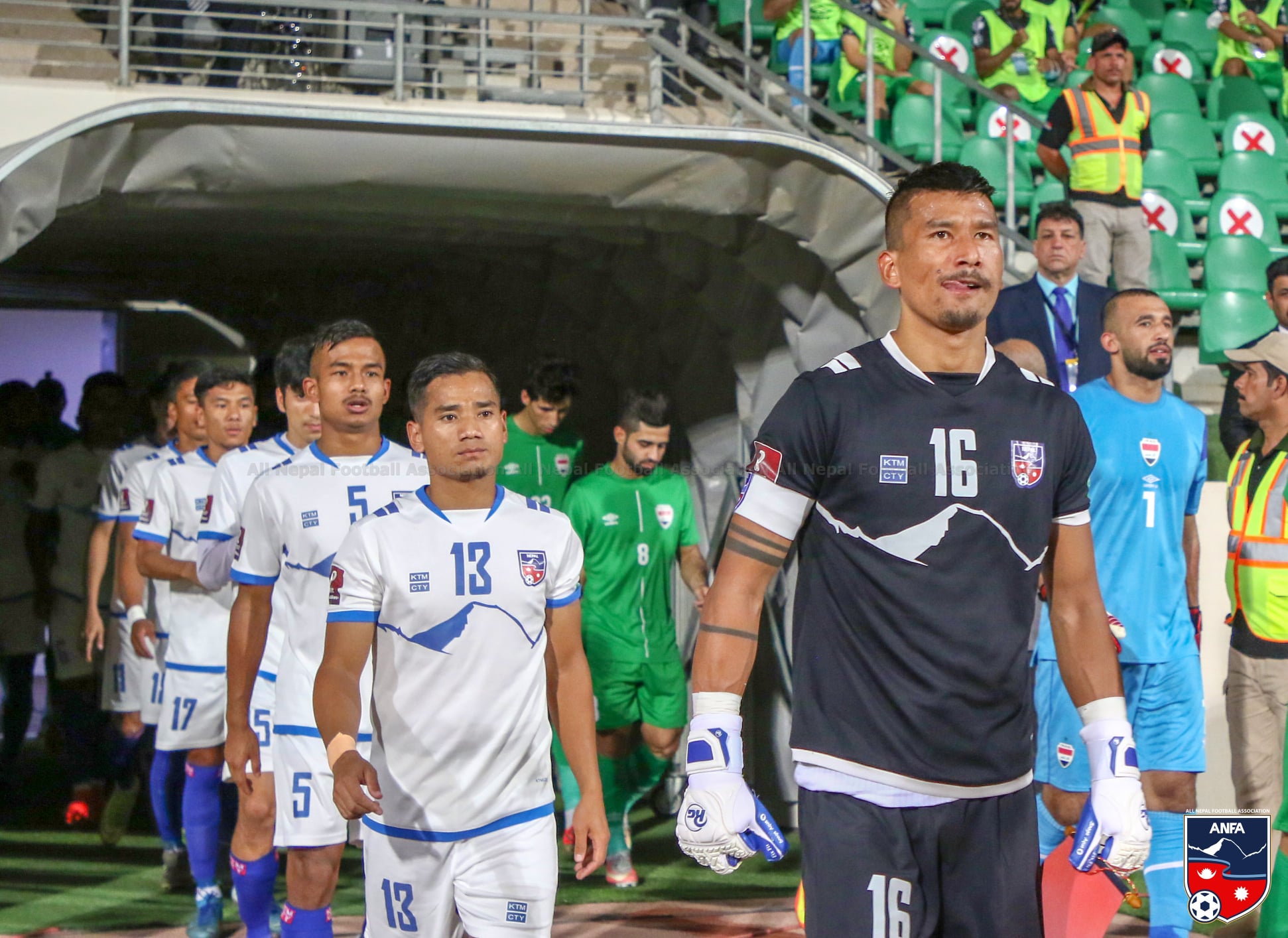 KATHMANDU, May 30: Nepal lost to Iraq by 2-6 in a friendly match held at the Alfaya sports ground in Basra, Iraq last night.

Iraq scored the first goal in the 7th minute. Iraqi captain Ala Abdul Jahar Khasin scored in a free-kick. Nepal then scored in the 8th minute with an own-goal from Ahmed Ibrahim.

But then Nepal conceded three more goals in the first half. Mohammad Abdul Jara Obed made it 2-2 in the 35th minute.  Ayaman Hussein  scored in the 40th minute and injury time of first half to make it 4-2 at half time.

The pressure on Nepal continued in the second half, with Mohanad Ali Alsamari making it 5-2 in the 67th minute and Sajjad Jasim scoring in the 75th minute to make it 6-2 for the hosts. The score remained the same until the end.

This was the first time Nepal played against Iraq in two decades. The match was played in an empty stadium due to the pandemic.

According to the latest FIFA rankings, Iraq is in the 68th position, and Nepal stands at 171.

According to the All Nepal Football Association, the national team will now fly to Kuwait to play the FIFA world cup qualifying games.  Nepal has been grouped together with Chinese Taipei, Jordan and Australia. So far, Nepal has registered one win and suffered four losses in the qualifying games.

BAGHDAD, DEC 31: The U.S. ambassador to Iraq and other staff were evacuated from their embassy in Baghdad for their... Read More...