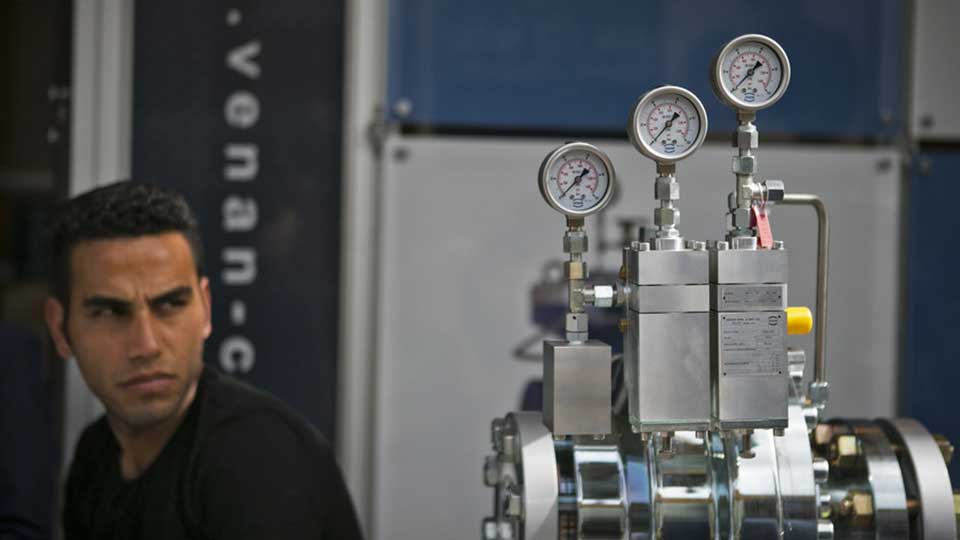 CAIRO, Sept 23: It’s about that time again. WTI hits $70 per barrel and the tweet-rage is back. OPEC does have a meeting in the coming days in Algiers to assess the state of the oil market and decide on next steps.

But one of the largest near-term challenges for OPEC is balancing the oil market in the wake of lost barrels from Iran – a key factor driving up prices and also a fact that seems to be lost on the American President.

There are no clear solutions for OPEC+ that leave the oil market satisfied while also maintaining group cohesion.

The obvious course of action is to allow for higher production levels. But there is no way to do this while also getting all parties on board. Iran’s oil minister said that any change to Tehran’s allotment would be blocked.

“I will definitely veto any decision that threatens our national interest,” Bijan Zanganeh said in an interview with reporters from S&P Global Platts and Bloomberg News. “Anyone who says they will compensate for the shortfall in the market is speaking against Iran. This is a 100 percent political statement, not economic.”

Because any OPEC agreement requires unanimous consent, Iran could block any changes to the formal oil production cut deal.

Iran still holds a little bit of leverage because the specifics of the June agreement, which called for increased production on the order of one million barrels per day (mb/d), were not hammered out. In all likelihood, Saudi Arabia and Russia would realistically take on a greater share of output, mostly because they are the only ones that have the ability to choose to produce substantially more.

But formalizing those increases is politically tricky. After all, Iran is taking tangible losses because of US sanctions. Those missing barrels have to be made up elsewhere. Saudi Arabia, Russia and a few Gulf States are the only countries that can increase output on a large scale. But even if Riyadh can physically replace the gap left over by Iran, Iran would never vote in favor of such a scenario.

“No consensus on this issue is likely,” Commerzbank wrote in a note.

Nevertheless, a de facto increase in Saudi production in lieu of supply losses from Iran is the only realistic outcome. The end result could be no formal agreement on specific allotments that take into account falling production from Iran and Venezuela. But the shift in market share may happen anyway, whether or not OPEC+ approves it.

It amounts to a sort of co-presidency between Riyadh and Moscow, the two largest producers within the OPEC+ group, but it certainly will diminish group cohesion.

“They are sacrificing OPEC, they are destroying OPEC and slowly, slowly, without directly saying so, they want to gather some names together to create a forum to replace OPEC and manage the market,” Zanganeh said.

He also said that Saudi officials should fess up to their real motivations. “If they want to produce excessively, we cannot stop them,” Zanganeh said. “There is no forcible instrument in OPEC. But they shouldn't do it in the name of OPEC. They should come out and say, 'The US has phoned and told me to increase output. And I have no other way but to do so.'”

Not only are Saudi Arabia and Russia taking on a greater role in the current moment to ensure market stability, but they are also looking to institutionalize the arrangement for the long-term.

In the near-term, the US seems to be counting on Saudi Arabia and Russia, along with American shale drillers, to offset the losses from Iran. Saudi Arabia has added about 400,000 bpd since May, while Russia has added about 300,000 bpd. But covering the accelerating losses from Iran won’t be an easy task. Iran could lose as much as 1.4 mb/d by the end of the year, according to S&P Global Platts Analytics. Venezuela could lose another 250,000 bpd.

Saudi Arabia is the only country with the ability to increase production on the scale of what we are talking about here, but any ramp up in production necessarily cuts into spare capacity, which is already at relatively low levels. The oil market will welcome more barrels from Saudi Arabia, but oil traders will nonetheless grow jittery as spare capacity dwindles.

Reports from earlier this week that Riyadh was content letting oil prices rise above $80 per barrel are perhaps a sign that Saudi officials are acknowledging the challenge of keeping a lid on prices at a time when Iran is seeing significant disruptions. As a result, it won’t be surprising if Saudi Arabia increases output in the months ahead, but that the effort fails to prevent oil from moving higher.