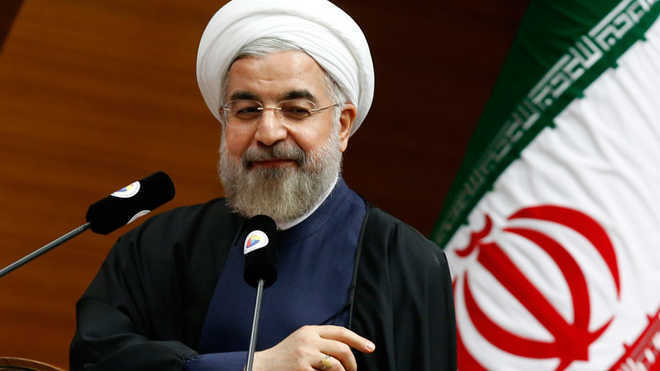 The enrichment decision, Iran’s latest contravention of the accord, coincides with increasing tensions between Iran and the United States in the last days of President Donald Trump’s administration.

Tehran started violating the accord in 2019 in response to Trump’s withdrawal from the pact in 2018 and the reimposition of U.S. sanctions that had been lifted under the deal.

The agreement’s main aim was to extend the time Iran would need to produce enough fissile material for a nuclear bomb, if it chose to, to at least a year from roughly two to three months. It also lifted international sanctions against Tehran.

The step was one of many mentioned in a law passed by Iran’s parliament last month in response to the killing of the country’s top nuclear scientist, which Tehran has blamed on Israel. Such moves by Iran could hinder attempts by the incoming Biden administration to re-enter the agreement.

The head of the International Atomic Energy Agency is set to inform members on Monday about developments in Iran, the IAEA said, after the announcement by Tehran.

“Agency inspectors have been monitoring activities at the Fordow Fuel Enrichment Plant in Iran. Based on their information, Director General Rafael Mariano Grossi is expected to submit a report to IAEA Member States later today,” a spokesman for the nuclear watchdog said by email.

In Brussels, an European Union Commission spokesperson said that the “move, if confirmed, would constitute a considerable departure from Iran’s commitments”.

EU said it would wait for a briefing by the head of the IAEA to EU member states before commenting further.

On Jan 1, the IAEA said Tehran had told the watchdog it planned to resume enrichment up to 20% at Fordow site, which is buried inside a mountain.

“The process of gas injection to centrifuges has started a few hours ago and the first product of uranium hexafluoride (UF6) gas will be available in a few hours,” Rabeie said.

“The process has started after taking measures like informing the U.N. nuclear watchdog.”

Iran had earlier breached the deal’s 3.67% limit on the purity to which it can enrich uranium, but it had only gone up to 4.5% so far, well short of the 20% level and of the 90% that is weapons-grade.

U.S. intelligence agencies and the IAEA believe Iran had a secret, coordinated nuclear weapons programme that it halted in 2003. Iran denies ever having had one.

In a statement in Jerusalem, Netanyahu said Iran’s enrichment decision could be explained only as a bid to “continue to carry out its intention to develop a military nuclear programme”.

He added: “Israel will not allow Iran to produce nuclear weapons.”

US prepped for strikes on Iran before approval was withdrawn