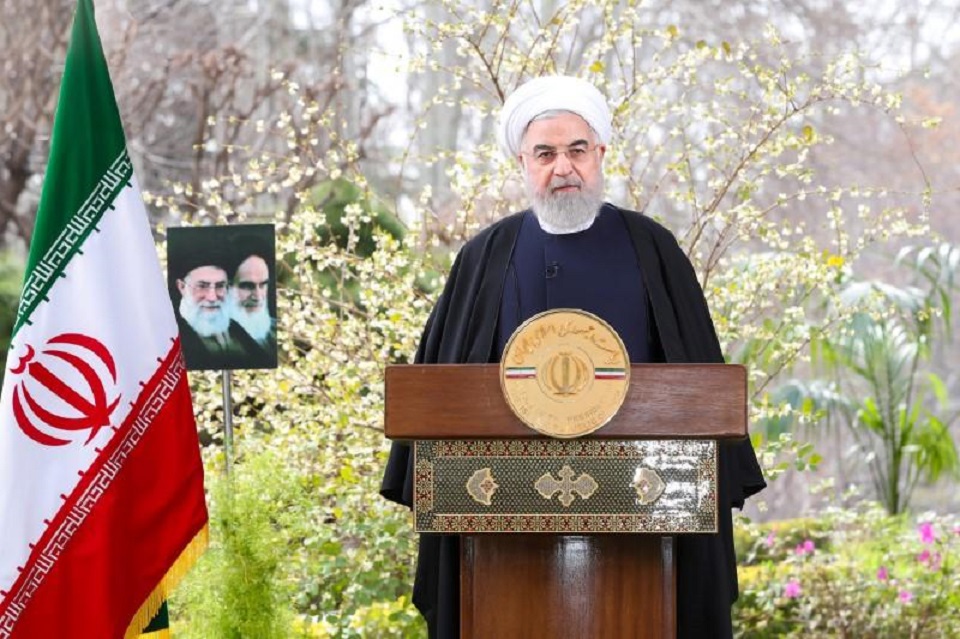 FILE PHOTO: Iranian President Hassan Rouhani delivers a televised speech on the occasion of the Iranian New Year Nowruz, praising doctors and nurses for their courage in fighting against the coronavirus disease (COVID-19), in Tehran, Iran March 20, 2020. Official Presidential website/Handout via REUTERS

DUBAI, March 21: Iran’s death toll from the coronavirus outbreak rose by more than 100 to 1,556 on Saturday and the total number of people infected now exceeds 20,000, a health ministry official said.

Iran, one of the countries most affected by the pandemic outside China, had on Friday reported a death toll of 1,433 and a total number of confirmed infections of 19,644.

The total number of people diagnosed with the disease stood at 20,610 on Saturday, health ministry spokesman Kianoush Jahanpour said on state TV.

Jahanpur warned that coronavirus cases would rise steeply unless people refrain from traveling during the two-week Iranian New Year holiday, which started yesterday.

“If people take it lightly and think that the coronavirus outbreak is over, and if urban and inter-city traffic and gatherings in resorts and natural parks increase ... then in one to two weeks we will see a new peak of the disease,” he said according to the semi-official ISNA news agency.

President Hassan Rouhani said on Saturday that social distancing measures to combat the coronavirus outbreak, including travel restrictions, will apply for only two to three weeks, expecting the crisis to ease by then.

DUBAI, May 15: Iran’s supreme leader issued a veiled threat in the same speech in which he stated that “no... Read More...

Gold price up by Rs 200 per tola, silver price remains stable
8 minutes ago

Light to moderate rain forecast for today
11 minutes ago