Iran investigation says Ukrainian jet was on fire before crash 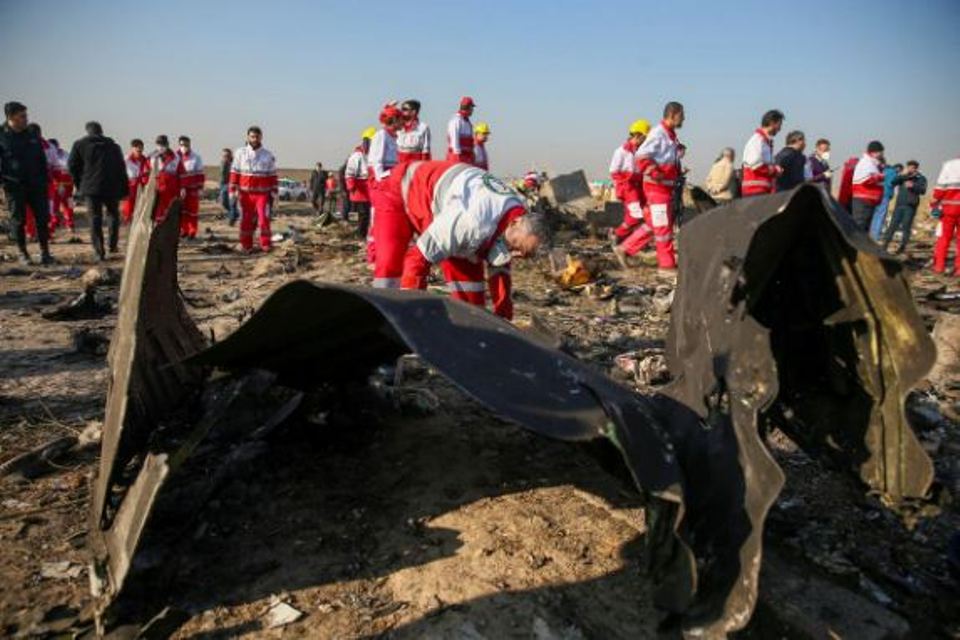 DUBAI, Jan 9: A Ukrainian airliner was on fire immediately before it crashed southwest of Tehran, killing all 176 on board, according to an initial report by Iranian investigators.

The Ukrainian International Airlines Boeing 737-800, flying to Kiev and carrying mostly Iranians and Iranian-Canadians, crashed shortly after taking off on Wednesday from Tehran’s Imam Khomeini airport.

The report, by Iran’s civil aviation organization, cited witnesses on the ground and in a passing aircraft flying at high altitude as saying the jet was on fire while still aloft.

The three-year-old Boeing jet, which had its last scheduled maintenance on Jan. 6, encountered a technical problem shortly after take-off and started to head toward a nearby airport before it crashed, the report said.

The technical problem was not specified in the report. However, a Canadian security source told Reuters there was evidence one of the jet’s engines overheated.

The crash occurred hours after Iran launched missile attacks on U.S.-led forces in Iraq, leading some to speculate that the plane may have been hit.

Five security sources - three Americans, one European and the Canadian - who asked not to be named, told Reuters the initial assessment of Western intelligence agencies was that the plane had suffered a technical malfunction and had not been brought down by a missile.

In a television statement, Zelenskiy asked people to refrain from speculation, conspiracy theories and hasty evaluations regarding the crash. He also declared Jan. 9 a day of national mourning.

He said that he would speak by telephone with the Iranian president to step up cooperation into the reason for the crash.

BEIJING, April 23: China’s Ministry of Foreign Affairs said on Tuesday it has lodged representations with the United States over its... Read More...