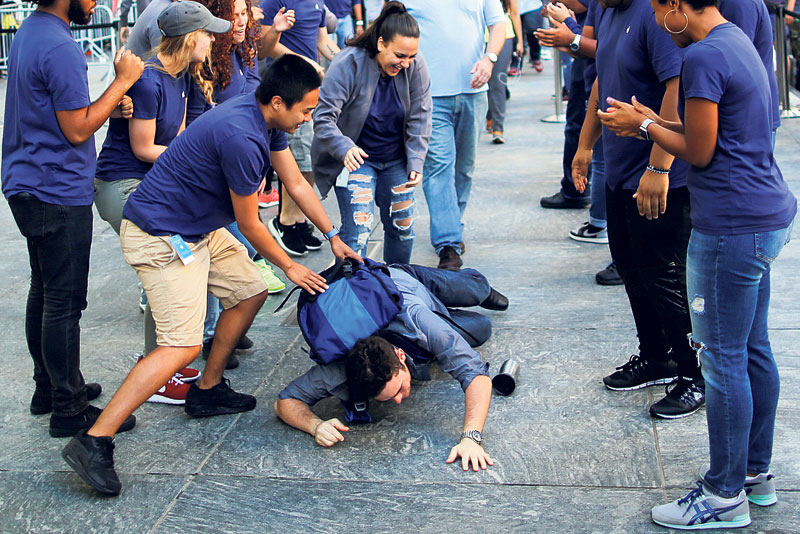 SAN FRANCISCO, Sept 17: Apple delivered its new iPhones on Friday in a global launch marked by long queues at its retail stores but also frustration over the sellout of some models.

The scenes in Apple stores around the world were reminiscent of earlier launches, generating both anticipation and disappointment, but it was unclear if the shortages were the result of strong demand or limited supply.

Buyers queued up outside stores in Australia in the early morning hours to become the first consumers worldwide to get their hands on the device, which comes with an improved camera, no headphone jack and a water resistant body.

The picture was repeated elsewhere in Asia and then in Europe and North America, as Apple released its new iPhone 7 and 7 Plus handsets.

At the Apple Store in the Georgetown district of the US capital Washington, dozens of consumers were still waiting in line hours after the store opening to get the new handsets.
“I tried to order it online, but I would have had to wait five to six weeks, so standing in queue was the only option,” said Naval Chopra, who was visiting from India at the time of the launch and joined the waiting group at 5:30 am for an iPhone 7.

“If you’re an Apple fan, there is something special about getting the new phone on the launch day.”

Washington resident Isaac Combs said he had being hoping to get the large-screen iPhone 7 Plus but learned on arrival they were sold out. Still, he opted for the iPhone 7, despite the smaller display.

The iPhone, Combs said, “is an essential part of life, it’s something I use every day.”
Apple sold of out the larger models quickly and had limited availability of the iPhone 7, with the new jet-black color especially scarce.