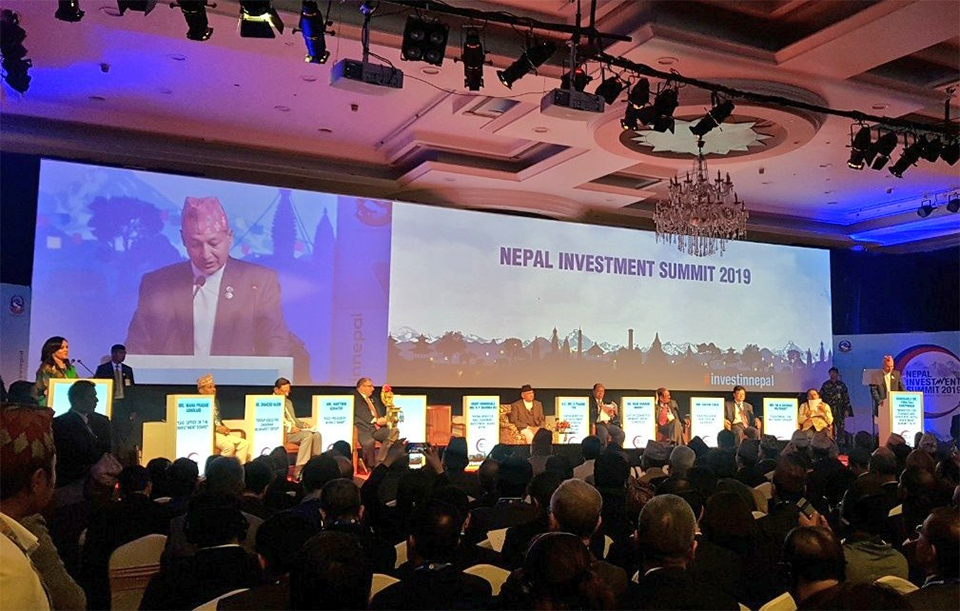 KATHMANDU, March 31: The business community has expressed concerns over the “minimal homework” the government did to entice foreign and domestic investors in the federal set-up. Experts argue that there was a “lack of coordination” between federal and provincial governments to identify priority investment areas that would help provinces to grow.

Gopal Tiwari, officiating Director General at the Federation of Nepalese Chambers of Commerce and Industry and Akhil Kumar Chapagain, president at the Nepal-Australia Chamber of Commerce and Industry, said that the federal government should have coordinated with provincial governments to address potential issues and be on the “same page” to convince investors. “These projects will be implemented in provinces and the provinces need to agree on the proposals forwarded by the Centre. Province 2 was the only province to invite investment,” Chapagain added.

For the Summit, the government had proposed 77 projects worth US$ 32 billion that required investment. However, there are 15 Memorandum of Understandings (MoUs) – just about 20 per cent of 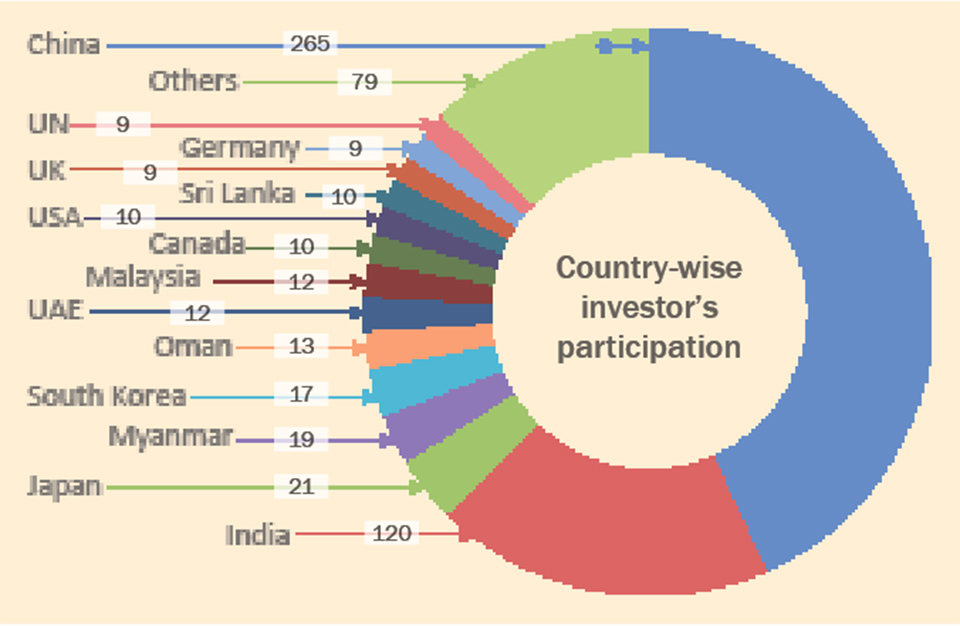 the total proposed projects that stands at 17.25 billion rupees. The government had expected investments of Rs. 37 trillion.

According to the Nepal Investment Board, there were a total of 17 applications – two each for Nijgadh International Airport, Tamor Hydropower, Kathmandu Outer Ring road and International Convention Center. The other applications were for the West Seti Hydropower, Kathmandu BRT, Integrated Agriculture at Urlabari, Banepa, Chitwan and Hemja, Dhulikhel Medicity, Logistics Bulk Terminal and a 550 MW solar plant.

“The government must work to facilitate investors through efficient and effective mechanisms in the system itself. This is one of the major hurdles for foreign investors in the country,” Tiwari said.

Chapagain, president at the Nepal-Australia Chamber of Commerce and Industry, argued that unless foreign investors were “convinced”, MoUs were unlikely to yield results.

“The government has inked some agreements. It ‘must’ translate its promises into action,” Chapagain said as he welcomed the government’s priorities on infrastructure.  “However, the government could have also focused into manufacturing and production line as it would have helped to generate more employment opportunities in the country.”

To attract investment, the government has enacted some laws including the Public-Private Partnership and Investment Act, the Foreign Investment and Technology Transfer Act, Special Economic Zone Act, Hedging Regulations among others .

Likewise, Shyam Mohan Shrestha, president at the Nepal-France Chamber of Commerce and Industry said that the government needed to scrutinize each MoU and assess the capacity of the companies. He added that the government couldn’t stay assured of the implementation. “The government must keep reminding the companies of their agreements and push for executing the projects accordingly – an important part that the previous summit in 2017 lacked.”

Then, there are simple but ground level problems the government must answer – shrinking working population, access to raw materials and land connectivity-- experts say. In rural parts of the country, there is a dearth of workers to do the smallest of tasks. “We’ll have to wait and see how the government tackles these problems and implements the MoUs,” Shrestha said.  “There also are questions on the duration of return,” he added. “Unless connected, it will take decades before the investors get the benefits.”

'Federal government was informed about CM Rai's US visit'

KATHMANDU, Nov 11: The federal government; and the province 1 council of ministers were apprised of the personal trip of province... Read More...

One killed, 22 injured in bus accident
44 minutes ago