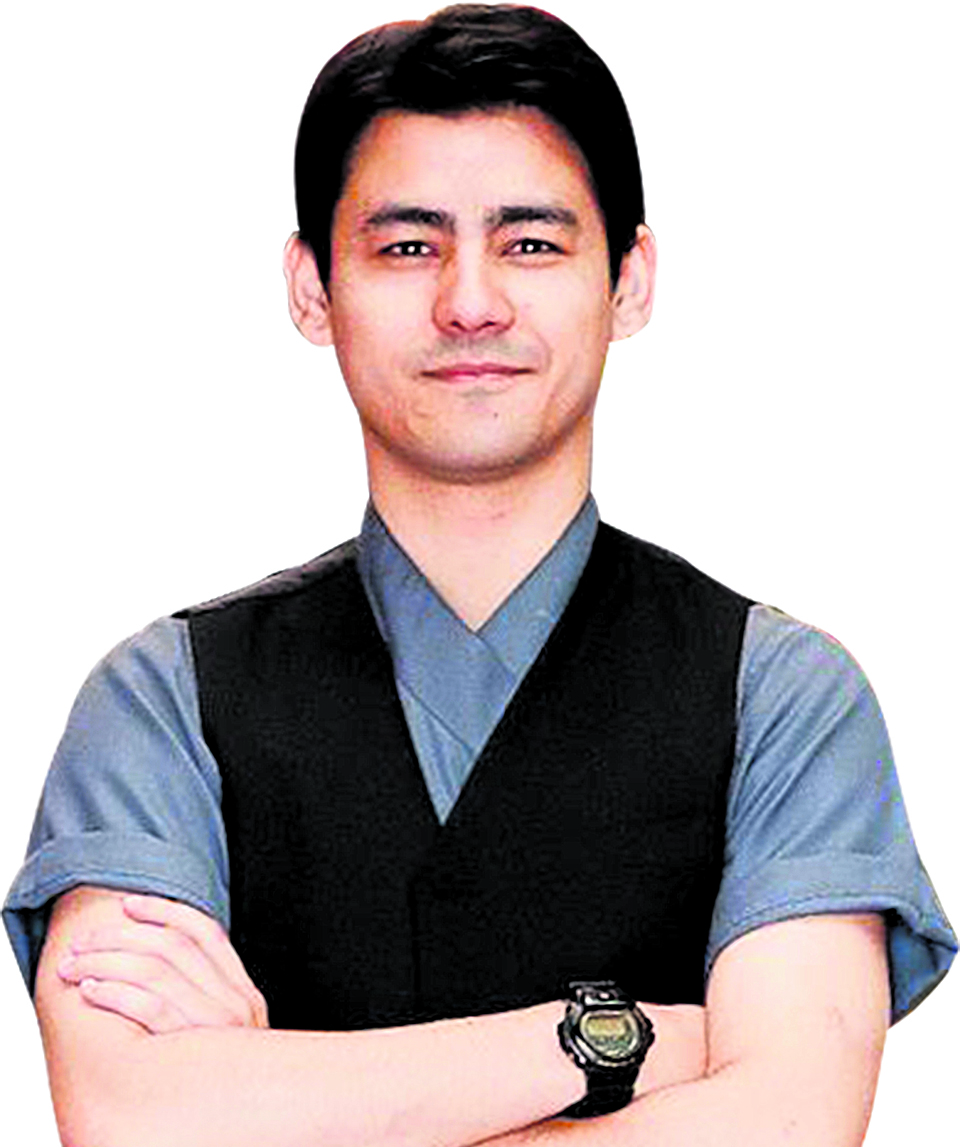 Sarun Tamrakar is a member of the band The Uglyz. And the members of the band live all over the world. Sudip Tamrakar, the band’s guitarist, is in Germany, Rakin Lal Shrestha, the band’s drummer, is in Nepal while Sarun himself, the group’s vocalist, is based in Australia. Sarun thinks that they’re just a group of 30-year olds making and performing music because they are bored.

The three loved writing songs and performing them but had no social media accounts, iPhones, or even internet in the year 1995, so they found themselves without a medium to showcase their talents. Forming a band was how they decided they would continue with music. Nearly 25 years later they are still together and are just as driven as ever.

Whatever Sarun may think of his band, The Uglyz has crowds screaming back their songs. From their hit songs “Aaudai Jadai” to “Maya”, The Uglyz are without a doubt one of the best bands in the Nepali music scene.

Herewith The Week’s Rakshya Khadka, Sarun talks about their musical experiences, their upcoming song, and picks five of his favorite albums.

The Uglyz’s music is classified under pop rock, how did you get around to making music of this genre?
All the members grew up listening to songs from the 1960s -90s, from the Beatles to Iron Maiden, from Narayan Gopal to Buddhist prayers and even Hindu bhajans. We are essentially a pop band. We wanted to write simple songs that people could relate to. Fortunately for us, some songs still resonate with the younger audience even today. This is beautiful and quite meaningful to us. In the end, however, we all agreed to follow our hearts and not a musical genre. Pop rock just happened.

You have a new song coming out. What is it about and what can your listeners expect?
Many years ago we did a song called “Audai Jadai” and people still love that song. It’s a song about cherishing a broken relationship and still continuing to appreciate each other. Not everyone is lucky in life and not all relationships are meant to last a lifetime. So I wrote a new song about this. The song will be a duet with Kengal Mehar Shrestha. It talks about broken relationships from both perspectives. It’s kind of like a sequel to “Aaudai Jadai”.

As a musician how do you want people to feel when listening to your music?
When I write music I do it with the intent to escaping reality and immersing myself in a whole other world. A musician creates a unique space for his listeners. I do the same and I want them to join me in sharing that space. A lot of imagination and thought processes go into making music. I hope people enjoy this journey of making and creating.

There are many new artists coming up in the Nepali music scene and you are considered a veteran in the industry. How do you want to stand out among this throng of talents?
I have huge respect for all the new artists. They are so well trained musically and they are taking the Nepali music scene to great heights. People called our time the golden era but I respectfully disagree. The present generation is the gen next era. I never write music to stand out. I write to express my feelings and state of mind. I just don’t believe in making conscious attempts to stand out. You have to do what you think and believe you should.

Rush
The Uglyz
I don’t listen to my own songs once they are released. However, this album will always remain in my heart. I remember writing a few songs for this album during work breaks, writing a few for my dog and then some with my best friends. Since it was a debut album I learnt a lot about recording studios as well. We spent a solid seven months working full time to get this album finished.

Geeti Yarra
Narayan Gopal
Swor Samrat, I need not say more. He is one of the most versatile singers the Nepali music industry has ever had. He could do justice to any genre of music and his songs are difficult in composition and structure but he sang them so effortlessly and soulfully.

Kalanki ko Jam
Mukti & Revival
This album ushered in the studio recording revolution in Nepal. A perfect blend of the east and the west, Mukti dai and the band perfectly balanced the blues and Newari/ Nepali songs in a very melodic way. Each song in the album makes you want to listen to the album over and over again.

Satabdi
1974 AD
This album helped me keep myself connected to Nepali music when I was overseas. It was easy to get carried away in the mix of foreign sounds so this album played a very important part in keeping me grounded. Plus each song in the album has a story to tell and has a time stamp in my memories.

Abbey Road
The Beatles
The Beatles aren’t legends for nothing. Rather than delving into the brilliance and complexity of this band and album (like millions of people already have) I’d just like to tell everyone to listen to this piece of music. Abbey Road never gets old, just more splendid.

The Week’s Ashma Chhetri caught up with Rana to know about his journey so far as well as find out... Read More...

COVID-19 risk in Nepal is beyond prediction: Minister Gyawali
7 hours ago

PHOTOS: A school in Kageshwori Manohara Municipality resumes classes after seven months of shut down
15 hours ago

Father arrested on charge of raping daughter
5 hours ago

COVID-19 risk in Nepal is beyond prediction: Minister Gyawali
7 hours ago