Likewise, Thapa and Yadav from Maoist Center will take Ministry of Home Affairs and Ministry of Industry, Commerce and Supplies.

Throughout the day, speculations were rife that the 11 days old Oli government would have a full-fledged cabinet of ministers by today.

With the Federal Socialist Forum Nepal most likely to join the government, UML and Maoist Center are likely to let go of each of their ministries

President Bidhya Devi Bhandari administered the oath of the office and secrecy to newly appointed ministers at the Office of the President, Sheetal Niwas, Kathmandu. 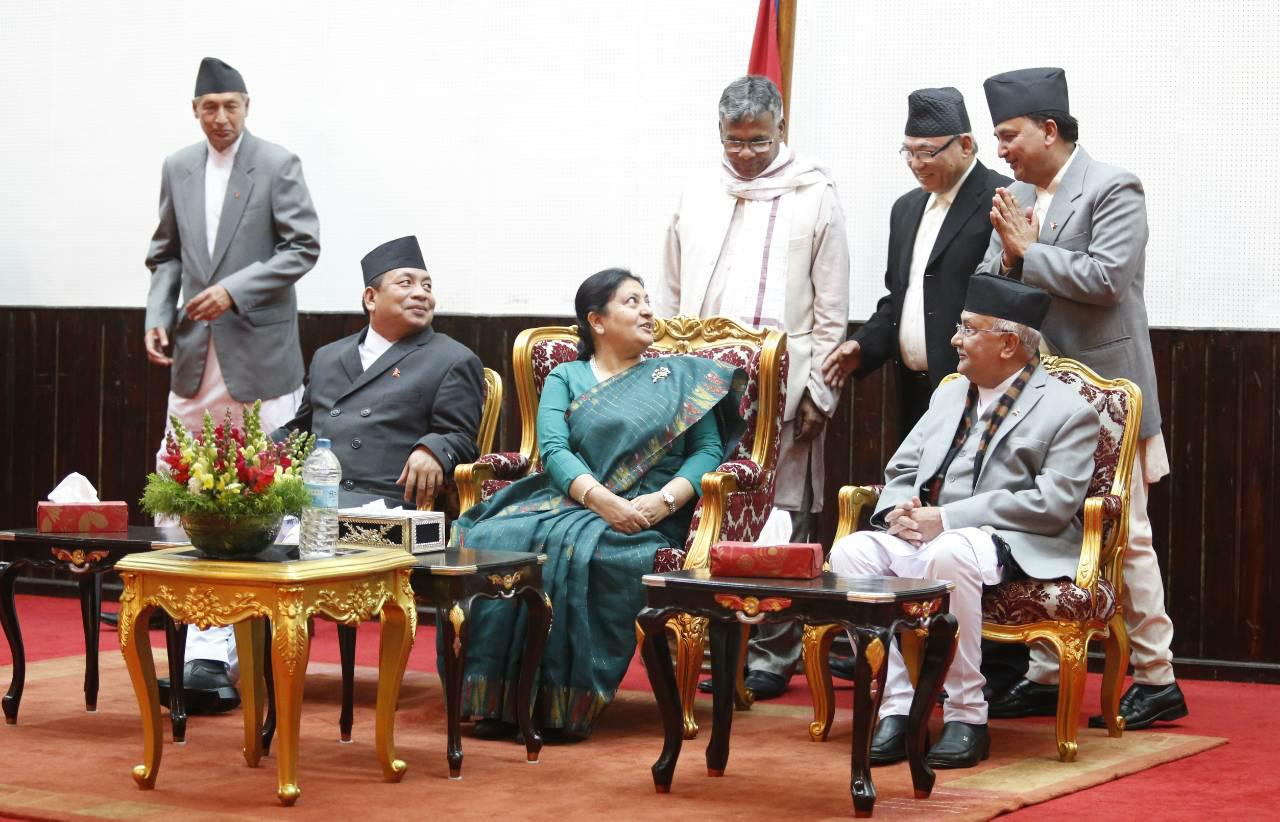 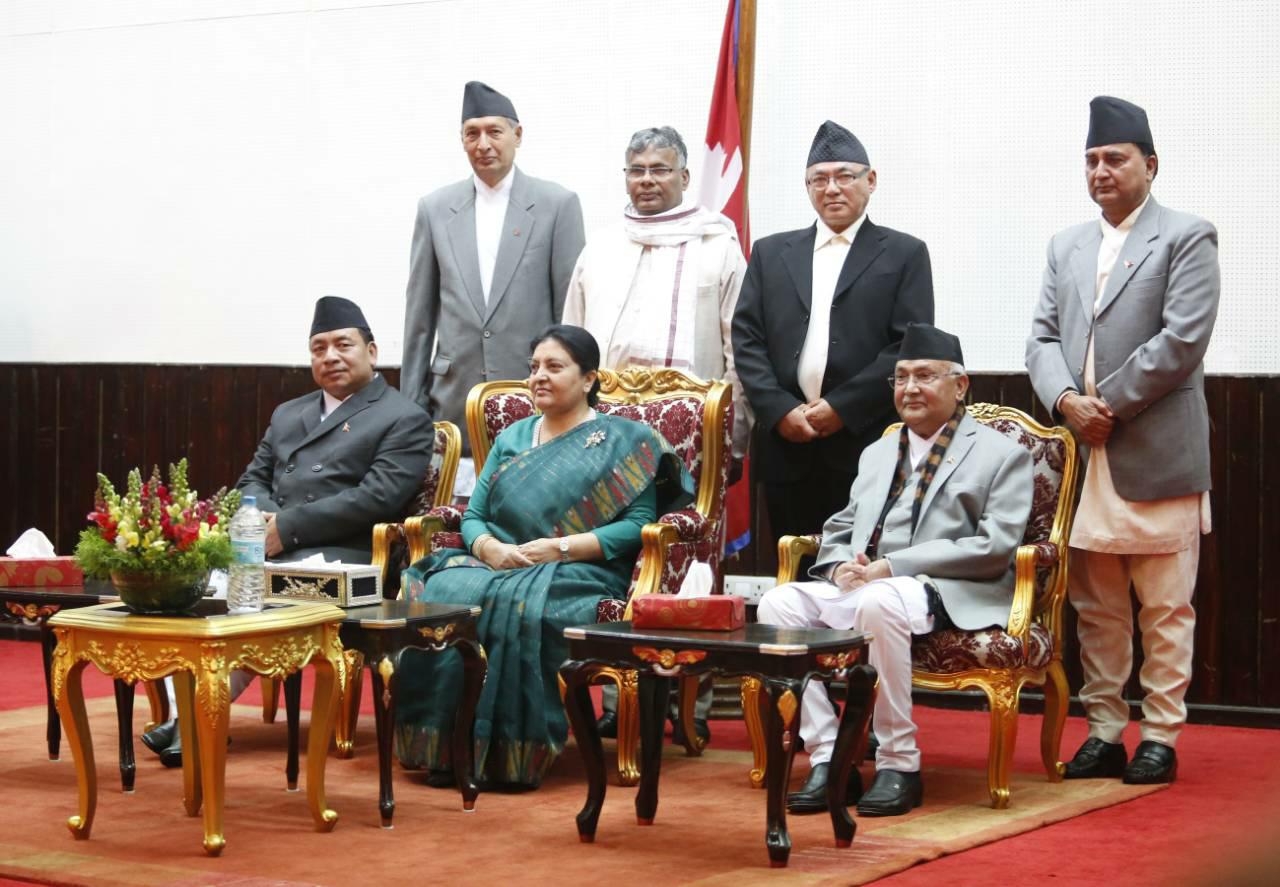 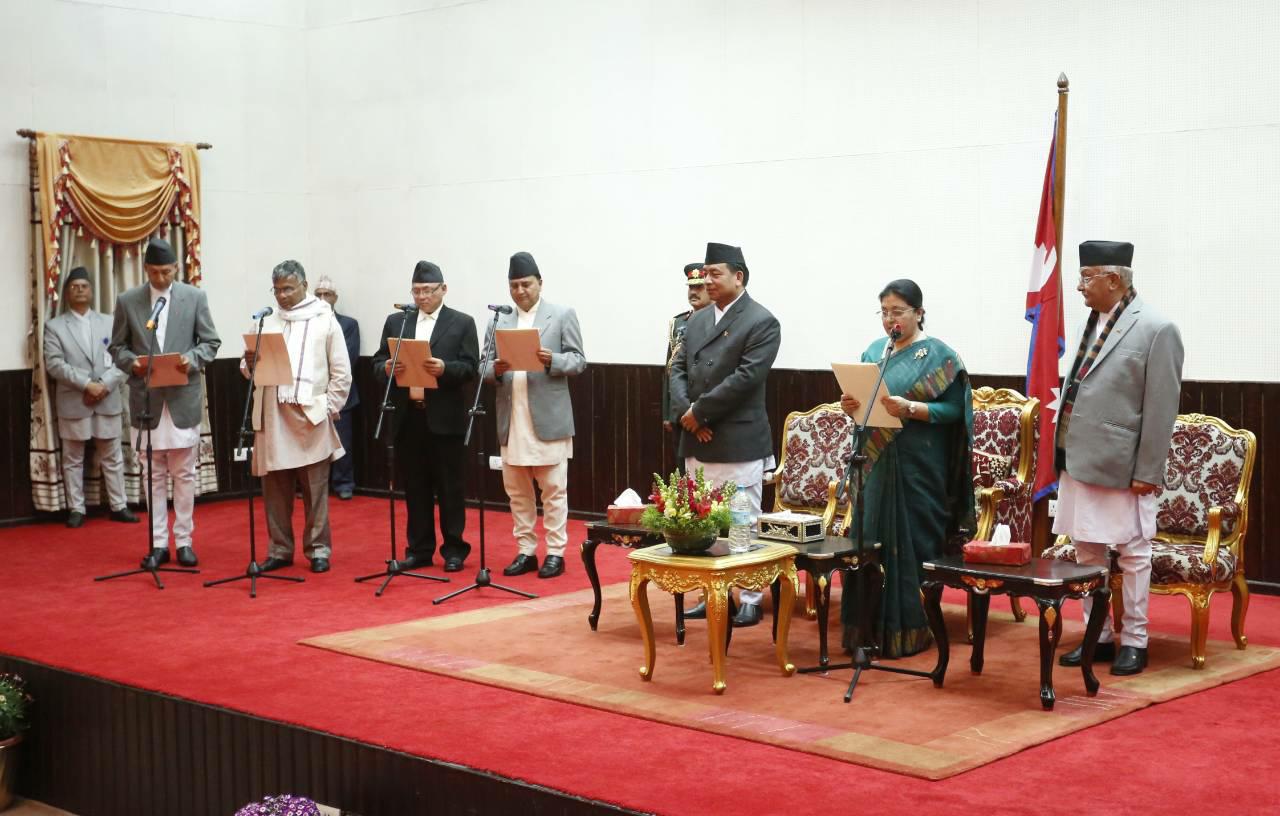