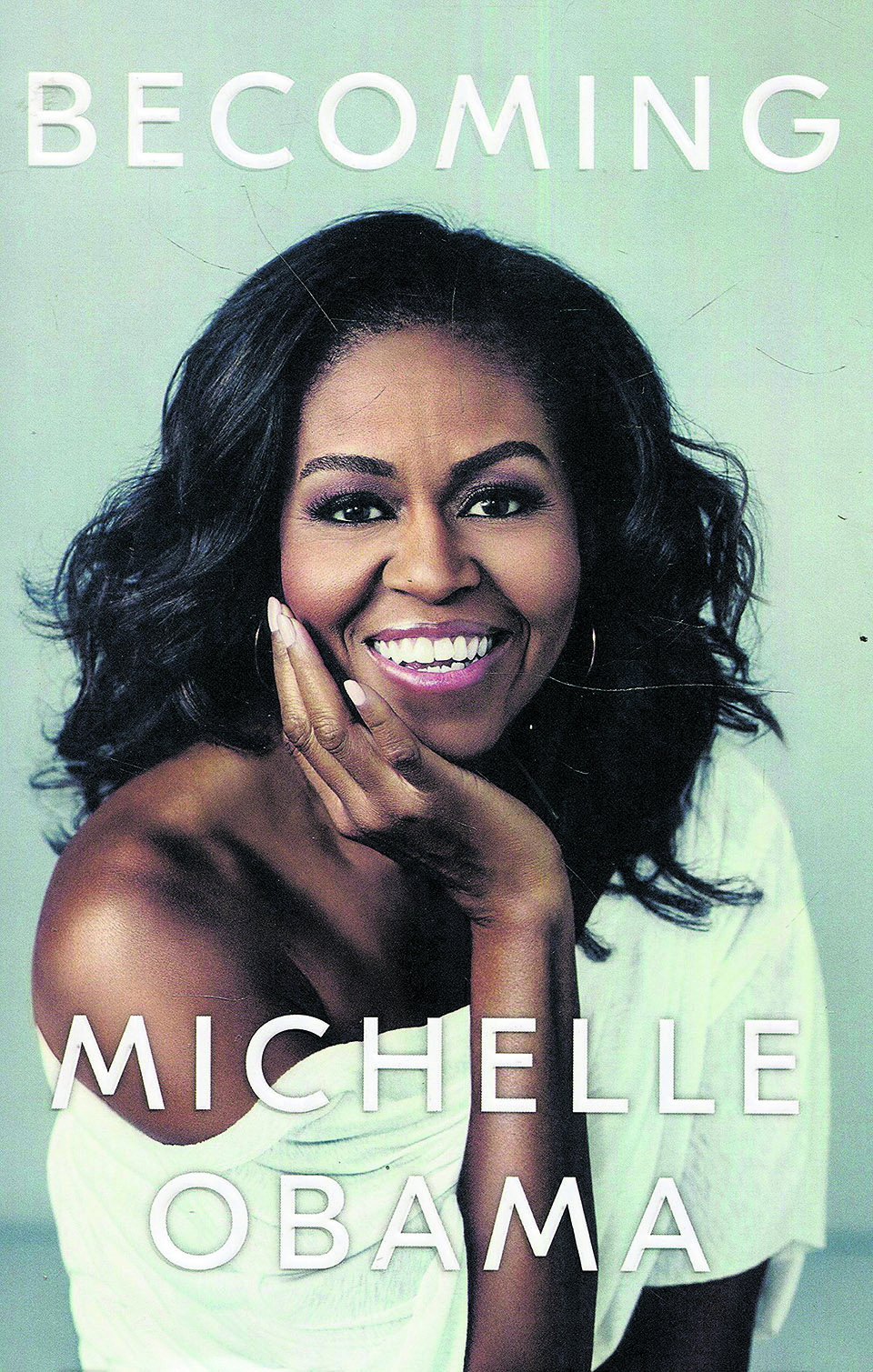 When Barack Obama became the 44th president of the United States, Michelle Obama came to the White House as the first lady along with their two daughters Malia and Sasha. In her book, Becoming, she writes about her life experiences, her childhood and upbringing, and the White House years and several other topics including gender equality, empowerment of women, and health issues.

The book is divided into four chapters – Becoming Me, Becoming Us, Becoming More and the Epilogue. For Michelle, “becoming” requires equal parts patience and rigor. It’s never giving up on the idea that there is more to be done. Michelle talks about her childhood, growing up alongside her brother Craig Robertson in a one-bed apartment with her great aunt living downstairs in South Side Chicago. She also recounts her solid relationship with her family.

At one point, her brother Craig cautions her that the color of their skin made them vulnerable. As a woman and a minority, she worked, and worked hard, to overcome all obstacles and challenges that came her way and was able to make it to Princeton University. She got all A’s in her exams. There were failures too but they didn’t deter her. When Michelle took the bar examination and failed, she didn’t give up. For her, persevering was an integral part of the journey to “becoming”.

Michelle also writes about juggling the responsibilities of being the first lady. She was new to a lot of things that came with being the FLOTUS. She shares her experiences of raising two daughters who were eight and six when Obama was elected the president of the United States of America. In discussing the 2016 elections, Donald Trump is mentioned in several pages, telling his supporters, “I can hurt you and get away with it.” Michelle writes, “Women endure entire lifetimes of these indignities – in the form of catcalls, groping, assault and oppression.” In her own ways, she calls out on wrongdoings.

She remains worried that “standards of decency were simply lowered in order to make room for the candidate’s voice.”  About Hillary Clinton, who opposed her husband in 2008 in party primary but later went to “become his loyal and effective secretary of state,” and was a candidate for presidential election 2016, Michelle calls her an “exceptionally qualified female candidate.” She further writes that it is distressing to see how the behavior and the political agenda of President Trump have caused many Americans to doubt themselves and to doubt and fear one another.
Her husband inherited an economy that had been hemorrhaging 800,000 jobs a month when he entered the White House.

By the time he left, the economy had racked up nearly five straight years of continuous job growth. She is worried to see the rollback of carefully built, compassionate policies of the Obama administration by the Trump administration. She says their goal after the election was to make the transition of power as smooth as possible – “With grace and dignity to finish our eight years with both ideals and our composure intact.” She recalls how President Obama after the election results in 2016 called “for unity and dignity asking Americans to respect one another as well as the institutions built by our democracy.”

Michelle, after having watched politics from close quarters for a decade, has no intention of running for office, ever. The political world was no place for good people, nothing but “the ugly red versus blue dynamic.”  She mentions going to oval office with her husband for the last time on January 20, 2017, where President Obama left a “handwritten note for his successor.” She also recalls sitting in the Capitol Hill for the third time (two times for the inauguration of her husband in 2009 and 2013, and once for the present president in 2017) and was dismayed to see that “the vibrant diversity of the two previous inaugurations was gone.”

Michelle’s story is inspirational and applies to minorities in America and Nepal alike. She calls herself an ordinary person who found herself on an extraordinary journey. For this reason, this can be an inspirational book to minorities everywhere. It can teach us a thing or two about how to confront and overcome problems in life. Her story teaches us that if we work hard and stay humble, we can get to where we want to. The path to success, as Michelle implies in the book, is to manage our time optimally, overcome challenges wisely, seize opportunities, and to strive to be the best. And she gives many examples on how she did just that, making us believe that we too can follow her footsteps.

KHOTANG, Jan 10: A month after the successful completion of the parliamentary and provincial elections, the promotional tools and materials... Read More...