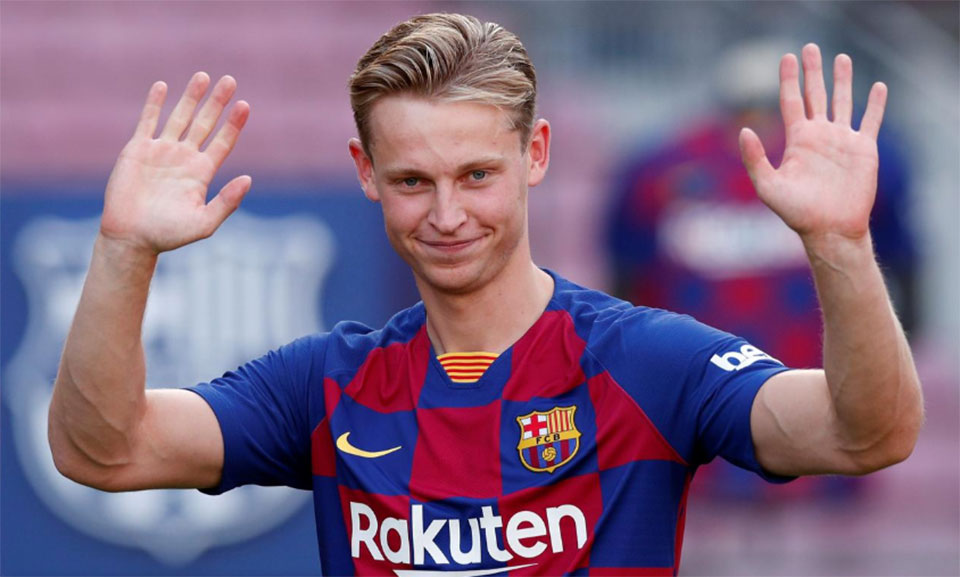 KOBE, July 29: When Barcelona announced in January they had signed Frenkie de Jong from Ajax, the midfielder became the latest in an illustrious pipeline of Dutch imports to the Catalan club.

Since Rinus Michels and Johan Cruyff brought Dutch ‘Total Football’ to Barcelona in the 1970s, there has been a steady stream of talent moving south from the Netherlands.

De Jong is proud to join the likes of compatriots Ronald Koeman, Frank de Boer and Patrick Kluivert in heading to the Nou Camp, having dreamed of wearing Barca colours.

“I think it is because of Cruyff,” De Jong told Reuters in Kobe during Barcelona’s pre-season tour of Japan.

“He changed the club a bit, of course, and I think his influence was really big on Barcelona.”

In two pre-season games, De Jong, who excelled for Ajax on their run to the Champions League semi-finals last season, has already shown promising signs.

With his precise passing and energetic press in defence, the 22-year-old appears the perfect midfielder for Barcelona’s unique style.

“But I think the style and the vision of Ajax and Barcelona is a bit similar so it is not that big of a difference to me.”

SETTLED
De Jong has joined established names such as Sergio Busquets and Ivan Rakitic, winners of 12 La Liga titles between them, at the heart of coach Ernesto Valverde’s midfield.

De Jong said the pair had helped him settle in and he looked forward to learning from them.

“Everyone is helping me a lot, from the players to the staff, to the club,” said De Jong.

“Of course, I have watched a lot of matches of Barcelona over the past years, so I know they are amazing players.

“I have been looking up to them and they are a bit of an example to me.”

Having returned to Barcelona, De Jong may make his Nou Camp debut in a pre-season friendly against Arsenal on Aug. 4 before the La Liga season-opener against Athletic Bilbao on Aug. 17.

De Jong has been brought in partly to fill the gigantic hole left by Iniesta and midfield partner Xavi at Barcelona.

BARCELONA, July 5: Argentina forward Lionel Messi has agreed to a three-year contract extension that will keep him at Barcelona through... Read More...