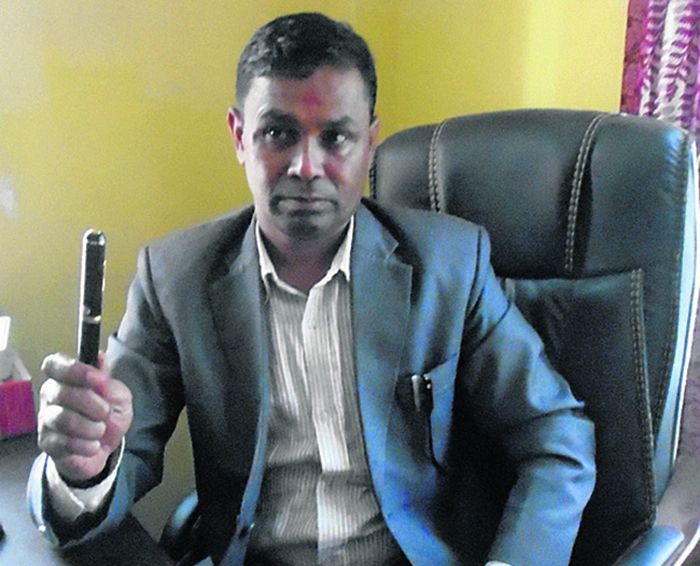 BAJHANG, July 20: Breaching the law, an inmate serving a jail term on the charge of rape was found carrying a spy pen camera inside the District Prison, Bajhang, police revealed.

This is actually an incident of six months ago which came to light only recently. Ishwar Thapa who is also known as RN was found carrying the pen with a hidden camera to track the security in the prison. Speaking at a press conference, Jailer Rajendra Bahadur Bohora informed journalists that the camera was recovered from his bag.

On December 11, 2018, the court convicted him guilty for raping a girl. He was actually transferred from Bardia prison. When asked by the journalists whether inmates consume drugs or alcohol inside the prison, Jailer Bohora revealed the incident. However, he also stated that the incident occurred six months ago due to the negligence of security personnel and guards.

Reportedly 15 security personnel including Police In-charge Ganesh BK were transferred to another place as a punishment for their negligence.  They also claimed that there have been no criminal activities inside the prison since that incident.

Chief District Officer Suresh Sunar claimed that he only learnt about the incident in April.
Meanwhile, acting chief of District Police, Nain Bahadur Saud assured that security has been tightened in the prison following the incident.

BIRATNAGAR, Oct 28: An inmate died in a prison in Biratnagar on Friday evening. ... Read More...

ITAHARI, July 4: Of those arrested on the charge of possessing fake certificates, three fake doctors were released on bail... Read More...