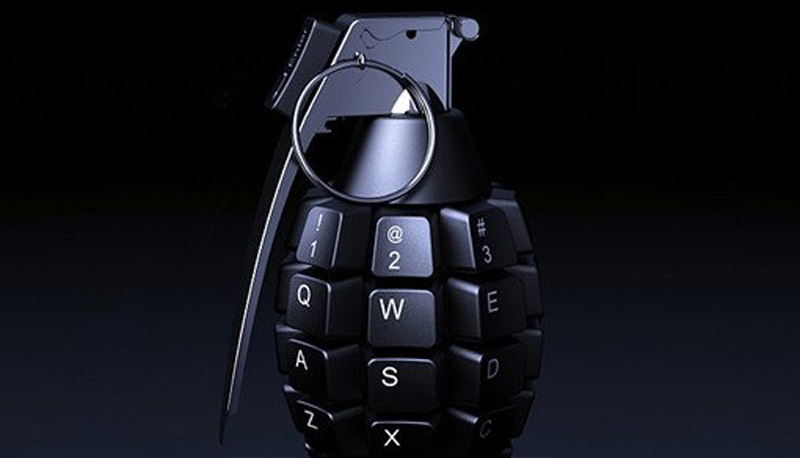 Russia employs armies of paid trolls and botnets to generate false information that can later be legitimated as if it were true
Russia’s interference in the 2016 US presidential election, and its suspected hacking of French President Emmanuel Macron’s campaign servers, should surprise no one, given President Vladimir Putin’s (mis)understanding of soft power. Before his re-election in 2012, Putin told a Moscow newspaper that “soft power is a complex of tools and methods to achieve foreign policy goals without the use of force, through information and other means of influence.”

From the Kremlin’s perspective, color revolutions in neighboring countries and the Arab Spring uprisings were examples of the United States using soft power as a new form of hybrid warfare. The concept of soft power was incorporated into Russia’s 2013 Foreign Policy Concept, and in March 2016, Russian Chief of General Staff Valery Gerasimov stated that responding to such foreign threats “using conventional troops is impossible; they can be counteracted only with the same hybrid methods.”

What is soft power? Some think it means any action other than military force, but this is wrong. Soft power is the ability to get what you want through attraction and persuasion rather than threats of coercion or offers of payment.

Soft power is not good or bad in itself. Value judgments depend on the ends, means, and consequences of an action. It is not necessarily better to twist minds than to twist arms (though the subject usually has more autonomy in mental rather than physical processes). Osama bin Laden neither threatened nor paid the men who flew aircraft into the World Trade Center in September 2001: he attracted them by his ideas to do evil.

The soft power of attraction can be used for offensive purposes. Countries have long spent billions on public diplomacy and broadcasting in a game of competitive attractiveness—the “battle for hearts and minds.” Soft-power instruments like the Marshall Plan and the Voice of America helped to determine the outcome of the Cold War.

After the Cold War, Russian elites believed that European Union and NATO enlargement, and Western efforts at democracy promotion, were designed to isolate and threaten Russia. In response, they tried to develop Russian soft power by promoting an ideology of traditionalism, state sovereignty, and national exclusivity. This resonated in countries like Hungary, where Prime Minister Victor Orbán has praised “illiberal democracy,” as well as among the diaspora along Russia’s borders, in impoverished countries of Central Asia, and among right-wing populist movements in Western Europe.

Information warfare can be used offensively to disempower rivals, and this could be considered “negative soft power.” By attacking the values of others, one can reduce their attractiveness and thus their relative soft power.

Nongovernmental actors have long understood that multinational corporations are vulnerable to having their brand equity diminished through “naming and shaming” campaigns. The available evidence suggests that when the Russians began their intervention in the American presidential election in 2015, their objective was to sully and discredit the US democratic process. The election of Donald Trump, who had praised Putin, was a bonus.

Now, Russian interference in European democracies’ domestic politics is designed to reduce the attractiveness of NATO, the embodiment of Western hard power, which Russia views as a threat. In the nineteenth century, the outcome of contests for mastery of Europe depended primarily on whose army won; today, it also depends on whose story wins.

Information warfare goes well beyond soft power, and it is not new. Manipulation of ideas and electoral processes by cash payments has a long history, and Hitler and Stalin were pioneers in radio attacks. But broadcasting that seems too propagandistic lacks credibility and thus does not attract—or produce soft power among—some audiences.

With international politics becoming a game of competitive credibility, exchange programs that develop personal relations among students and young leaders are often far more effective generators of soft power. In the 1960s, the broadcaster Edward R. Murrow said the most important part of international communications is not the ten thousand miles of electronics, but the final three feet of personal contact.

But what happens in today’s world of social media, where “friends” are a click away, fake friends are easy to fabricate, and fake news can be generated and promoted by paid trolls and mechanical bots? Russia has perfected these techniques.

In addition to formal public diplomacy mouthpieces like Russia Today and Sputnik, Russia employs armies of paid trolls and botnets to generate false information that can later be circulated and legitimated as if it were true. Then, in 2016, Russian military intelligence went a step further, by hacking into the private network of the Democratic National Committee, stealing information, and releasing it online to damage Hillary Clinton’s presidential candidacy.

Though information warfare is not new, cyber technology makes it cheaper, faster, and more far-reaching, as well as more difficult to detect and more easily deniable. But while Russian information warfare has been somewhat successful in terms of disruption, affecting the 2016 US election somewhat, it has failed in terms of generating soft power. The Portland Consultancy in London publishes a “Soft Power 30” index that ranks Russia 27th.

In 2016, Finland’s Institute of International Affairs found that Russian propaganda had little impact on mainstream Western media and had never resulted in any change in policy. And a Chicago Council on Global Affairs poll in December indicated that Russia’s popularity among Americans was the lowest since the Cold War year of 1986.

Ironically, rather than pocketing the Trump bonus, Russia’s information warfare has handicapped the US president by greatly reducing Russia’s soft power in America. As some analysts point out, the best response to a “fire hose of falsehoods” is not to try to answer each lie, but to forewarn and inoculate against the process. As Macron’s victory has shown, the European elections of 2017 may benefit from such forewarnings.

Digital media is already at its peak and there is no doubt on that. While many of us might not... Read More...