Infographics: Where people are most and least likely to adhere to law 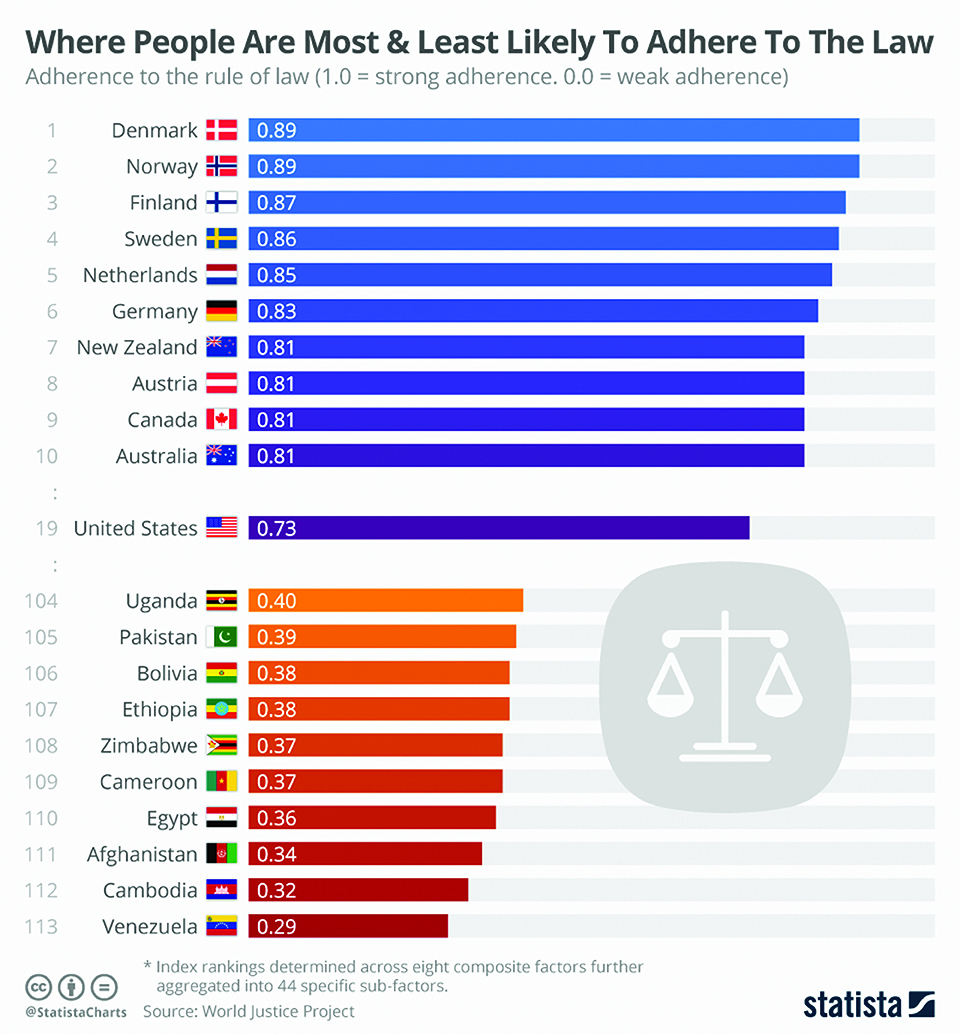 Many factors influence how effectively a government is able to uphold the rule of law and some of them include access to courts, lack of corruption, effective policing and institutional competence. While some governments are able to combine these efficiently, resulting in strong adherence to the law, others tend to struggle. Research from The World Justice Project measured rule of law adherence in 113 countries around the world, focusing on eight factors: constraints on government powers, absence of corruption, open government, fundamental rights, order and security, regulatory enforcement,
civil justice, and criminal justice.

Since 2016, 34 percent of countries saw their rule of law decline, 20 percent improved and 37 percent stayed the same. Western Europe dominates the top of the ranking with Scandinavia first in the world for adherence to the law. Denmark and Norway were top with a score of 0.89, followed by Finland and Sweden with 0.87 and 0.86 respectively. Outside Europe, New Zealand, Canada and Australia also made the top-10 while the U.S. came 19th with a score of 0.73.

Venezuela is rock bottom of the ranking with a score of 0.29. The bottom-five is rounded off by Cambodia, Afghanistan, Egypt and Cameroon. Since 2016, The Philippines was the biggest mover, falling 19 places to 88th. The biggest improvers were Burkina Faso, Kazakhstan and Sri Lanka with each nation moving up nine positions since the last edition of the index was published.

Infographics: Where people trust the news most and least

Where people trust the news most and least ... Read More...

Rain with thunderstorm predicted for today
4 minutes ago