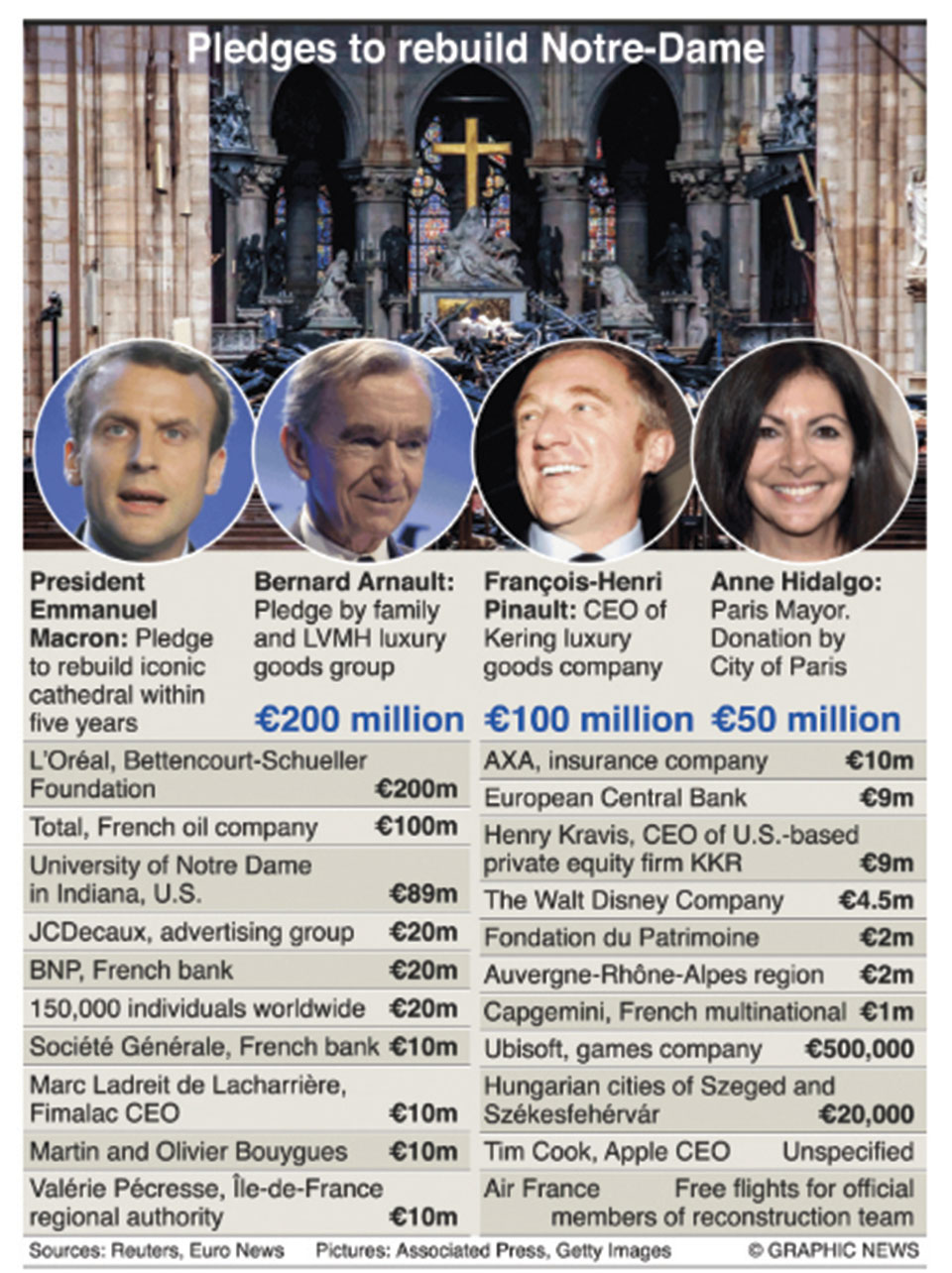 French President Emmanuel Macron has pledged to rebuild the devastated Notre-Dame Cathedral within five years, and less than 48 hours since the blaze began, tycoons, companies, local authorities and individuals have stepped forward with donations totalling some €900 million. Other pledges include free transport, timber and renovation work.

A pledge of €100m from Francois Henri Pinault, who heads the Kering luxury goods company, and €100m from French oil company Total.

Donations from over 150,000 individuals around the world add a further €20m to the total, while the Hungarian cities of Szeged and Székesfehérvár have pledged €10,000 each towards the cathedral’s restoration.