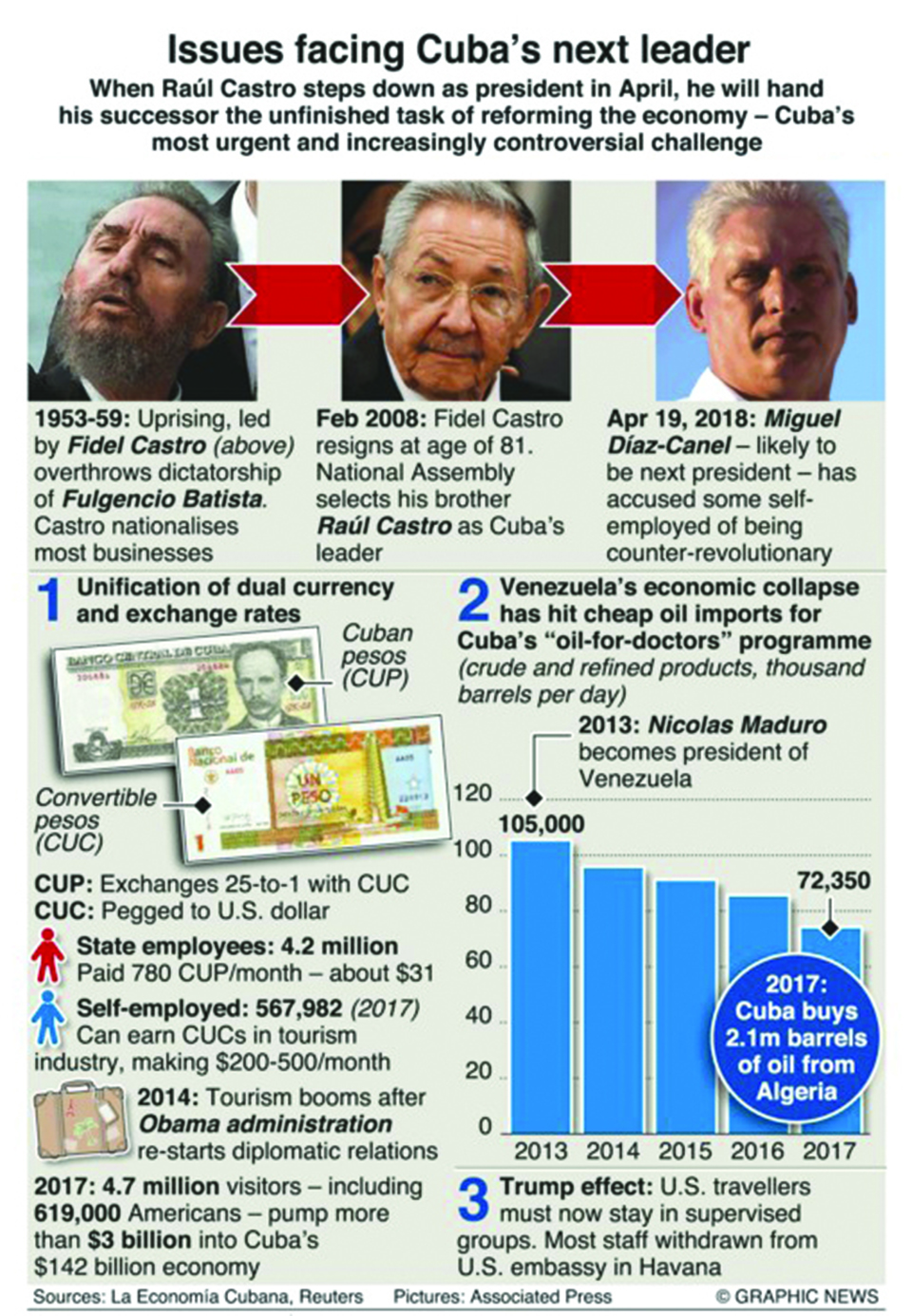 When Raúl Castro steps down as president in April, he will hand his successor the unfinished task of reforming the economy -- Cuba’s most urgent and increasingly controversial challenge.

The most challenging task that Cuba’s new president will inherit is the unification of the dual currency and exchange rates. The government has little margin for error -- it has no significant foreign reserves to cushion economic upheavals and no access to assistance from international financial institutions such as the U.S.-controlled IMF and World Bank.

Cuba currently faces a decline in shipments of cheap oil from the island’s closest ally, Venezuela. To offset lower supplies, Cuba bought 2.1 million barrels of crude oil from Algeria last year and will buy the same amount in 2018.

U.S. President Trump’s new Cuba policy, announced in June and recently written into law, bans U.S. citizens from doing business with dozens of entities that have links to Cuba’s military, intelligence and security agencies. Americans in Havana could break the law by ordering the wrong Cuba Libre, including Tropicola, the soda marketed by government conglomerate Cimex, as well as two of its rum brands, Ron Caney and Ron Verdadero.